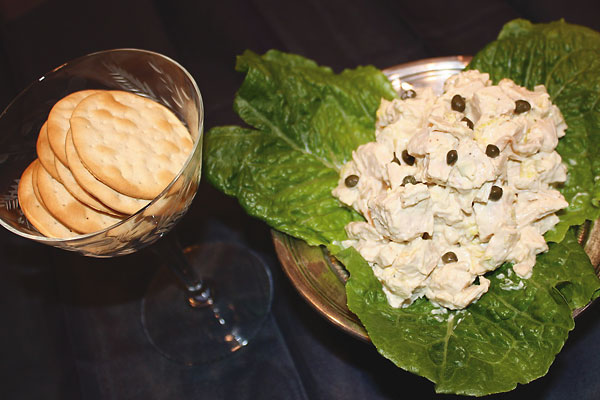 “One of the prettiest home weddings of the season was that of Miss Etta Scofield and Roy H. Tracey, Wednesday evening at 8 o’clock at the home of the bride’s parents.”

“The house was profusely decorated—smilax and carnations predominated in the parlors and roses prevailed in the dining room. After congratulations had been showered on the happy couple an elaborate supper was served. The table was handsomely decorated,” reported the Iowa State Reporter on January 4, 1898.

Wedding ceremonies in the Victorian era varied from simple home services to lavish grand affairs. Geography, social status, religion and cash flow often dictated which type of wedding was held. Gifts given to the blushing bride and groom ranged from money to tangible items, such as blankets, crockery, dishes, furniture and livestock.

Many Old West weddings were simple affairs—some with meals and some without. Couples were often married in the bride’s parents’  home, received gifts and then left for their honeymoon or their new home. Alma Miles recalled her wedding day at her parents’ house, where, at 16, she married 21-year-old Jack Miles of San Angelo, Texas, on March 20, 1887: “…we married at the old Bailey home on the T&F Ranch. A big dinner followed the ceremony, and the festivities ended in a big square dance that night. Each friend took a piece of my wedding veil as a souvenir, and my husband and I came to San Angelo the next day in grand style….”

Some people used marriage as a means to an end. In Reno, Nevada, a couple showed up on a preacher’s doorstep on the evening of February 18, 1880. The nicely dressed man and his bride-to-be produced a marriage license and asked the preacher to marry them on the spot. The preacher saw no harm in this since they looked legitimate. The new groom was so thankful that he wanted to give the preacher $10. The groom handed the preacher a $50 bill and asked him to deduct the $10 from that. The preacher rounded up the $40 in change and gave it to the man. The poor preacher found out the next day that no couple was honeymooning in Reno and the $50 bill was counterfeit.

Wedding breakfasts were the most popular post-wedding ceremony event. As the 19th century neared its end, wedding suppers or receptions began replacing breakfasts. Only the time of day and location changed; the food served was not much different. Breakfasts were served early in the day in the parlor at a private residence, while a reception was more elaborate, held in the afternoon or later, in the dining room or library. The wedding cake was cut and placed in small boxes so the guests could take their piece home as they left.

Chicken frequently appeared on the wedding menu, as was the case at Clarence Lowry and Carrie Hart’s reception in September 1889 in Dewitt, Iowa. Yet their pressed chicken supper offered a nasty surprise. The next morning, the newlyweds, the bride’s mother and others made a breakfast of the leftover chicken. Within hours, the groom became violently ill. The others soon followed, but all recovered. The Omaha Daily Bee wrote, “It is thought that some poisonous quality was attached to the chicken which was brought out by chemical changes after it had been exposed to the air.”

The menu items were as varied as the services and parties themselves. The Ft. Worth Daily Gazette suggested these items for an October wedding in 1887: Ham, turkey, scalloped oysters, shrimp and chicken salad, hot rolls, pickles, olives, cheese, caramel, angel food, fig, ice cream cakes and foreign and domestic fruits. The Kansas City Star printed a similar menu in its June 1893 paper. Shared here is a recipe for chicken salad, from the July 1, 1895, Omaha World Herald.

Combine the eggs in a bowl and whip well. Add the salt, pepper, vinegar, mustard, and lemon juice. Slowly add the oil, drop by drop, while whipping the entire time. Do this until the oil is gone and you have a smooth, creamy mayonnaise.

*Substitute pre-made mayonnaise, but add the mustard and taste the salad for seasoning. Adjust with salt and cayenne pepper.

Boil a chicken and remove the meat. Cut or tear into bite size pieces. Add the celery and mayonnaise and stir to combine. Place a scoop of the salad into a lettuce leaf and garnish with a few capers.