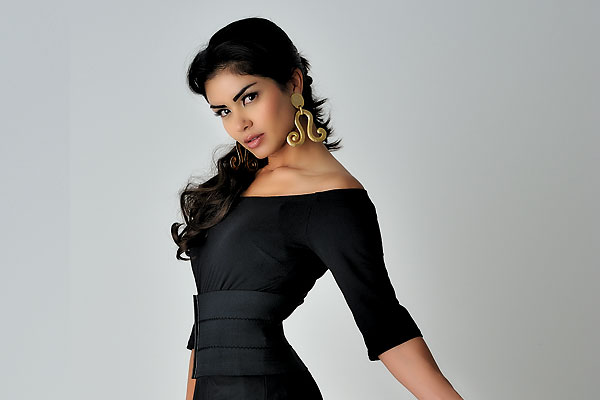 I wear a sombrero, silk neckerchief, fringed buckskin shirt, sealskin chaparajos or riding trousers [sic]; alligator hide boots; and with my pearl hilted revolver and beautifully finished Winchester rifle, I shall feel able to face anything.”

In the above portion of his letter to his older sister Anna, 25-year-old Teddy Roosevelt enthusiastically described his outfit for an extended hunting trip into Montana in August 1884. Although Western apparel as a style category would not fully emerge for another 60 years, Roosevelt expressed the essential elements of Western style to his sister.

He wrote the letter at the Chimney Butte Ranch near Medora in the Dakota Badlands. He had bought into that ranch the previous year while staying as a guest at the nearby Custer Trail Ranch. Roosevelt had fled west—abandoning his newborn daughter Alice and a budding political career—to deal with his grief over the deaths of his first wife and his mother within hours of each other in his New York home. He ended up spending much of the next few years living the life of a cowboy and rancher. He embraced the cowboy way of life, right down to the spurs and the cattle.

From his first leather-and-buckskin attire, which he dubbed his Leatherstocking outfit, to his pairings of a buckskin shirt with other cowboy garb of the day, Roosevelt was a big fan of the soft, grayish-yellow leather made from the skins of deer or sheep. Buckskin represented America’s “most picturesque and distinctively national dress,” Roosevelt wrote a friend. It was the attire worn by Daniel Boone and Davy Crockett, and by the “reckless, dauntless Indian fighters” who led the “white advance throughout all our Western lands.”

While Roosevelt’s cowboy phase lasted just a few years, partly due to the financial hit he took when he lost 60 percent of his cattle in the harsh winter of 1885-86, his experiences in the West shaped his hard-charging politics and he went on to become the “cowboy president.” In turn, he helped shape and develop the environmental and cultural attributes of the West as we now know it. The publicity of his experience alone encouraged Americans and Europeans to flock to the West to see its beauty and experience the unique culture that grew out of cowboy customs and mythology. One of the results of that interest in the West was the development of guest ranches, also known as “dude” ranches—an unflattering reference to the young Teddy Roosevelts in the world.

Ironically, Custer Trail Ranch, Roosevelt’s point of entry into the West, may have been the first ranch to charge guests a fee to stay there. Custer Trail Ranch was also hit hard by the winter of 1885-86. To help make up the lost income, the owners began charging guests $10 a week to stay with them. The idea caught on, and guest ranches began popping up all over. By the 1920s, guest ranches were one of the most popular vacation choices in the United States. Vacationers flocking to guest ranches, the popularity of cowboy movies and music as well as Wild West shows and rodeos augmented the growing population in the West and helped to set the stage for America’s only homegrown apparel category—Western.

The Western style did not fully emerge until after WWII. That’s when a new group of manufacturers began making shirts for the real ranchers and cowboys who wanted to look like the ranchers and cowboys they were seeing in movies from Hollywood and in rodeo arenas. Big hats, fancy boots, bandannas and denim jeans were already universally recognized as parts of the cowboy’s work attire; cowboy shirts were intentionally designed to complete the look.

All these idiosyncratic cowboy clothes and accessories were more than mere affectations—they were part of the cowboy’s work uniform. Every part of a cowboy’s wardrobe addressed some aspect of his job or his environment, and his shirts were no exception. Yokes were a second layer of cloth meant to provide additional protection from the elements. Visually, yokes also broaden the shoulders and enhance the wearer’s physique. Barrel cuffs protected the wrists and replaced leather cuffs worn by many cowboys working in brushy country. Snap buttons were a break-away safety feature if a cuff or shirt body was caught on a branch or bull’s horns.

Just like young Teddy Roosevelt, tourists who went West to the dude ranches adopted the basic cowboy attire not only as a practical matter, but also to emulate their Western heroes. Ditto the movie and rodeo fans crowding into theaters and onto arena benches to thrill at the exploits of their cowboy heroes. The rapid development of Western apparel from work wear to sportswear established Western as bona fide lifestyle attire that continues to be worn throughout the West, especially at Country and Western music festivals and clubs, poetry gatherings, rodeos and barbecues around the world.