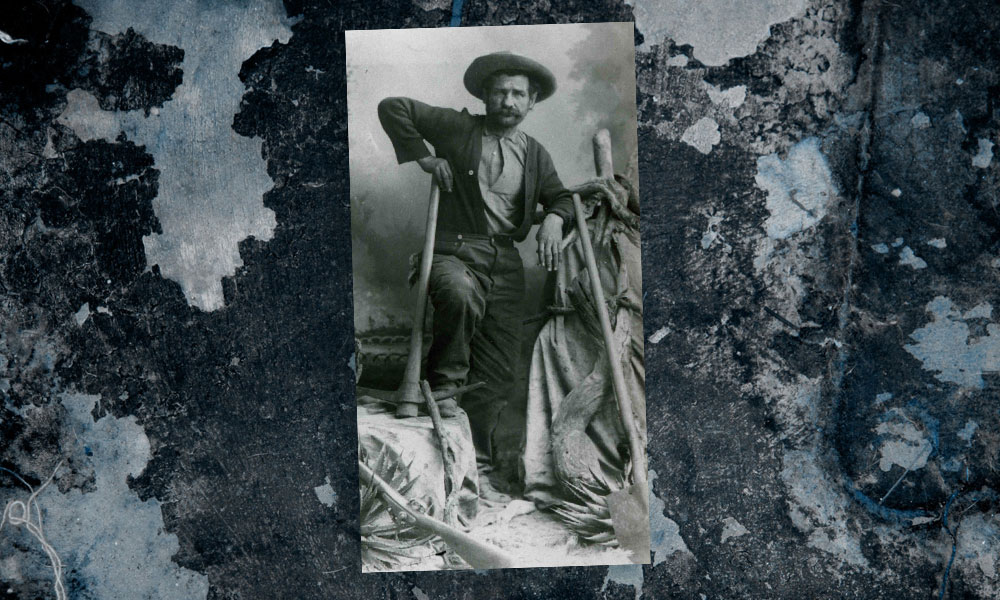 Poor ol’ George Warren led a rough life. His mother died when he was an infant and his father was killed in an Apache raid. Young George was taken by the band and a few months later sold to a party of miners for 20 pounds of sugar. He grew up in the company of the rough and tumble miners and by the time he was grown George had acquired all their vices, especially alcohol.

In the spring of 1877, Lt. John Rucker and Sgt. Jack Dunn on patrol in southern Arizona, discovered a rich outcropping of copper ore at the south end of the Mule Mountains. They were too busy soldiering file a claim so they grubstaked George and made him a partner. He was to file a claim in all their names but on the way he got drunk and misguided by some cronies. He filed the claim but neglected to file the names his partners.

Three years later while George was celebrating Bisbee’s July 4th holiday festivities, he got drunk and wagered in he could outrun a man on horseback up a street named Brewery Gulch. Bets were placed and the race was on. George led briefly but the horse soon left him in the dust. George had bet and lost his share in the mine the soldiers located. It would become the fabulous Copper Queen, eventually producing some 13 million in gold, silver and copper.

The mines around Bisbee eventually produced 6.1 billion dollars 2.8 million oz. gold, 77 million pounds of silver and 8 billion pounds of copper making the town one of the richest mining towns in the West.

George died alone and penniless but somewhere along the way a photographer had taken his photo and it eventually wound up on the wall of the local Bank of Bisbee.

When Arizona was preparing for statehood in 1911, a group of men were busy designing a new state seal and they wanted something that epitomized the new state. It had a mine headframe, sunset, irrigated fields, water storage dam and a cow; just about everything representing the new state except a human. William Brophy, a local mine owner, was in the bank one day, looked up and saw George’s photo on the wall. The rest is history. The ol’ scoundrel unwittingly gained immortality on the Arizona State Seal.