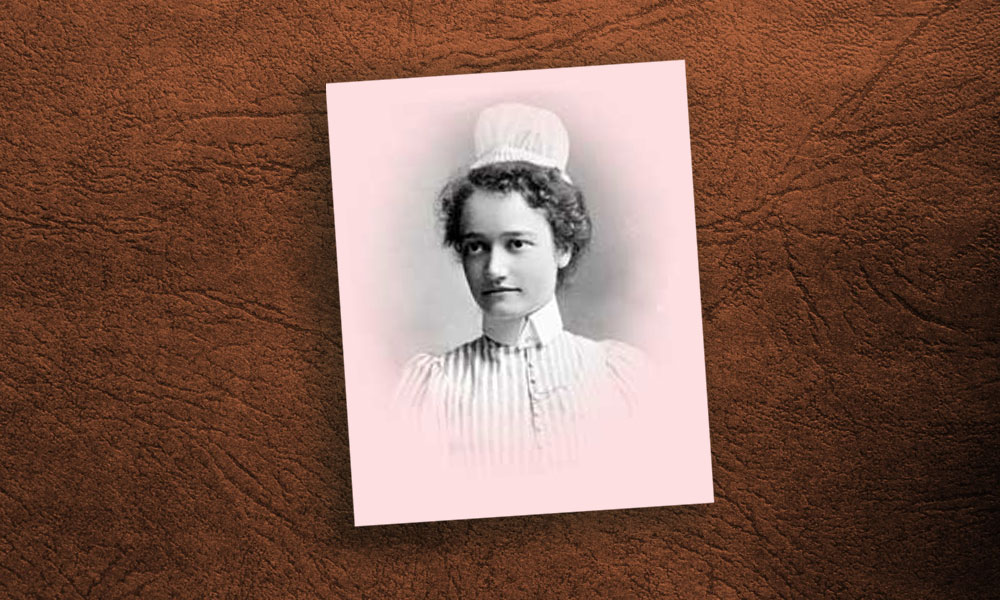 Josephine Williams was born in the Sand Hills of Nebraska, went to nursing school in Chicago. She graduated from nursing school in 1903 just prior to being diagnosed with tuberculosis, a probable death sentence in those days. Her doctor asked if she’d ever heard of Phoenix, Arizona and she replied, “No, but why?”

He told her that Arizona might be a place where she might survive the dreaded disease. This strong-willed young lady made up her mind to get to Phoenix come hell or high water.

She stopped off in Nebraska to tell her family she was “escorting” a TB patient to Arizona and off she went. She had just enough money to buy a ticket on the Santa Fe Railroad to Ash Fork, 196 miles north of Phoenix. Upon arriving in the small railroad town she asked the station agent how to get to Phoenix and he pointed to the tracks heading south so she started hiking down the Santa Fe Prescott & Phoenix Railroad line.

She’d walked a couple of miles when a freight train hauling a load of fragrant-smelling cattle stopped and a brakeman offered her a ride in the caboose to Phoenix. So Phoenix’s first “trained nurse” rode into Phoenix in style in the caboose of a cattle train.

Jo’s health improved immediately and one day she walked into a local department store and caught the eye of the owner. He was a most eligible bachelor and she was the only trained nurse in town. It was love at first sight.

Baron Goldwater and Josephine Williams were married on New Year’s Day 1907. Exactly two years later a son was born and they named him Barry. Two more would soon follow.

Over the years she took her three children, Barry, Bob and Carolyn on camping trips around Arizone in their big Chambers Touring Car. She was driver, mechanic, cook and trail boss taking them to every remote corner of the new state; from Hopi and Navajo country to Springerville and the White Mountains; to the Mexican border. She packed a rifle in case a rattlesnake crawled into the camp and around the campfire at night she read books to them on flora and fauna, geology, Southwest culture and history.

Josephine Williams, stricken tuberculosis and given a slim chance of living in 1903, thrived in the Arizona sunshine for 63 more years.

Her oldest son, Senator Barry Goldwater, always credited this amazing woman the family called “Mim” with giving and nurturing his love and passion for his native state.