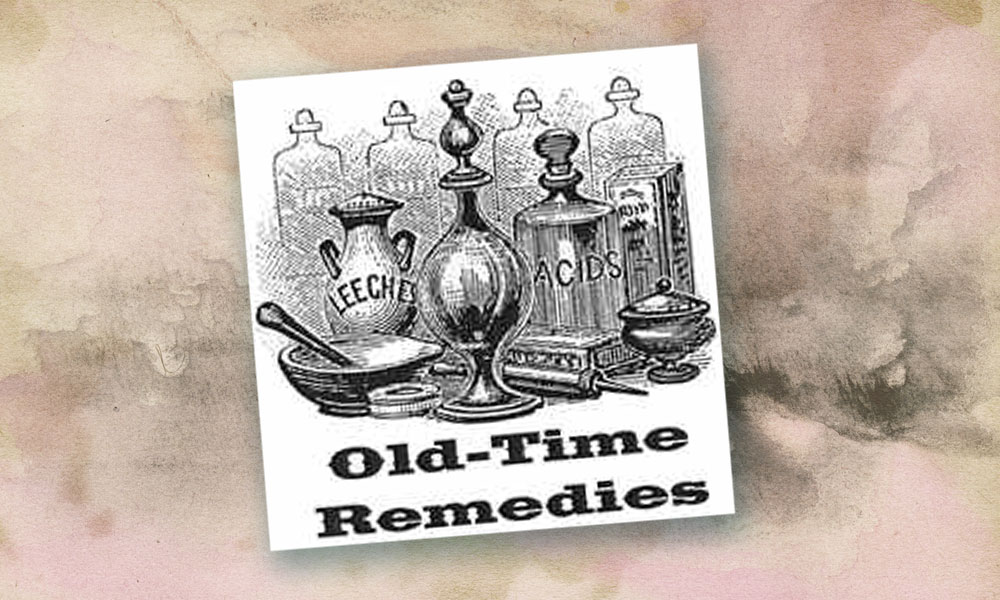 Staying healthy was a must in the old west, as there weren’t many doctors around and besides, being sick got in the way of chores. So booklet after booklet informed pioneers about hints for health that still seem so very useful today. Here’s a few:

–One should be cautious entering a sick room while in a state of perspiration, for the moment you cool down, your pores absorb the illness.

–Do not approach contagious diseases with an empty stomach or sit between the sick and the fire, because the heat attracts the vapor.

–Nervous spasms are usually relieved by dissolving a little salt in the mouth.

–Wind colic is promptly relieved by essence of peppermint taken in a little warm water.

–Hot water is better than cold for bruises. It relieves pain quickly and will prevent discoloration.