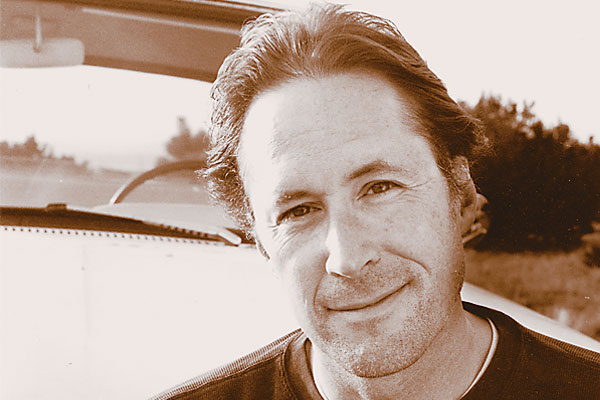 At first, I thought of Kit Carson as a quasi-fictitious character, some mythic gunslinger or Wild West show performer. I didn’t realize he was a real person, and that his life was a thousand times more interesting than the caricature.

Carson taught me that heroism is more often in the eye of the beholder. Anglo Americans used to think he was a hero. American Indians, especially the Navajo, thought he was a genocidal maniac. How can this be the same person?

The Navajos showed me that American culture is not inevitable or omnipotent. While driving across Navajo country, you reach a point where you can hear only Navajo voices on your car radio. It’s a nation within the nation, and I love that!

The biggest misconception shared by Carson’s detractors is that he was a vicious Indian hater. Not true. His first wife was Arapaho. His second wife was Cheyenne. He spoke a half-dozen Indian languages and formed lifelong alliances with many tribes.

Most people don’t know that Carson was illiterate. Although he was the subject of countless dime novels—the so-called “blood and thunders”—and was compared favorably to Hercules in Melville’s Moby Dick, he couldn’t read these accounts. His illiteracy was always a source of embarrassment, and it’s one of the reasons he never fully came to terms with his own celebrity.

In describing the Long Walk, most historical tomes create the impression that the Navajos were innocently tending their flocks and cornfields when the U.S. army suddenly swooped down, bent on extermination. Not true. The Navajos were expert raiders who’d been fighting a centuries-old war with the Spanish. In conquering the southwest, the U.S. inherited that ancient war. It was a brutal conflict, unquestionably, but it didn’t come out of nowhere.

The characters in my book are not only dead—they’re good and dead. But I live in Santa Fe, the new-age capital of the world. So I had . . . a séance. My book is based on direct communication-“channeling” as they say—with Kit Carson himself. How can you beat that?

I was shocked to discover that the “winning” of the West was really just a bald land grab of gargantuan proportions. In 1846, President Polk gazed toward the Pacific and decided he wanted it all.

My last book was about survivors of the Bataan Death March during WWII so I guess I’m drawn to death marches. The Long Walk was similar—a great human exodus that perhaps made sense to its planners, but quickly devolved into chaos, misery and widespread death. The lesson? Forced removals of human beings never go according to plan.

History has taught me that there are no white hats or black hats. Good and bad mingle in us all.

The best advice I ever received was never to talk about the book you’re working on. A professor at Yale once told me that great books are written under great pressure, and if you relieve the pressure a little bit at a time-talking to your friends and colleagues and what have you-you’ll never write the damn book!

Don’t even get me started on Western explorer John C. Fremont. He was brilliant, yes, but always the first to to admit it. Although he lived in the golden age of windbags, he topped them all.

Hampton Sides is editor-at-large for Outside magazine and the author of the Kit Carson biography, Blood and Thunder, published by Random House. A graduate of Yale with a B.A. in history, he lives in New Mexico with his wife Anne and their three sons.

Hampton Sides is editor-at-large for Outside magazine and the author of the Kit Carson biography, Blood and Thunder, published by Random House. A graduate of Yale with a B.A. in history, he lives in New Mexico with his wife Anne and their three sons.