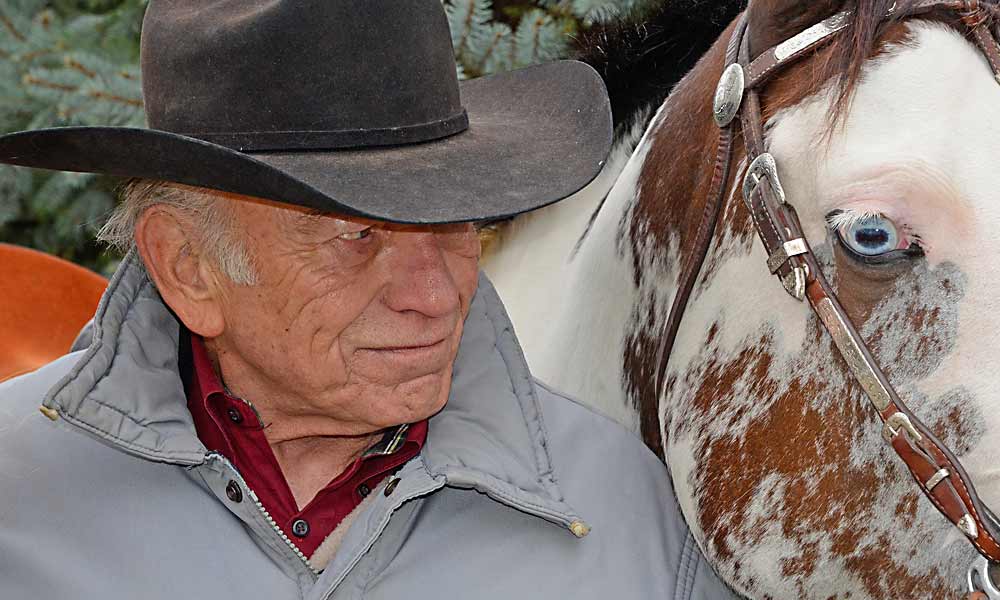 I was expelled from high school the day before graduation, and since I did not have my records to get into college, I attended New York University, where my dad was a professor for 42 years. No one wants to go to a school where their father is a teacher.  But I found that the department of dramatic art at the school of education was right up my alley.

At the end of my junior year, I took a vacation to California to see my mother. I got a contract at MGM in seven days, and that was the start of my career.

After the first year, MGM dropped me. Then I signed a seven-year contract with 20th Century Fox. Fox gave me three big parts: in Elvis Presley’s first picture, Love Me Tender; in Pat Boone’s first picture, Bernardine; and in the Delmer Daves Western The Last Wagon.

I started doing episodic television, including Gunsmoke, The Rebel and Stagecoach West, when Fox dropped me.

I was raised at a ranch in Oregon. When an actor got an audition for a Western, he’d get asked, “Can you ride a horse?” I’d been riding since I was in diapers. Most of the actors would lie about it, and the posse would ride off in all directions.

When I moved to Texas, around 1975, I really became a horseman. I had a lot of great professional trainers who let me ride their million dollar horses. I started winning cutting horse and reining horse competitions, and doing all sorts of things with
horses that I never even thought of when I was doing pictures.

In Ride the High Country, my gang of hard-rock miners, we had John Davis Chandler, Warren Oates, L.Q. Jones and John Anderson all playing my brothers. My God, you put that bunch of actors together—we were electric! We were a worthy group of bad guys to oppose Joel McCrea and Randolph Scott.

Working on Trackdown with Robert Culp was more fun than a barrel of monkeys. As Orson Welles used to say, making movies is the best set of electric trains any boy ever had.

My favorite film I acted in for Walt Disney was Ten Who Dared, the story of the first party of men who went down through the Colorado River rapids, after the Civil War.

The integrity of my Virginian character came from my maternal grandfather, John Crawford, who had come west with a wagon train from Missouri when he was 16 or 17 years old, around 1885.

If Andrew Fenady’s The Yank pilot I acted in had sold, I never would have starred in The Virginian.

Of all the men who played the owner of Shiloh, I loved working with Lee J. Cobb. His acting was incredible, and he did a wonderful job in it, and he hated the show. He once said that if he had the money, he’d buy The Virginian films up and make banjo picks out of them.

One episode that stands out is “The Mountain of the Sun,” about three missionaries, with Dolores Hart, who, three or four days after that show, entered a nunnery. I drove her into a convent!

Doug McClure died way too young. His death is a big hole in my life because I talked to him three times a week for 30 years.

I attribute the success of The Virginian to its 90-minute format, which allowed our writers to write big, important, juicy, meaty guest star roles for men and women. Actors will walk barefoot over broken glass to play roles that they want to play.

Born in New York City on April 18, 1934, James Drury lived the cowboy life at his grandparents’ ranch in Oregon. After acting in a few movies and TV shows, he took on his best-known role as the star of NBC’s The Virginian, the third-longest-running Western to air on television, behind Bonanza and Gunsmoke. In 1991, he was inducted into the Hall of Great Western Performers at the National Cowboy & Western Heritage Museum in Oklahoma City, Oklahoma. He lives with his wife, Carl Ann, in Houston, Texas.