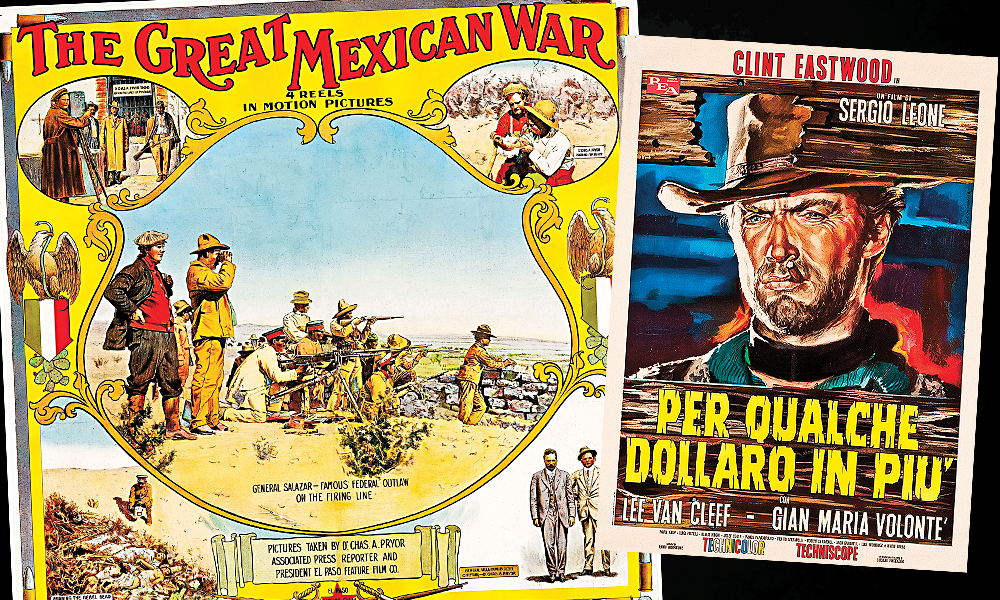 A man first deemed to be a swashbuckler quickly spiraled into a scam artist. That man, Dr. Charles A. Pryor, stands next to rebel leader Pancho Villa in a mysterious poster, titled The Great Mexican War, indicating this “Mexican War” was likely the Mexican Revolution.

The poster credits Pryor as an Associated Press reporter and the president of El Paso Feature Film Company. When Robert Sharpe’s son found it in the basement of his new home in San Francisco, California, Sharpe called on Wes Cowan, auctioneer of Cowan’s Auctions, to help him learn its story, which unspooled nationwide on PBS’s History Detectives on January 5, 2007.

A collector purchased the gigantic—81 inches by 83 inches—six-sheet chromo-lithograph of The Great Mexican War at Heritage Auctions on November 22, 2015, for a winning bid of $5,500. A broadside promoting “Mexico at War and Peace Moving Pictures” accompanied the poster.

Cowan’s investigation revealed that the film was never copyrighted, and it was likely four reels of miscellaneous war footage. When Pryor showed his film in El Paso, Texas, in 1914, the Alhambra movie theater was brand new, and El Pasoans were spending more on movie tickets than on bread.

Turns out Pryor, though, was not an upstanding movie distributor, nor an Associated Press agent, although he did leave behind footage he shot of the Mexican Revolution that can still be seen today. The same year he toured the country with The Great Mexican War, he was arrested for grand larceny; he swindled theater owners and never delivered the movie.

The nation was hungry for Villa films, as Americans celebrated the general as a hero…until the U.S. began supporting Villa’s rival. A century ago, on March 9, the betrayed leader raided Columbus, New Mexico, and killed innocent civilians and soldiers. Villa changed his identity as quickly as Pryor had—from hero to villain.

Along with this missing link to the Mexican Revolution, other Western movie posters found new homes. Collectors earned nearly $1.75 million for their vintage movie posters.