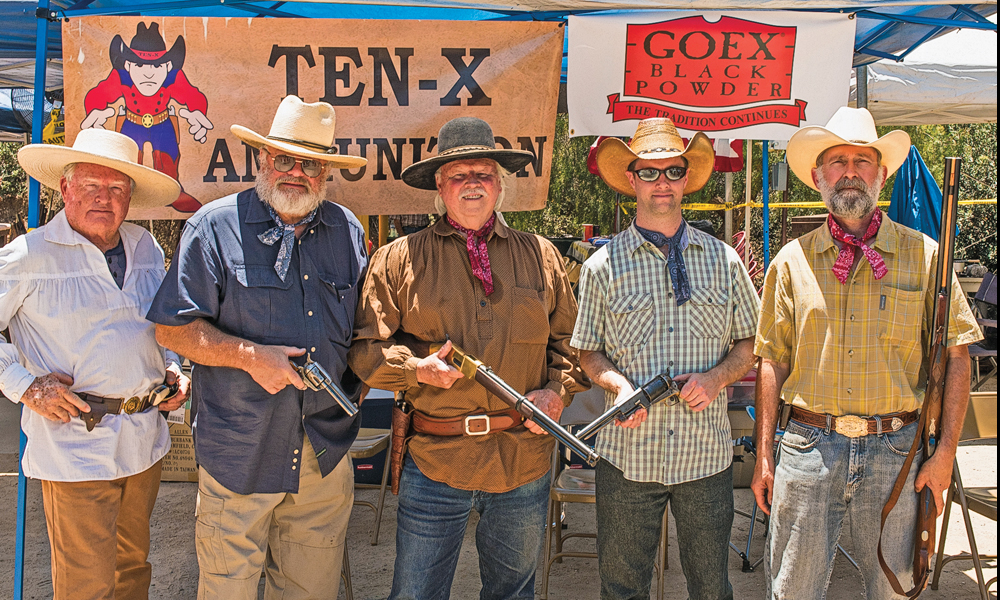 How many times have you heard someone looking at an antique firearm on display in a museum say, “I wonder how that works?” or “I wonder what it would be like to shoot one of those things.” Well, thanks to Ben Fitzsimmons and Robyn Hetrick of the Programs and Public Events Department at the Autry Museum of the American West in Los Angeles, members of the general public enjoyed a couple of unique opportunities to find out just how the weaponry of the Old West functioned—and actually shoot them!

To offer a better understanding of the firearms on display at the Autry, as well as to encourage more people to visit and enjoy the Autry’s vast collection of frontier Americana, the museum hosted black powder shoots last June and September. Held at a private shooting range, guests enjoyed a day of hands-on experience in shooting authentic replica firearms of the Old West.

This writer was brought in to help develop and coordinate these shoots, supply guns and ammo and serve as a firearms loader/instructor for the guest shooters. To assist me in these tasks, I enlisted the aid of retired law enforcement officers and antique arms experts Al Frisch, who owns Hollywood Guns and Props (movie gun rentals), and John Rives and his lovely wife, Pat, of Sentinel Services (security firearms training). Chief Conservator Richard Moll, who is also an avid black powder shooter, jumped in as well to assist. At the range, several members of the Panorama Sportsmens Club served as volunteer safety/range instructors.

In order to keep the firing line running safely and smoothly, each shoot was limited to 30 guests per day. Several stations were set up, each designed to handle specific types of guns. One table was set aside for flintlock muzzle loaders, another for caplock long guns, one for percussion revolvers and two for metallic cartridge firearms. This allowed for each guest to fire a few rounds from any one gun of their choice of a particular era, then move on to another station to try their hand with other types of guns from other periods.

After everyone had a chance to shoot at each station, we allowed them to return as often as they wished to try different arms at each firing table. Generous support came from Goex Powder, Inc., which supplied the black powder; Ten-X Ammunition, which loaded thousands of rounds of .44-40, .45 Colt and .45-70 black powder cartridges; and Dixie Gun Works, who provided Minie Balls, Ox-Yoke Wonder Wads and other muzzle-loading shooting supplies.

While each type of firearm was well received by the guest shooters, the hands-down favorites were the flintlock rifles, the Peacemaker Colts, lever-action Winchesters and, surprisingly, the big heavy Sharps buffalo rifles—even with the women folk. By the end of each day, everyone had had plenty of trigger time, and a smokin’ good time was had by all. A tip of the old sombrero to the Autry Museum for coming up with this hand-on idea to better educate and entertain the public.