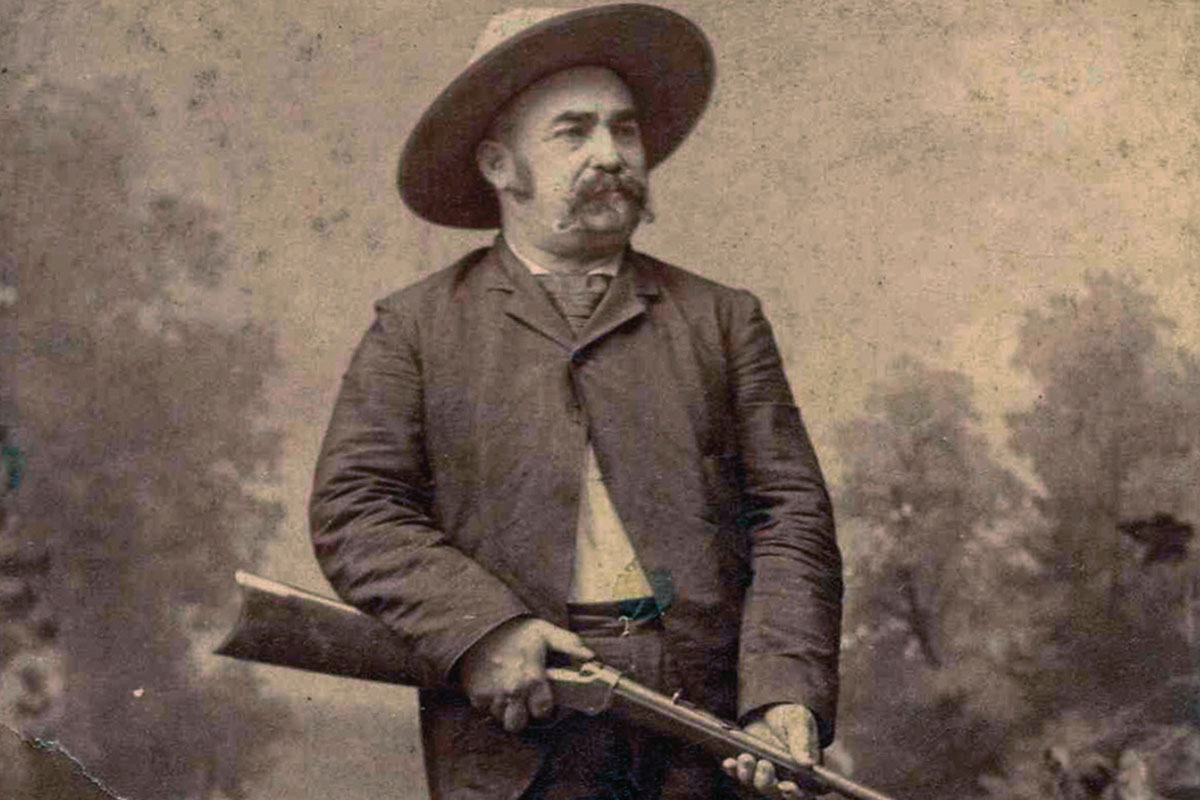 John X. Beidler was one of Montana’s best known pioneers. A leader of the Montana vigilantes in the 1860s, he played a major role in breaking up the outlaw gang led by Henry Plummer, the archetypical crooked frontier sheriff. Although a small man, standing but five feet, five inches tall, he was a figure larger than life on the frontier. And like the mountain men who came before him, “X,” as he was called by his comrades, loved to tell often exaggerated stories of his career. Yet one aspect of his adventurous life has been almost totally forgotten: his service as a Wells Fargo shotgun messenger from 1870 to 1877.

With his good friend Mike Tovey, Beidler guarded the company’s shipments on the long route from Helena to the Union Pacific Railroad depot in Corinne, Utah. Although he had several hair-raising encounters with road agents, he preferred to recall the humor in his work. Wells Fargo agents tried to maintain secrecy when large treasure shipments were made. But on one occasion Beidler learned that it was common knowledge in Helena that a big shipment of gold dust was to be sent to the railroad in Corinne.

Just before the stage was to depart, “X” told the agent to hold the shipment until the next day. The agent sent out the stage with a near-empty express box, and sure enough, the coach was held up and robbed near the Snake River. The next day Beidler boarded a southbound stagecoach and brought the gold shipment to Corinne safely. When he arrived at the train depot, he found a dispatch waiting for him from Theodore Tracy, the Wells Fargo agent in Salt Lake City, which read, “Beidler, why in hell ain’t you there when our coaches are robbed?”

Beidler fired off a telegram in response: “Why in hell don’t they rob them when I’m there?”

The messenger was furious and took a train into Salt Lake City to see Tracy and hand in his resignation. As soon as Beidler stepped into the Wells Fargo office, Tracy demanded, “Well, X, you got my dispatch?”

“And you got my answer,” Beidler replied.

“Yes, and it was just as good as I sent. What are you doing down here?”

“Oh, go on back to work,” said Tracy resignedly. “I’ll raise your wages.”

In 1877 Beidler resigned his position as a Wells Fargo shotgun messenger to become a deputy U.S. Marshal and Indian scout. His frontier life was grueling. Three years later a friend wrote, “Beidler is getting prematurely old from hard riding, exposure, etc., and his services have almost always been but very poorly paid.” As late as 1889, he took part in a manhunt for two robbers who had committed a double murder. But his health continued to fail and he died in Helena on January 22, 1890, poor in pocket but rich in legacy.

“John X. Beidler: A Shotgun Messenger in Old Montana” is excerpted from John Boessenecker’s book, Shotguns and Stagecoaches: The Brave Men Who Rode for Wells Fargo in the West.