Traditions of the West 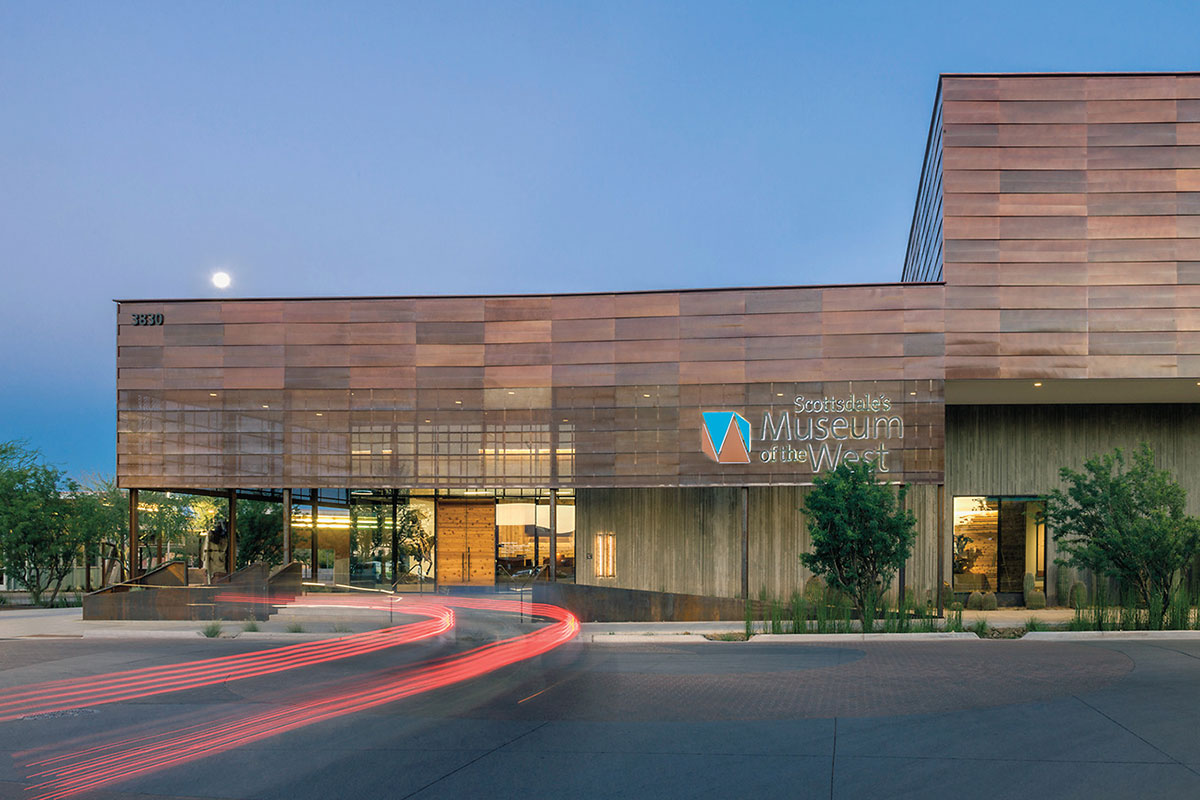 Museums are recognizing, celebrating and interpreting the traditions of the American West through exhibits that are anything but traditional as they combine art and photography with storytelling and artifacts. Whether the subject is cowboy gear or prehistoric homelands or the trickster stories of coyote or the legends of the OK Corral or Deadwood, there is a story for everyone.

Developing new museum exhibits is a long process, and the reimaging of a major institution is even more challenging. But when all the planning and fundraising are complete, when the exhibits are built, the films finalized and the artifacts in their new cases, the result is something to celebrate. Significant projects during the past year include Western Spirit: Scottsdale’s Museum of the West’s repositioning its marketing, permanent and rotating exhibitions under the new theme “See the West from a Whole New Perspective;”  the opening of new galleries at the Cody Firearms Museum; and at the Cowboy Arts and Gear Museum in Elko, housed in the saddle shop and home of legendary silversmith G.S. Garcia.

We’ve visited museums all across the West, even as far north as Alaska, to bring you this year’s Best of the Western Museums.

This year, in addition to the ongoing exhibits of cowboy gear and ranch artifacts, the museum featured an exhibition titled “Will James Cowboy Artist and Author.” Watch for Paul Calle’s “Life of Exploration: From the Mountains to the Moon,” coming in February 2020.

The July opening of the redesigned Cody Firearms Museum squarely places the BBCOW on our top museum list. Years in the making, the firearms museum still features its extensive collections of weapons, but they are presented in new exhibits allowing visitors to see the guns and learn more about their designs and production.

What’s not to like about a museum that has on display a Fox F grade shotgun owned by Theodore Roosevelt? The gun was given to Roosevelt and he used it on an African safari. In 2010 it was purchased by Jason Roselius for $862,500 and placed on loan to the PPHM this year.

Construction is underway on the new Boot Hill Museum, expected to open in 2020, but most areas of the existing museum are open, including the Long Branch Saloon, People of the Plains building, the Rath General Store, the First Union Church and the Beeson Gallery.

While most will want to see the courtroom of Judge Isaac Parker—the U.S. federal judge in the western District of Arkansas, who became known as “the hanging judge”—this site also is a place to walk a portion of the Cherokee Trail of Tears.

We love road-tripping to find the unique and historical spots and to identify museums that are offering outstanding exhibits, so the Willard J. Page “Artist on the Southwest Road” hits on all cylinders. Page and his wife, Ethel, took their “motor home” on the road in the early 1900s, traveling the Southwest. He set up easels on railroad platforms and painted the Southwest scenes he saw, selling the “baggage-sized” original oil paintings to train travelers. His work has been on display this year at Sharlot Hall.

From the high art of American Indians to military uniforms from the 19th-century cavalry to more recent soldiers, the Nelson’s artifacts tell the stories of the West. Working with military commanders today, the museum also provides scholarships and support to military families.

For the Duke’s birthday celebration this year the museum highlighted the 50th anniversary of his Academy Award-winning performance in True Grit. The museum has a collection of memorabilia from the actor’s film career.

Located in Omaha’s Union Station, this museum highlighted the 150th anniversary of the linking of the Union Pacific and Central Pacific railroads with the exhibit “After Promontory: 150 Years of Transcontinental Railroading.” DurhamMuseum.org

“Ancient. Massive. Wild,” an exhibit about bison from prehistory to the present, was a main attraction at the heritage center this year. “A Texas State of Mind” featuring the art of Larry G. Lemons opened in July for a three-month run.

The “Centuries of Change” exhibits reflect the complex culture of the Hohokam people and how they used desert plants and animals for a variety of needs from food to clothing. A trail to the ruin site provides views of a Hohokam platform and ball court. The “Doorways to the Past: Hohokam Houses” exhibit features an adobe compound and pit house cluster.

Organized to recognize the history and traditions of the Buffalo Soldiers, this museum has a broad mission to preserve the legacy of African American soldiers. Re-enactors and theater actors provide special programs including “Day in the Life of a Buffalo Soldier” and “The Resurrection of Harriet Tubman in Escape to Freedom.”

Seven mountain man rendezvous took place in the Upper Green River area, and this museum celebrates that legacy. You can even see a gun that once belonged to Jim Bridger.

This museum features an exhibit of equipment from the Carson City Mint and demonstrations of pressing coins on the No. 1 coin press. In 2020 the museum will celebrate the 150th anniversary of that mint.

A blend of American Indian oral history and archaeological discovery.

Pioneer, farm and railroad stories come together in this recreated town.

Check out “Coyote Leaves the Res: The Art of Harry Fonseca,” an exhibit that highlights coyote—the trickster, shape shifter and storyteller—which is in place until early 2020.

Mountain man Jim Baker’s cabin is just one of the historic structures at this small-town museum.

A photo exhibit by Kevin Martini-Fuller celebrates the women and men who have shared poetry, story and song in the 35 years of the National Cowboy Poetry Gathering.

Five centuries of Mexican maps from the Yana and Marty Davis Map Collection opens in September.

The high elevation here is equaled by the collections of mining equipment, rare rocks and minerals, and even a replica of a mine tunnel.

Candy Moulton recommends a visit to the Wyoming State Capitol, which was reopened on July 10, following an extensive renovation that uncovered unique architecture and hidden art.