Lead and Negligees for Breakfast? 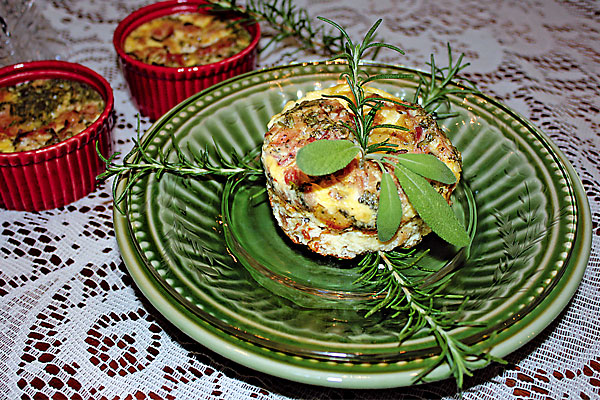 Cowboys had little time for breakfast, which must be eaten quickly and with no fuss.

“Each man, as he comes up, grasps a tin cup and plate from the mess box, pours out his tea or coffee…helps himself to one or two biscuits…to a slice of the fat pork swimming in the grease of the frying pan, ladles himself out some beans, if there are any, and squats down on the ground to eat.”

Teddy Roosevelt wrote that in an 1888 story, “Breakfast of the Cowboys.” Sounds yummy, doesn’t it—eating and squatting?

He suggested that cowboys had little time for breakfast, which must be eaten quickly and with no fuss. Other folks argued, and still do, that breakfast is the most important meal of the day.

What one ate for breakfast in the Old West varied. Where you lived, your ethnic background and your lifestyle often determined your meals.

The breakfast meal could have been as simple as toast or as fancy as a five-course meal. Items served included eggs, various roasts, sausages, bacon, fish, porridge, rolls, pastries, pancakes, potatoes, fruit, coffee, tea, hot chocolate and cereal. Breakfast cereals consisted of steel cut oats, rolled wheat, barley or rice—and by 1897, they had Grape Nuts cereal. Those dining at a breakfast party or in a restaurant often had wine with their breakfast; Claret seems to have been the popular type.

Many people ate the usual breakfast fare, but such was not the case at a breakfast table in Yellow Prairie, Texas, on September 27, 1886. The night before, a young man named Jack Campbell and his stepfather John Cairnes got into an altercation. The stepfather hit Jack with a hammer two or three times and then tried to choke him. They were eventually broken apart, but the tension festered. The stepfather was seated at the breakfast table the next day when Jack arrived to eat and started cursing at him. They began to fight again, and the stepfather pulled his six-shooter and fed Jack with three shots of lead.

Another Texas town reported a rash of breakfast break-ins where tramps entered into offices or homes and demanded they be fed. One lady in Denison was home alone after her husband had departed for work. A tramp stormed in and locked himself and the woman in the house. She told the 1878 Denison Daily News that he ordered her to “Prepare breakfast for him at once, and to be d—n quick about it.” She did, in mortal fright, and he left after he finished his meal.

A great deal of emphasis was placed on the woman of the house when it came to breakfast. Multiple newspaper articles and books included tips on how she should look, what she should say and what she should cook. The Colorado Springs Gazette-Telegraph printed a story about the latest fashion trend for women at breakfast—the negligee. Sorry guys, it was not see-through or skimpy. This negligee was a full-length silk gown with a high neck and skunk fur trim.

If you were on a budget or short on food, you would not want the well-know pugilist John L. Sullivan to dine at your place. In 1886 he was staying at the Baldwin Hotel in San Francisco. He ordered room service for breakfast by saying, “Bring us some.” The French waiter didn’t understand at first, but Sullivan explained, “Bring us the whole business.” Rather than choosing some items from the menu, he ordered everything on it. It took four waiters to deliver his breakfast, five tables to set it on and cost $150, which today equals about $3,500. He sampled each and every dish. Bon appétit!

Breadcrumbs, grind up about four slices of day-old French bread

Cold chopped meat of any kind, like bacon, turkey, beef or ham (optional)

Bake in a bain-marie or water bath by placing the cups into a shallow baking pan and adding water to come up halfway on the cups. Bake at 325°F for 30-35 minutes until the center is set. Use a knife to test—if it comes out clean, they’re done.