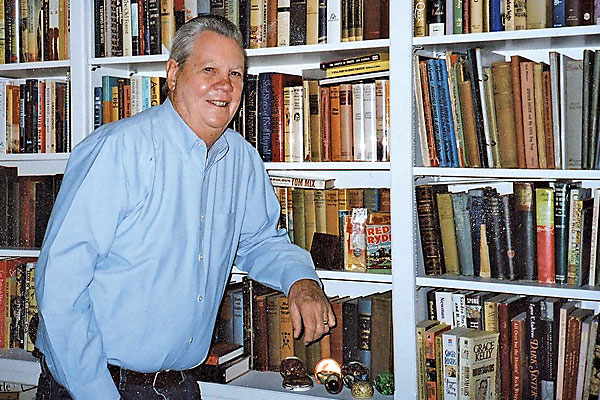 The guy who ripped me off the most was the late writer/director Richard Brooks. I adapted Jack (Shane) Schaefer’s historical book The Great Endurance Horse Race into a screenplay for Lorimar Productions. Lorimar offered the screenplay to Brooks to direct. He asked to buy it. Lorimar would not sell it. I picked up the LA Times one Sunday to see Brooks announce he was making Bite the Bullet, based on public domain materials. No one, not my agent, not Lorimar, ever called to tell me this had happened.

I hate it when I read in the media that someone over 65 or 70 is described as “elderly.” I am 75 and hardly consider myself, or any of my contemporaries, as “elderly.” It’s like describing “juveniles” or “adolescents” as being too old for zits.

Don’t get me started on the army of noisy, never-ending gas engine blowers invading quiet time outside my office once a week. Isn’t there a better way to clean up a parking lot?

History has taught me to respect anyone who has faced the enemy in war. In grammar school at the Quarter Circle V Bar Ranch School (now the Orme School of Arizona), I had a teacher who was a medic at the WWII battle at Tarawa. In high school, I had an RAF officer who, when 24 missions was the life expectancy over in Germany, had 52. I also admire my dear friends Max Evans, who served in the Army from Normandy to Germany; Alvin Ferneyhough of the 24th Division; and Pat Donahoe of the First Marines, who survived frozen Chosin in Korea (and a helluva lot more).

Best advice I ever got was from George Foster, professor of English at Washington & Lee University in Lexington, Virginia. After reading my first efforts at short story fiction writing, he said, “You are a sophomore. In Greek, that means ‘wise fool.’ Keep writing!”

My dad always told me, “Be honorable in what you do.” My dad received this advice from a Kentucky judge with whom he shared prohibition booze during his time as an advertising writer in Cincinnati in the 1920s. I am not perfect, but honorable is a good effort!

I got my break in three stages: 1) Being hired as a writer/trainee for NBC at New York’s 30 Rock between junior and senior years in college and meeting novelist Earl Hamner Jr., who is best known for his 1961 novel Spencer’s Mountain, which formed the basis for the CBS series The Waltons. 2) When the same Earl Hamner Jr. recommended my first novel Saturday to his New York literary agent Don Congdon, who took me on as a client and sold my novel to E.P. Dutton. 3) When I was down and broke, in my attempt to earn a living full time as a writer, producer Joe Wizan optioned a four-page outline called “Bonner” and gave me enough money to write the screenplay for, his choice, Steve McQueen.

Nobody knows that I wanted to be like Joe DiMaggio and hear the late Bob Sheppard call my name on the public address system as I wore Yankee pinstripes at Yankee Stadium.

People overlook my wife Dorothy. The first money spent from my Junior Bonner check was replacing the bald tires that took her, with two children, from Los Angeles to the Firestone dealer in Prescott, Arizona. In the ensuing and continuing years, she has had to share my professional selfishness as a writer, with its joys and pain, its successes and failures, money in the bank or waiting for the check in the mail.

My favorite place in Arizona is what is described as “up creek” on 27,000 acres of the Quarter Circle V Bar Ranch near Mayer—an area of riparian beauty shadowed by three mesas where ancient American Indians once lived. My dream is to film a documentary, much like Disney’s 1953 nature documentary The Living Desert, of this pristine area and its fight for natural survival.