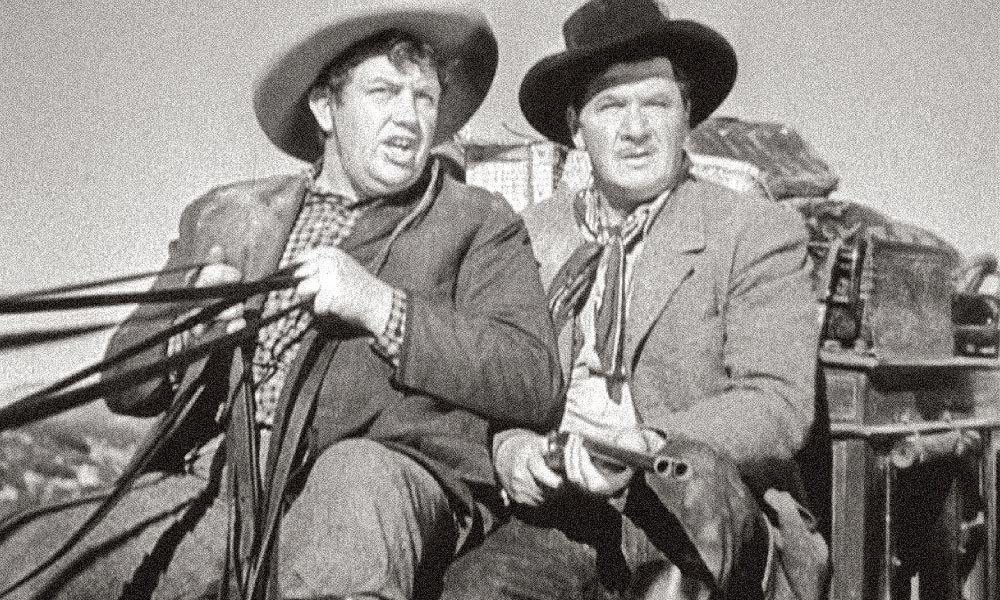 Nobody could overstate the impact of 1939’s Stagecoach on film in general and on the Western in particular. It rescued the genre from the “just-for-kids” B-movie ghetto, made an “A” star out of “B” star John Wayne and brought the maestro of the form, director John Ford, back to the range after a decade-long absence. Orson Welles called the film “perfect”—he watched it 40 times while preparing Citizen Kane.

Stagecoach was nearly in the can. Andy Devine, the rotund, screechy-voiced actor who played stage driver Buck, was ideal for the part, bringing welcome comedy relief. But he knew the other reason he’d been cast. When Ford got impatient, and said, “You big tub of lard. I don’t know why the hell I’m using you in this picture,” Andy replied, “Because Ward Bond can’t drive six horses.”

Andy’s son Dennis tells True West: “He grew up on his father’s ranch outside of Kingman, [Arizona], so Dad knew how to drive wagons and horses. Dad did all of it [in the film], the driving in and out of towns and stations.  But that wasn’t Dad on the dry lake, the big chase. Not that he couldn’t do it, but because [the studio] was afraid he’d get hurt.”

Andy had seen a rough cut of the film and loved it. But he faced one more scene. Perhaps not so coincidentally, Andy was asked to do a risky stunt on the last day of shooting, so the film could be completed no matter if something went wrong. Dennis says, “John Ford wasn’t stupid, and frankly, my dad was scared of doing that thing.”

The scene would come before the big Indian chase. When the stagecoach reaches the hoped-for safety of the river, Buck discovers Geronimo’s men have burned the ferry. The script called for two trees to be cut down, lashed to either side of the stage, to float the stage across the river. Ford had already discarded the sequence: “The wranglers tell me it can’t be done.”

But just as Ford had plucked Wayne from the B films, Wayne returned the favor by bringing along ace stuntman Yakima Canutt.  “It can be done,” Canutt told Ford, “and I think it will look terrific.”

During three days of preparation, Canutt had a Paramount special effects expert build four hollow logs for flotation. Setting up on the Kern River, Canutt rigged an underwater cable to the bottom of the wagon—the cable ran through a pulley to an off-camera truck, which would pull the stagecoach into the river and across to the far side.

Andy faced that last day of shooting with trepidation. “He didn’t know what was going to happen—the stagecoach could sink or the horses could drown,” his son Dennis says.

Canutt took the reins for the first take, a long shot, and everything went smoothly. The second shot was set up with the camera mounted to the stagecoach roof, looking over the shoulders of George Bancroft, as the marshal, and Andy. Happily, the river crossing went off without a hitch: no retakes needed.

Andy was so relieved, he called up friends to go out and celebrate—Clark Gable and Carole Lombard. They had just sat down with him and his wife, Dorothy, at the Brown Derby and ordered their meals when Dorothy went into labor. Dennis was born January 24, 1939, the day Stagecoach wrapped.