The Escape of Augustine Chacon 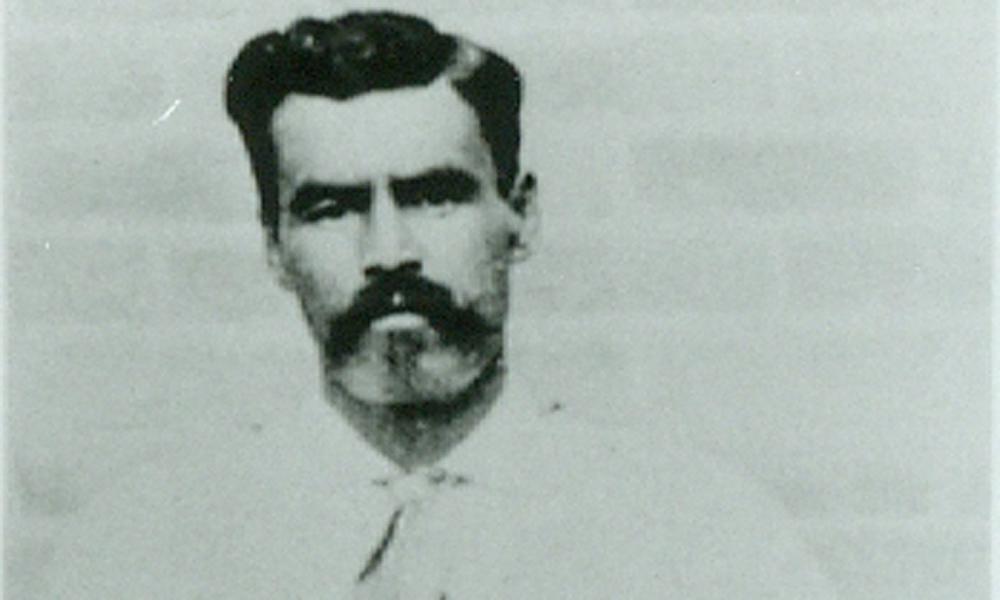 Augustine Chacon was one of the last of the hard-riding desperadoes who rode the outlaw trail in the closing days of the 19th century. He was a resident of Sonora but did most of his mischief in Arizona, leading his gang on far-flung forays of pillage and plunder.

Each time they’d high tail it back to Sonora where he lived in a well-defended fortress-like ranch. To his admirers Chacon was more of a Robin Hood than a border bandit.

Old timers claimed Chacon had 30 notches carved on the butt of his six shooter. I doubt if anyone ever carved thirty notches on his sixgun. Besides that’s pulp fiction stuff.

His undoing came in 1896 when he killed a deputy sheriff named Pablo Salcido in cold blood at Morenci. Lawmen caught up with him before he reached the border and he was brought to Solomonville to stand trial for murder. A jury convicted Chacon and he was sentenced to hang. It looked like the end of the line for one of Arizona’s most notorious outlaws.

But Chacon had an ace up his sleeve. He spent the weeks before his execution plotting an escape.

He was quite a handsome man and was a favorite of the young senoritas and he seemed to have one in every village on both sides of the border. He was tall, lean, with a thick shock of hair. Women were always eager to please him. He had other admirers too. The poor Mexicans living in the nearby mining camps saw the handsome outlaw as a frontier Robin Hood. They called him El Peludo—the Hairy One. And they were eager to help him escape.

A pretty young senorita inserted a hacksaw blade in the spine of a family Bible and smuggled it into Chacon’s cell. Among his cell mates was a mariachi band, consisting of a squeaky violin, guitar and concertina.

Each night while Chacon sawed on the bars, the band let forth with some loud, lusty corridos or songs to drown out the noise.

On the night he was to make his break, Chacon’s pretty companion batted her long eyelashes and with a sweet smile that promised much, lured the night jailer out for a midnight stroll. With the jailer thus occupied, Chacon escaped into the night.

Augustine Chacon continued his wild and wooly ways but the Arizona Rangers were hot on his trail. Ranger Captain Burt Mossman, posing as an outlaw, was able to talk the bandit into accompanying him on a horse stealing caper at Colonel William C. Greene’s ranch in the San Rafael Valley.

When they got close to the border Mossman got the drop on Chacon and delivered him back to the Arizona authorities. It was one of the most daring captures of a dangerous outlaw in the annals of the Old West. It drew howls of protest from the Mexican government but Chacon was behind bars once again.

This time he went to the gallows on schedule. To his credit Chacon took his punishment like a man. Before they pulled the trap door, he looked out in the crowd and smiled at his friends and admirers saying, “No last words. Time to hang. Adios todos amigos.”