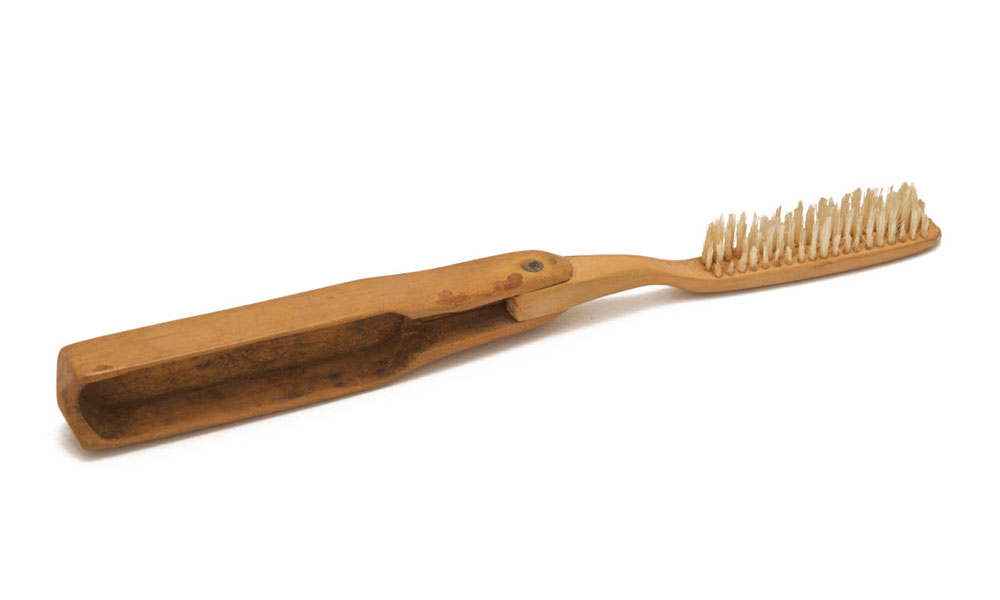 The question about hygiene in the West came up the other day from someone wondering if cowboys brushed their teeth. Well, some did and some didn’t. The lack of dental care was prevalent during the 19th century. What about deodorant/body odor? Besides an occasional bath, was there anything used for body odor?

Tools to clean teeth have been around since prehistoric times. The Chinese are credited with inventing the first toothbrush in AD 1498, using hog or horsehair bristle. People used twigs, bones, feathers and even porcupine quills. The forerunner to the toothbrush was a “chew stick.” These were twigs with a frayed tip on one end that acted as a brush.

Bristle from horsehair became more popular because it was softer. The first patent for a toothbrush in the U.S. didn’t come until 1857.

In the 1860s and during the Civil War era most soldiers carried a tooth brush of some kind. Many letters home not only asked for underwear and shirts but also a tooth brush. Even today reenactors carry a Civil War replica of a tooth brush which are sold by modern sutlers and like the originals they are made out of wood or bone.

The toothbrush wasn’t mass produced until 1885. Animal bristle retained bacteria and didn’t dry well but it wasn’t until 1938 that synthetic fibers like nylon replaced animal hair.  Americans didn’t routinely brush their teeth until the 1940s when soldiers had to brush daily took the habit home with them after the War.

Movies would have us believe everyone had clean, healthy teeth. Truth is people weren’t really into dental hygiene back then and that’s why nearly everyone had rotten teeth. Also, teeth were badly stained by tobacco and coffee. During frontier times a community tooth brush would be hung in stagecoach stations and other public eating places where it was shared by anybody who felt compelled to clean their teeth.  Folks weren’t as aware of spreading germs back then.

As for deodorant, it was well into the 20th century before men used any kind of deodorant. It was the late 1800s before toilet paper could be purchased in a “plain brown wrapper” and into the twentieth century before there was shampoo for women. I’m sure glad the movies clean them up a bit. I can’t imagine Raquel Welch or Meg Ryan with hairy legs, greasy hair and wearing no deodorant. When it comes to hygiene, I don’t think “the good ol’ days” were all that good.

Like this story? Try: What Rifles Did the U.S. Cavalry Carry During the Frontier Era?