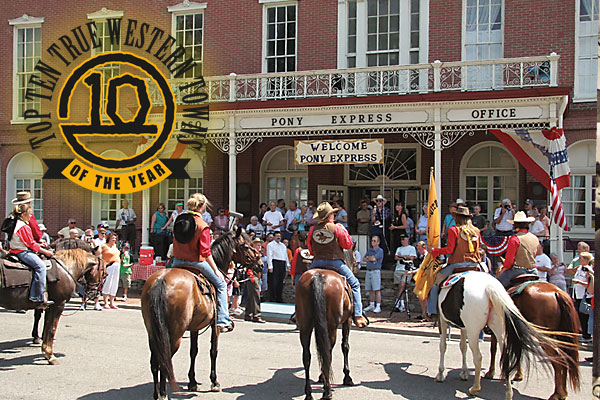 Given to towns that have made an important contribution to preserving their pasts.

We hope this award will not only encourage federal, state and local governments to continue funding such efforts, but also inspire Western towns to reward its citizens and visitors alike by showcasing the buildings, sites and artifacts that reveal each town’s historical relevance to our nation.

You think “San Diego,” and your mind conjures up images of sunshine, beautiful beaches, a laid back SoCal lifestyle. Or maybe you think of the city’s fabulous zoo, which attracts more than three million visitors per year. Perhaps the area’s huge Navy and Marine bases pop into your head.

You don’t necessarily think “Old West,” do you?

Yet this is a city with incredible history—and a determination to keep it alive through preservation, restoration and development of its resources.

Take the Old Town section, the site of the first permanent Spanish settlement in California (1769). Today, the district is hopping with restaurants and trendy shops, many in authentic or recreated 19th-century buildings. The Old Town State Historic Park, Heritage Park and Presidio Park feature museums and living history exhibits that reveal what life was like in the frontier days. Citizen groups like the Boosters of Old Town and the Save Our History Organization oversee buildings, provide tours, plan and sponsor events, and raise money for preservation efforts.

Then there’s the Gaslamp Quarter in the middle of downtown. Back in the 1880s, it was called the Stingaree, and visitors found lots of ways to get stung—saloons, gambling halls, brothels and similarly sordid places. This magnet attracted businessmen seeking to make an easy buck, including Wyatt Earp, who dabbled in bars, betting, real estate and horse racing.

Another dozen historic districts beyond Gaslamp’s can be found in San Diego. More are in the works.

So the sun shines brightly on San Diego’s heritage and historic preservation. Who needs the beaches?