Best of the West 2017: Western Movies, DVDs and TV Shows 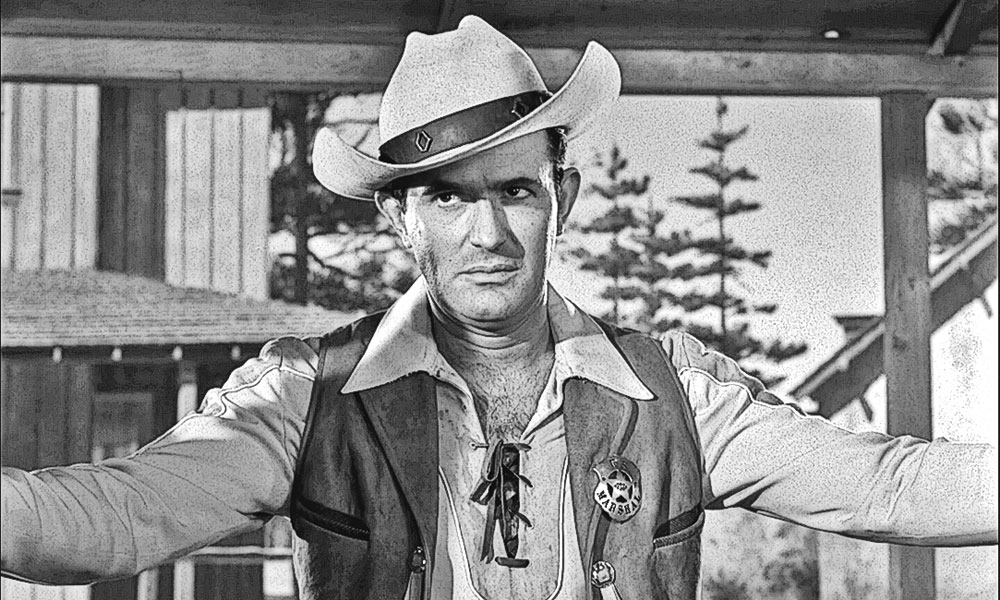 For all of the pathfinders’ importance in the settling of the West, the films about those great pioneers comprise a short list indeed. The best treatment of John C. “Pathfinder” Frémont is Richard Chamberlain’s star portrayal in the 1986 miniseries Dream West (Warner Archive), which also featured Rip Torn as Fremont’s frequent collaborator, Kit Carson.

Dana Andrews played Frémont as a supporting character in 1940’s Kit Carson (United Artists), with Jon Hall in the lead. Brady Bunch dad Robert Reed played Frémont in Disney’s 1977 Kit Carson and the Mountain Men, and Frémont turned up as a character once more in a 1966 episode of Death Valley Days, played by Sergeant Preston of the Yukon star Dick Simmons.

Not all of the films hit their mark. For instance, the title for The Adventures of Frontier Fremont, starring Dan Haggerty, suggested the 1976 movie would focus on the Pathfinder, but it played more like Grizzly Adams 2.

One worthy entry in the Lewis and Clark filmography is 1955’s The Far Horizons (Warner Archive), starring Fred MacMurray as Meriwether Lewis, Charlton Heston as William Clark and Oscar winner Donna Reed as Sacagawea. The history is iffy, but the production is grand.

Otherwise, aside from a 1967 episode of Death Valley Days, in which Dick Simmons played Lewis to Don Matheson’s Clark and Victoria Vetri’s Sacagawea, Thomas Jefferson’s explorers have had little screen time. In 2005, HBO and National Geographic announced a miniseries based on Stephen Ambrose’s enthralling history of the expedition, Undaunted Courage, starring Edward Norton and Brad Pitt. Eleven years later, the project is set for a 2018 release, now starring Casey Affleck and Matthias Schoenaerts. The slow-poke filmmakers were beaten to the punch in 2016, with the release of Manifest Destiny: The Lewis & Clark Musical Adventure, a musical featuring Muppet-ish hand puppets as well as human performers.

Probably the best film about pathfinders is 1960’s Ten Who Dared (Disney). James Drury, who played Walter Powell, tells True West, “It was the story of the first party of white men who went down through the Colorado River rapids after the Civil War. It was led by Captain [John Wesley] Powell, a surveyor and explorer who had been a major in the Union Army, and had lost an arm. They named Lake Powell after [him]. I don’t think the picture made 10¢ for Disney, but it was just such a delightful show to be a part of.”

The year 2016 truly was a big year for pathfinder films, although for a different path—the path to freedom.

The year was not so great, however, for traditional big-screen Westerns. Diablo (Orion/MGM), starring Clint Eastwood’s son, Scott, made some waves, as did Traded (Status Media), starring Michael Paré; both films garnered less attention than they deserved and are worth seeing. The most notable disappointment was the Sony remake of The Magnificent Seven, which, despite a strong cast that included Denzel Washington and Ethan Hawke, was deficient in every category aside from action.

While 2016 didn’t end with the splash of the previous year, due to twin Christmas Day premieres for The Hateful Eight and The Revenant, it did close with an ever-growing schedule of quality Western film and TV releases that reassures us that the genre is a growing concern, not an endangered species.

With a timeless story of the conflict between desperation-fueled criminality and the relentless forces of justice, Hell or High Water (CBS Films) is our pick. It deserves an Academy Awards sweep, with four Oscar-worthy performances—by Jeff Bridges, Ben Foster, Chris Pine and Gil Birmingham—and equally fine writing, direction and cinematography.

Jane Got a Gun / Forsaken

A tie! That either film saw the light of day at all was a miracle resulting from stalwart filmmakers determined to get these excellent Westerns in front of audiences. Jane Got a Gun (The Weinstein Company), starring and produced by Natalie Portman, tells the story of a wife who must protect her husband from his former gang, with the help of her former lover. Nothing stopped this film; not the director quitting the first day of shooting, not star actors bailing along the way and, on the eve of release, not the original distributor filing for bankruptcy.

Facing its own challenges, Forsaken (Momentum) was shelved for two years due to financial problems. But the story of an estranged soldier son and minister father—played by real-life son and father Kiefer and Donald Sutherland—who joined forces to protect their town, gave a fresh and moving spin to some familiar themes.

The Legend of Ben Hall

The true story of Australia’s Jesse James, The Legend of Ben Hall (Pinnacle Films) is handsomely written and directed by Matthew Holmes and stars Hall’s dead ringer, Jack Martin. With solid performances throughout, the film tells the story of an outlaw trying to end his criminal career, humanizing him and his gang without whitewashing them. It’s exciting, romantic, beautiful, packed with action, yet full of regret, betrayal and the sense of mistakes that cannot be undone.

We regretfully had to bid farewell to AMC’s Hell on Wheels, a consistently  excellent series that did so much to stimulate the revival of the Western. But at least the show finished the Transcontinental Railroad before leaving. Netflix kept Longmire fans happy by streaming a fifth season, a fine release. The wonderful surprise of the year, and the Best TV Western, is the HBO miniseries Westworld, which took an already wonderfully clever 1973 movie and re-imagined it with even more depth, soul and humor.

Dominion Creek (Acorn) is a delightful surprise from the Broadcasting Authority of Ireland. The three Connolly brothers, sorely disappointed with Montana’s silver mines, accept the gift of a friend’s claim and head for the Yukon—and a world of danger and adventure. The series remarkably captures the sense of the Irish community within the Gold Rush by having much of the dialogue in subtitled Gaeilge.

The best of the many fine classic Western DVD releases of the year is Kino Lorber’s edition of 1943’s The Ox-Bow Incident, which tells the story of a lynching and its heartbreaking repercussions. One of Henry Fonda’s best Westerns, featuring an exceptional cast that includes Dana Andrews and Anthony Quinn, this edition offers wonderful narration by the son of director William Wellman. 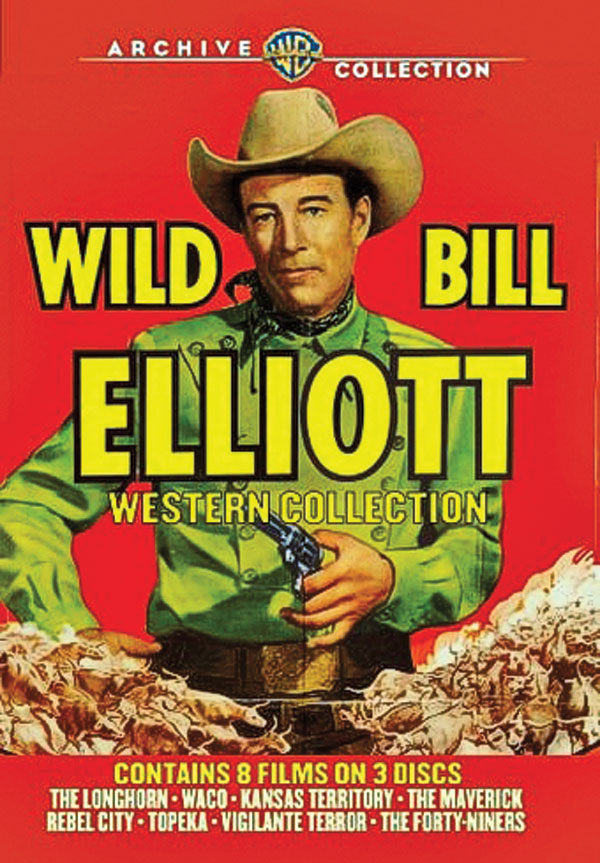 Warner Archive brings viewers the always-engaging presence of William Elliott, in the final films of his sagebrush career, in the Wild Bill Elliott Western Collection. The first film, 1951’s The Longhorn, is a traditional Monogram B-Western; by the eighth film, 1954’s The Forty-Niners, Monogram had reinvented itself as Allied Artists and, even with Elliott maintaining his butt-forward pistols, the story plays like Dragnet, including a Jack Webb-style narration.

When Twilight Zone ended, writer Rod Serling followed the Psychological Thriller with a Western series, The Loner (Shout! Factory), in which he transferred some of his own post-WWII angst into the post-Civil War era. Lloyd Bridges stars as William Colton, a former Union Army captain, who, six months after the end of the war, is a drifter colliding with people whose pain is still as raw as his own. Today, we would say he had PTSD. Just about every top TV actor of the era appeared in the series, which aired from 1965-66, including Burgess Meredith, Tony Bill, James Whitmore, Katharine Ross, Victor Jory and Bridges’ sons Beau and Jeff. Many, like Lloyd Bridges, did some of their best work on this fascinating series.

John Ford directed 3 Bad Men (Kino Lorber), a stunning variation on The Three Godfathers story, with the 1926 Western featuring a trio who protect an orphaned teenage girl (Olive Borden). In this moving and complex story, the 1877 Dakota Territory land rush sequence is the most enthralling scene of its kind ever filmed.