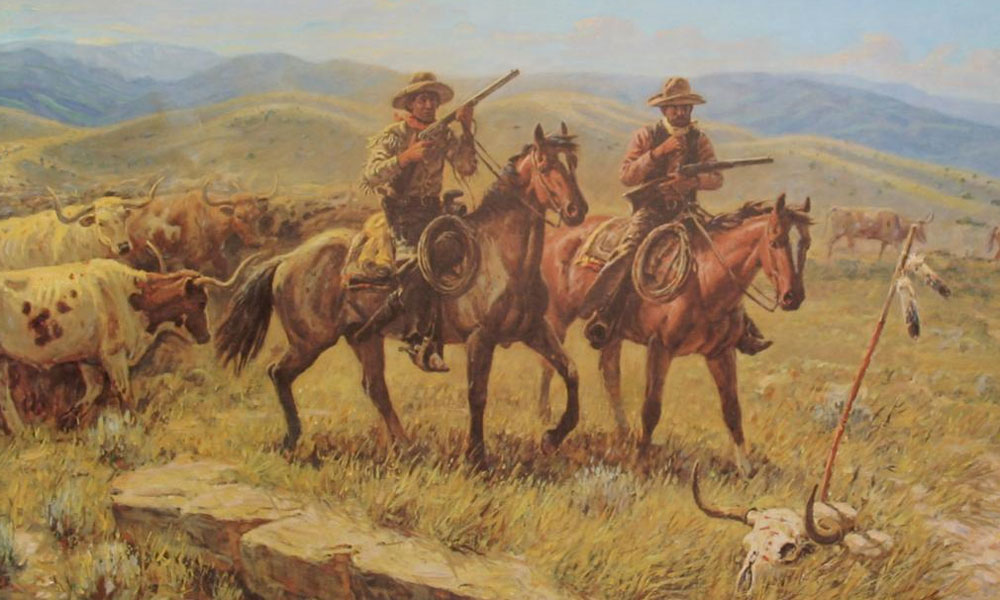 One Stella’s stories is also one of my favorite Christmas stories. I’d like to share it with you all.

When young Mack Hughes started punching cows for the Hashknife outfit he didn’t even own a pair of boots. He wanted a pair so bad he could taste it but all his meager wages had to go to help his family. It was during the Great Depression and times were tough.

He was spending the winter feeding the bulls up by Chevlon Canyon. Jobs were scarce as horse flies in December and he was lucky to be holding one of any kind. In fact, he was expecting to get laid off any day now.

It was getting close to Christmas and the boys who weren’t holding down winter camp were planning on drawing their pay and going home to see their families for Christmas. On December 22nd, he was waiting for a friend named Maxie to come up and relieve him so he could go home for a few days. Maxie was a top hand who also liked to look good and he spent most of his wages on fancy duds and custom-made boots. He owned a pair of black ones with fancy yellow butterfly wings stitched on the shaft and Mack thought those were the neatest boots he’d ever seen. He vowed that someday he’d own a pair just like them.

At the time Mack couldn’t even afford a pair of six-dollar Justin’s. Maxie didn’t have any family to help support so he could afford to spend his money on such indulgences.

It had been snowing real hard and Mack figured his pal would never make it to cow camp. It looked like he’d have to spend Christmas alone in the line shack.

By Christmas Eve there was nearly two feet of snow on the ground with high drifts everywhere and Maxie still hadn’t shown up.

Mack got up the next morning, saddled his horse planning to spend Christmas Day checkin’ on the bulls.

Late that afternoon his horse pricked his ears and stared at something off in the distance. Pretty soon Mack could make out a lone rider leading a packhorse. Maxie had made it through the storm and was riding in.

“Betcha didn’t expect to see me,” he grinned.

The two hauled Maxie’s gear into the shack, built a fire in fireplace, put some beans and ribs to heat on the cook stove. Maxie had also brought along a dozen fresh tortillas.

“There’s nothin’ like hot tortillas to sop up the frijoles,” he exclaimed.

They feasted grandly that Christmas evening on frijoles and tortillas. After dinner Maxie reached into his pocket and handed Mack a check from the boss for a full month’s pay—half of it in advance. It looked like he still had a job.

Maxie had already spent his month’s wages on new clothes and Mack had noticed he was wearing a brand new pair of custom-made boots.

During the Christmas dinner Maxie filled him in on all the latest rangeland gossip and it was almost midnight when the two cowboys crawled into their bedrolls.

Early the next morning Mack packed his gear and was preparing to ride out when Maxie said, “Hold on a minute. I brung you a Christmas present and almost forgot to give it to you.”

He reached into a bag and pulled out his boots with the butterflies stitched on the shaft and said with a grin, “I won’t be needing these anymore.”

Mack eagerly untied the frazzled brogans he’d been wearing and tried on the new boots. They were a couple of sizes too big and well-worn in places but he didn’t care, they were the most beautiful boots he’d ever seen.

He mounted his horse and rode towards town happy as a puppy with six tails and feeling like he was a real cowboy at last.