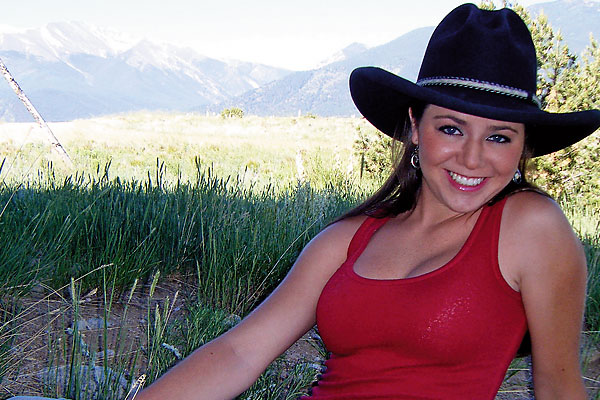 The lead singer for Carin Mari & Pony Express, Carin Mari was featured on Michael Martin Murphey’s album Tall Grass & Cool Water. South Plains College honored her in 2011 as Female Entertainer of the Year and Outstanding Female Vocalist of the Year.

“Hottest” Thing in the Western Music World:
Pat Flynn’s smoking guitar skills that are firing up Western music gatherings around the country.

Artist Who Surprised Me the Most:
I heard the Haunted Wind Chimes for the first time this year, and they impressed me with their originality and excellent musicianship.

Hot Club of Cowtown is Such a Success Because:
They are true entertainers, extremely energetic, wonderful people, and their musical skills are outstanding!

Favorite Song to Sing:
There are so many great songs to choose from, but I feel I put the most passion into my originals; so I would say “Fire and Rain” is my favorite song to sing.

Best Book I Read:
Songwriting:  A Complete Guide to the Craft (I hope textbooks count).

People Who Have Inspired Me Musically:
Pat Flynn, Michael Martin Murphey, Dave Stamey, Joey + Rory, and all my instructors at South Plains College.

Up Next for Carin Mari & Pony Express:
We are hoping to start on our sixth album soon. I’m currently spending most of my time writing songs for it…We don’t have a set release date yet, but hopefully by the end of 2012, we will have a finished product.