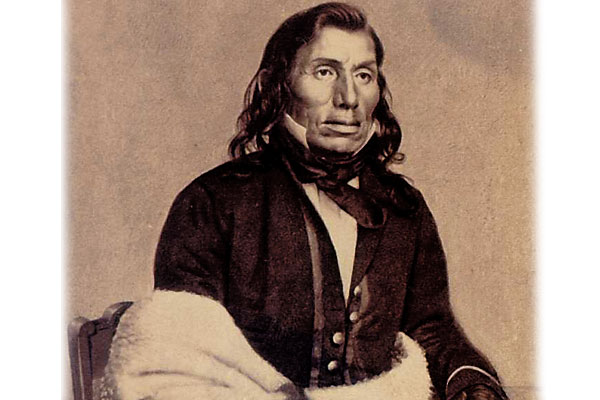 The Rifleman may be returning to the small screen with help from CBS and director Chris Columbus.

This December, we’ll see how and if Johnny Depp can pull off playing an American Indian—Tonto—in the reboot of The Lone Ranger.

The First Ride of Wyatt Earp, an Indie Western starring Val Kilmer, is due out in March.

Val Kilmer and Elisabeth Shue will be on set this April in New Mexico for Thadd Turner’s The Hard Ride. Kilmer plays Varnes, who allegedly paid off Jack McCall to kill Wild Bill Hickok, while Shue plays Hickok’s wife Agnes.

AMC’s gritty railroad drama, Hell on Wheels, will keep on rollin’ for a second season.

The Goodnight for Justice movie starring Luke Perry on the Hallmark Movie Channel continues this year with The Measure of a Man and Queen of Hearts.

Over at TNT, Cam Gigandet has signed on for the Western drama Gateway.

Alex Kurtzman and Roberto Orzi, who wrote the script for Cowboys & Aliens, are behind Fox’s next Western, a drama about Wyatt Earp.

A comedic-drama about a mental health doc moving to the 1800s Colorado Rockies is in process at NBC studios; Kerry Ehrin (of Friday Night Lights fame) is writing the project.

ABC’s Hangtown will offer up a new crime-fighting team consisting of a marshal, doctor and a Western pulp writer.

A&E’s Longmire is based on the Craig Johnson book series about a Wyoming sheriff who tries to put on a brave face after the death of his wife.

Who will make the next Outlaw Josey Wales or Tombstone on the new movie sets, designed by Gene Rudolf, which just opened at Old Tucson Studios’ Heritage Square in Arizona? 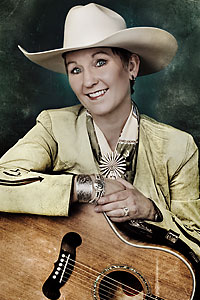 Finally, Joni Harms gives us another album: Harms Way. She even includes a duet with her daughter Olivia, who has released her own eponymous debut album.

Out this spring, Juni Fisher’s album will include classic torch songs, Blues and other tunes inspired by Fats Waller, Tom Waits and Leonard Cohen.

Skip Gorman’s Fiddles in the Cow Camp is chock-full of cowboy songs to the tune of an old-time fiddle and banjo.

Michael Martin Murphey will release his second solo recording, Campfire on the Road.

The annual Hole in the Wall Gang trail ride inspired Jon Chandler to write the tunes for The Gang. His songs range from emotional (“Morning Star Moon”) to a pal’s horse wreck (“Bug Guts on the Windshield”).

Gene Watson will be releasing his Best of the Best album featuring his 25 greatest hits.

Pat Green will release Volume II of Songs We Wish We’d Written. Some of the Texas troubadours who join Pat Green include Joe Ely, Lyle Lovett and Todd Snider.

The next album due out by Dusty Hart and Buffalo Bryan a.k.a. the Crosstown Cowboys features three tunes recorded at the Santa Clarita Saugus depot.

Celebrating more than five decades of performing, Ian Tyson will tour both the U.S. and Canada in 2012.

Cowboy poetry gatherings will take place all across the West, from California’s Santa Clarita Cowboy Festival on April 19-22 to the cowboy poetry rodeo held during the Western Legends Roundup in Kanab, Utah, this August 16-18.

Expect to hear Tom Russell singing “Honky Tonk Women” and Ramblin’ Jack Elliott reaching for his folk song “South Coast” during the “Roots on the Rails” journey from Los Angeles to Portland, Oregon, from April 13-19. 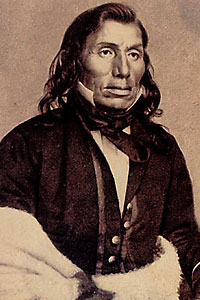 This summer, Scott W. Berg’s book, 38 Nooses, will recount the 1862 Dakota War through the voices of those involved, such as Little Crow, who led his Dakota warriors in a desperate and ruinous attack.

Paul Andrew Hutton recently inked a deal with Crown for a major new history of the Apache Wars.

This March sees the publication of Earl J. Hess’s The Civil War in the West and Eli Paul’s Blue Water Creek and the First Sioux War, 1854-1856.

Get to know the saloonkeepers, ranchers and Chinese miners from the once gold-rich White Oaks, New Mexico, in Roberta Key Haldane’s Gold-Mining Boomtown, out this May.

Go behind the scenes of Gold Rush investors and politics in the two-volume set by Richard E. Lingenfelter, Bonanzas & Borrascas.

A Texas ranch struggles to survive under the partnership of a soldier and woman in Tracie Peterson’s romance, Chasing the Sun.

Get both the Indian and American takes of the Dakota War in Birch Coulie, due out in March by the award-winning author John Christgau.

The essay collection, Zebulon Pike, Thomas Jefferson and the Opening of the American West, promises to look beyond the explorer and military officer’s controversial life. 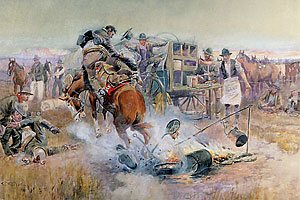 Until mid-May, more than 100 Charles Russell watercolors will be on display in the “Romance Maker” exhibit at Amon Carter Museum of American Art in Fort Worth, Texas.

By 2015, Arizona will have the Little Hollywood Museum to showcase films shot on location in Sedona and elsewhere in the state.

The Booth Western Art Museum in Cartersville, Georgia, is one of 11 locations chosen to showcase 75 Western images from the National Geographic archives.

The Autry’s “Masters of the American West” exhibit in Los Angeles showcases works by more than 75 contemporary Western artists; be sure to go before it closes this March 18.

The Stark Museum’s “From Russia,” which runs in Orange, Texas, until June, shares Southwest art created by Nicolai Fechin and Leon Gaspard, who emigrated from Russia.

In March, the Desert Caballeros Western Museum in Wickenburg, Arizona, launches its first “Cowgirls with a Camera” exhibition.

The Birthplace of John Wayne in Winterset, Iowa, will commemorate the icon’s birthday in May with a Quiet Man-themed party.

Jason Cytacki’s paintings of cowboys in suburban settings will be showcased this June at the Rockwell Museum of Western Art in Corning, New York.

This year’s opening of the $6 million Days of ’76 Museum in Rapid City, South Dakota, will exhibit the rodeo’s horse-drawn parade vehicles and artifacts collected since 1924.

The Cherokee Nation continues to offer up its preserved artifacts with the spring opening of its latest museum, the National Prison Museum, in Tahlequah, Oklahoma.

The photos and artifacts portraying the early lifestyle of Denver, Colorado, and its Rocky Mountain inhabitants will finally go on display at the History Colorado Center. 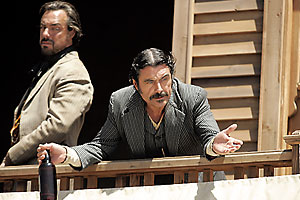 Bring back HBO’s Deadwood, from the start. Then begin the new episode season with “Seven Years Later.” Give Trixie her own business and a gun. Maybe she should shoot Cy.

A TV series starring actor/artist Buck Taylor doing whatever it is Buck wants to do.

A TV series that relives the best of the High Chaparral, The Virginian, Rawhide, Branded and My Friend Flicka, all in one show.

How about a reboot of McCabe & Mrs. Miller? Let’s have Christian Bale as the gambler McCabe & Charlize Theron as his madam partner Mrs. Miller.

A new book on Wild Bill Hickok by Joseph G. Rosa. No doubt he’s dug up more that we should know about.

Someone should make a video game based on The Wild Bunch. There are vampires, ninjas, mafia wars and Farmville. Why not cowboys and outlaws? 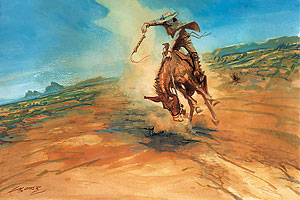 Oh, and don’t forget Mickey Free riding a mammoth jack into the bowels of Mexico, after the Apache Kid—a great Western waiting to happen.