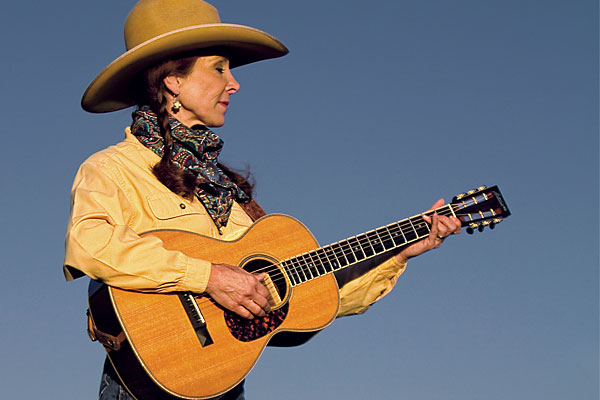 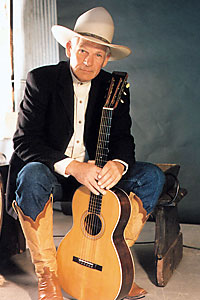 DON EDWARDS
The Western Music Association (WMA) honored the great Don Edwards with the Best Traditional Western album for American. He includes some cowboy classics like “The Last Cowboy Song” and “The Campfire has Gone Out.” Edwards even adds in some cowboy poetry with “The Devil’s Hatband” about how barbed wire ruined the open range. Among his touring stops in 2012 is the Santa Clarita Cowboy Festival.

THE TUMBLING TUMBLEWEEDS
The Tumbling Tumbleweeds’ Blaze Across the West won WMA’s Best Traditional Western album by a Group. We like this band because not only do the members play classic cowboy tunes, but they also offer fresh, original songs with strong harmonies, like the opening tune “The Mighty Santa Fe” and “California,” which hit #1 on the top 10 Western Songs chart in Rope Burns Magazine last year. 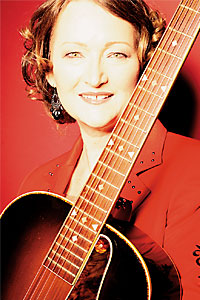 BUCKAROOGIRL ADRIAN
Buckaroogirl Adrian from Elko, Nevada, sings fun-loving lyrics of real life on the range that will make her a fan favorite for years to come. Look up her video on YouTube, “Damned Rodeo Men.”

MERLE HAGGARD
Merle Haggard, like his hero Woody Guthrie, writes and sings about working men and women, heartache and loss, and he captures it all on his album, Working in Tennessee.

WILLIE NELSON
Willie Nelson, who sings about the soul of our country like a poet laureate, released a brilliant album, Remember Me, Vol. 1. These are the kinds of songs you’d expect to hear in honky-tonks across the West, ranging from Hank Snow’s “I’m Movin’ On” to “Today I Started Loving You Again.” Volume 2 will be out this year.

EMMYLOU HARRIS
Emmylou Harris’s Grammy-nominated Hard Bargain is one of her best in many years, and the soulful singer still has a great voice. Yet for those of you who have longed for another Cowgirl’s Prayer or All I Intended to Be, this isn’t quite the Traditional Country release like we enjoyed in 2008.

TRUE GRIT
The Coen Brothers hit another home run with their soundtrack for True Grit. Carter Burwell, a regular contributor to the Coens’ films, has composed one of his greatest works, with his mesmerizing score and take on mid-19th century Gospel.

ROLLING STONES
An album you might overlook, but has one of the best Country Rock singles ever recorded by the Rolling Stones, is the re-release of Some Girls, with the band’s quintessential Country song, “Far Away Eyes.” The remastered Some Girls follows the 2010 release of the remastered Exile on Main Street, with Alt-Country Rock classics such as “Sweet Virginia,” “Torn and Frayed” and “Tumbling Dice,” later covered successfully by Tucson native Linda Ronstadt. By the way, both albums have great bonus tracks of Bluesy, Honky-Tonk songs.

SUSAN CATTANEO
Susan Cattaneo has been performing her latest release, Heaven to Heartache, across the country with her band, from her home base as a songwriting professor at Berklee College of Music in Boston, Massachusetts. She’s got just the right amount of Country and Blues in “Gotta Get Gone” and the heartbroken out there will appreciate “Just Like It was Texas.” 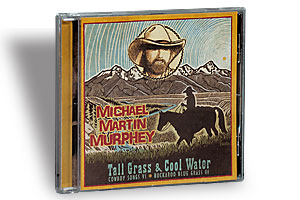 MICHAEL MARTIN MURPHEY
“The Ballad of Cole Younger.” “Frank James Farewell.” “Santa Fe Trail.” “The Ballad of Jesse James.” That sounds like an album released right out of the pages of True West Magazine. Guess we shouldn’t be surprised who released it: Michael Martin Murphey, who recorded the first Gold album of cowboy music since Marty Robbins in 1959. Also not surprisingly, this album, Tall Grass & Cool Water, is a continuation of that Cowboy Songs record.

Pay Attention to: Carin Mari, of Carin Mari & Pony Express. Those are her backing vocals on the Bob Nolan classic “Cool Water,” and that duet with Murphey at the end of the album will have you falling in love all over again.

RIDERS IN THE SKY…IN SPACE
The STS-133 crew woke up one Saturday morning last March to “Woody’s Roundup,” the Riders in the Sky track from the Toy Story 2 soundtrack. The “Space Cowboys” gave a live performance when the crew came home on March 10, marking the final flight of the Space Shuttle Discovery. Fans who couldn’t make it to Houston weren’t disappointed. Last year saw the release of Land Beyond the Sun, the Western band’s first all-Gospel recording, with highlights such as “Cowboy Camp Meeting” and Too Slim’s tongue-in-cheek tune, “The Stingy Congregation.”

Looking Forward: Woody Paul will be inducted into the National Fiddler Hall of Fame on April 14; he and his fellow Riders will take center stage after the ceremony at Cain’s Ballroom in Tulsa, Oklahoma. 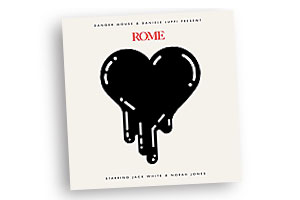 DANGER MOUSE
Okay, most of you probably have never heard of Gnarls Barkley’s “Crazy,” but producer Danger Mouse (a.k.a. Brian Burton) is best known for the mega-hit. He is also obsessed with Spaghetti Western composers like Ennio Morricone of The Good, the Bad and the Ugly fame. So, in 2011, he finally released his five-year project with Italian composer Daniele Luppi, Rome. With guest vocals by Jack White (of the White Stripes) and Norah Jones (remember “Come Away with Me?”), you have to check it out, if you haven’t already. 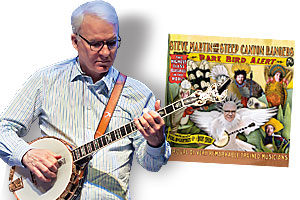 STEVE MARTIN
Steve Martin and the Steep Canyon Rangers released a Bluegrass album, Rare Bird Alert, which landed them on the Grammy nominee list for 2012, alongside Alison Krauss & Union Station, Jim Lauderdale, the Del McCoury Band, Ralph Stanley and Chris Thile & Michael Daves. We somewhat prefer the last Rangers album though, with its tributes to Bill Monroe, and the Martin-penned lyrics to “Daddy Played the Banjo” made for a good ol’ Country song. Yet this album has good tunes—“Women Like to Slow Dance” shows humor musically, as only Martin could— and it is another grand showcase of Martin’s 50 years playing the banjo. 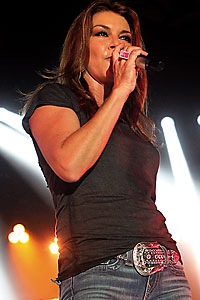 Looking Forward: The concert hall will feature performances by musicians like Don Williams and the Oak Ridge Boys, as well as comedians Williams and Ree (a.k.a. “The Indian and the White Guy”).

THE JOHNNY CASH PROJECT
Visual artist Chris Milk became a web favorite over the past two years, with his online video collaboration project that paid tribute to the Man in Black (that same Man in Black who also paid tribute to this very magazine with his album, Sings the Ballads of the True West). Using a custom drawing tool, fans created unique visual portraits of Cash. Check them out at TheJohnnyCashProject.com

OFFICIAL MUSIC OF TEXAS
“[Y]ou guys are going to have to do us a little ditty of Western Swing. Come on, cowboys. Cowboy up,” Rep. Rodney Anderson implored on the floor of the Texas Legislature on May 23, 2011. To which, Rep. Doug Miller crooned, “How about: I saw miles and miles of Texas, like the stars up in the sky. I saw miles and miles of Texas, going to live here until I die.” After that mini hoedown, Western Swing became the state’s official music. 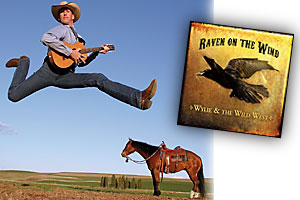 WYLIE & THE WILD WEST and that DANG RODEO POET
Wylie Gustafson raises cattle and horses on his ranch in Montana, but we love it when he takes time out to yodel and dally with the musical styles of the American West. Last year, he and his band released Raven on the Wind, which throws in some polka and flamenco along with the rockabilly, Western swing and yodeling. Then he threw in some songs he co-wrote with that dang rodeo poet from Great Falls, Montana, Paul Zarzyski. Our favorite is the bluesy, Ghost-Riderish “Circle.”

THE HAYLOFT GANG
From 1924 until its last radio broadcast in 1960, The National Barn Dance launched national superstars such as Gene Autry, Patsy Montana, Pat Buttram and Andy Williams. In the fall of 2011, PBS shared the story of this popular Country music show with The Hayloft Gang, narrated by Garrison Keillor. In an Internet promotion contest, PBS asked folks to perform songs from the Hayloft Gang. Micaela Howeth, known as Mustang Mikki, came out on top with her rendition of “I Want to be a Cowboy’s Sweetheart.” After winning the top prize of a Martin HD-28V Vintage Dreadnought guitar and case, this 15-year-old ranch girl from north of Fort Worth, Texas, told her fans: “I’d like to thank Roy Rogers for teaching me to sing, Janet McBride for teaching me to yodel, Devon Dawson for teaching me to play guitar and Patsy Montana for writing this song!” 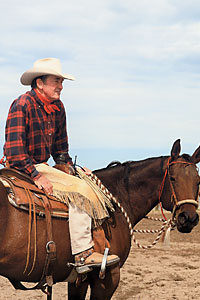 IAN TYSON
Fans got to enjoy some new Tyson songs when the songwriter released four new songs and one instrumental (“The Yellow Dress”) on an EP release, Songs from the Stone House, in 2011. The famed cattle trail drover makes an appearance in “Charles Goodnight’s Brave,” while “Rio Colorado” is the perfect song to blast on your car radio, the next time you take a trip down one of our Renegade Roads.

RAMBLIN’ JACK ELLIOTT & GUY CLARK
Ramblin’ Jack Elliott, who earned a Grammy for his 2009 album, A Stranger Here, celebrated his 80th birthday in 2011, a year that saw him record “The Guitar” on a tribute album to Guy Clark. He played a historic concert with Clark at the Crighton Theater in Conroe, Texas; if you were one of the sold-out guests, you know those two still got “Stuff That Works.” This One’s for Him: A Tribute to Guy Clark, released last November, honored the decade-younger Guy Clark’s birthday (he turned 70 in November). We just can’t get enough of Steve Earle singing those lines: “Now he’s just an old man that no one believes; says he’s a gunfighter, the last of the breed; and there are ghosts in the street seeking revenge.”

Next up for Ramblin’ Jack? The latest rumor is songs about Elliott will be featured on the new supertrio project due out in 2012 from Kris Kristofferson, Willie Nelson and Merle Haggard.

JOHN FLYNN
Ramblin’ Jack Elliott has called John Flynn the “John Lennon of the plasma generation.” Flynn’s album, The End of the Beginning, features a duet with Kris Kristofferson on the title song. The opening lines: “Like river stone, it may be that some edges get worn smooth, or maybe it’s just that these days you don’t have as much to prove.”

HOT CLUB OF COWTOWN
Bob Wills is hot again. You may have always thought that was true, but it’s even more true these days, thanks to a “hot” Western swing-jazz fused trio. Bassist Jake Ervin, guitarist Whit Smith and fiddler Elana James spent the past year touring for their new tribute album to Wills, called What Makes Bob Holler. That crying fiddle on “Faded Love,” that thumping bass on “Stay a Little Longer” and those joyous, breathtaking vocals on “Big Balls in Cowtown.” We’re sold.

DAVE STAMEY
Stamey wrote “Twelve Mile Road,” the title track to his 2011 release, for all “…the small ranchers on the starvation places scattered all over the west, ranchers who seem to get by on guts and stubbornness and damn little else.” He’s met thousands of them on his travels to communities like Cedarville, California, and Burns, Oregon. “If I Had Money,” I’d go see Stamey in concert this year. 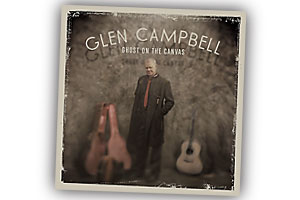 GLEN CAMPBELL
After the Grammy award-winning singer announced in June 2011 he had been diagnosed with Alzheimer’s, Glen Campbell released a farewell album, Ghost on the Canvas. On his final studio album, the legendary singer collaborated with Jakob Dylan (of the Wallflowers and son of Bob Dylan), Chris Isaak, Robert Pollard (of Guided by Voices) and Billy Corgan (of Smashing Pumpkins). In September, he performed one of the tracks, “A Better Place,” with three of his children on The Tonight Show with Jay Leno. Our favorite line? “At the station, there rides the cowboy; His campfire flickering on the landscape,” from the Pollard track, “Hold on Hope.” 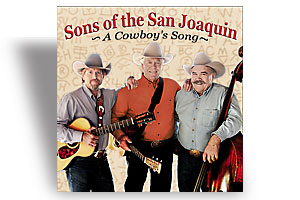 SONS OF THE SAN JOAQUIN
To celebrate their 20th year in 2011, Joe, Jack and Lon Hannah released A Cowboy’s Song. Their hearty harmonies get a lift from funny lines like in the homage to mountain man Jim Bridger: “He’s got a long beard and looks kind of weird.” This album puts the fun in Western folklore.