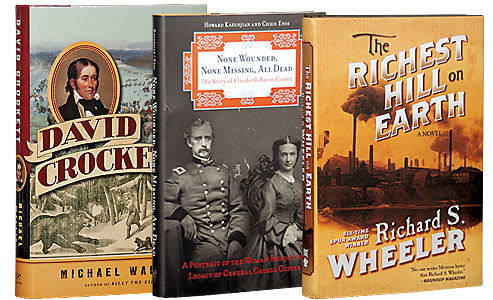 True West editors weigh in on our favorite reads. 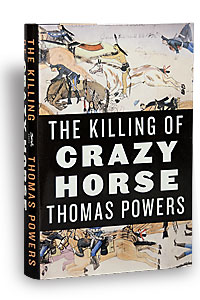 THE KILLING OF CRAZY HORSE
By Thomas Powers (Knopf/Vintage)
The shadowy warrior of the Sioux Wars of the 1860s and ’70s is redefined in this gripping narrative that tackles both the mythology and history of Crazy Horse.

NED WYNKOOP AND THE LONELY ROAD TO SAND CREEK
By Louis Kraft (University of Oklahoma Press)
A biography of a military commander who became the most hated white man in Colorado when he stood up against Indian atrocities after the Sand Creek Massacre.

VALENTINE T. MCGILLYCUDDY: ARMY SURGEON, AGENT TO THE SIOUX
By Candy Moulton (Arthur H. Clark Co.)
The life story of a controversial pioneer doctor who treated Crazy Horse at the time of his death, even while he found an enemy in another revered Lakota, Red Cloud. For a historical fiction account, check out Dan O’Brien’s The Contract Surgeon (Bison Books). 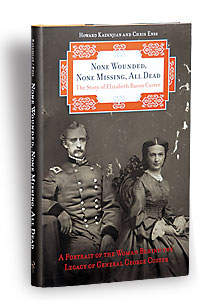 NONE WOUNDED, NONE MISSING, ALL DEAD

By Chris Enss & Howard Kazanjian (Globe Pequot Press)
Portrays the woman behind the legacy of General George Custer, as she recounts her marriage to George, their adventures out West and the tragic end of her husband and his men at the Battle of Little Bighorn.

THE LAST GUNFIGHT: THE REAL STORY OF THE SHOOTOUT AT THE O.K. CORRAL—AND HOW IT CHANGED THE AMERICAN WEST
By Jeff Guinn (Simon & Schuster)
The best book out there that gives you an absorbing account of the 1881 O.K. Corral gunfight as it really happened; colorfully written by the Edgar Award finalist for his Bonnie and Clyde biography.

KIT CARSON: THE LIFE OF AN AMERICAN BORDER MAN
By David Remley (University of Oklahoma Press)
Forget taking a stance on whether Kit was a trapper, a mountain man or a trigger-happy Indian killer; Remley paints both the decent and violent sides to Kit, and leaves the measure of this man up to you.

BLOODY BILL LONGLEY
By Rick Miller (University of North Texas Press)
Longley is revealed to be more a cowardly braggart than a deadly gunfighter; plus, in this revised edition, the author identifies the location of the outlaw’s body, which was, in itself, a longstanding myth.

DAVID CROCKETT: THE LION OF THE WEST
By Michael Wallis (W.W. Norton & Co.)
We get to see the man, warts and all, behind one of America’s first celebrities; but don’t worry, Wallis shows us these flaws so we can better appreciate the gravity of Crockett’s journey through life.

QUANTRILL AT LAWRENCE: THE UNTOLD STORY
By Paul R. Petersen (Pelican Publishing)
The author lays the case for why Quantrill and his cohorts raided Kansas in 1863, using letters from Lawrence citizens and local newspaper coverage to dispel the “incorrectly reported” campaign. 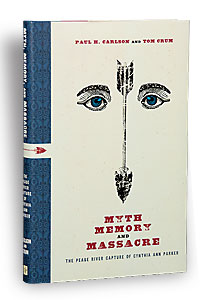 By Paul H. Carlson and Tom Crum (Texas Tech University Press)
It took 150 years for us to learn the real story behind the Texas Rangers’ capture of Cynthia Ann Parker from the Comanches; don’t waste another second.

EMPIRE OF THE SUMMER MOON
By S.C. Gwynne (Scribner)
Gwynne’s masterful portrayal of Comanche Chief Quanah Parker crossed the genre line and piqued the interest of mass market readers; if you’ve missed this book in the past two years, go get it now! 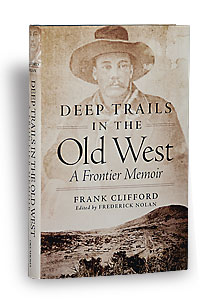 DEEP TRAILS IN THE OLD WEST: A FRONTIER MEMOIR

By Frank Clifford and edited by Frederick Nolan (University of Oklahoma Press)
The leading authority on Billy the Kid oversees one of the last eyewitness accounts of the Old West, a 1940 memoir written by a cowboy drifter who crossed paths with Billy the Kid, Clay Allison and Charlie Siringo.

AN ARCHAEOLOGY OF DESPERATION: EXPLORING THE DONNER PARTY’S ALDER CREEK CAMP
Edited by Kelly J. Dixon, Julie M. Schablitsky and Shannon A. Novack (University of Oklahoma Press)
An intelligent juxtaposition of historical records and an archaeological investigation of the 1846-47 campsite near Truckee, California, reveals what the Donner Party ate: family pets, bones, twigs, glue and, eventually, each other. For a historical fiction account, check out Gabrielle Burton’s Impatient with Desire: The Lost Journal of Tamsen Donner (Hyperion’s Voice Imprint). 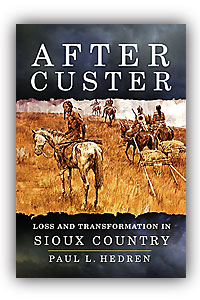 AFTER CUSTER: LOSS AND TRANSFORMATION IN SIOUX COUNTRY

By Paul L. Hedren (University of Oklahoma Press)
We’re not surprised that the first tome to examine the events of 1876-77 and the aftermath as a whole came from the esteemed Sioux Wars historian Paul Hedren; in 2012, look for his edited letters of Captain Jack Crawford, who reported on the gold rush into South Dakota’s Black Hills (due out from South Dakota State Historical Society Press).

TROUBLED TRAILS: THE MEEKER AFFAIR AND THE EXPULSION OF UTES FROM COLORADO
By Robert Silbernagel (University of Utah Press)
One man’s ignorance inflames into a mass killing that leads to the expulsion of nearly 3,000 Utes from Colorado in 1880-81; Silbernagel shines most when sharing the Utes’ journey to avoid the pursuing army. 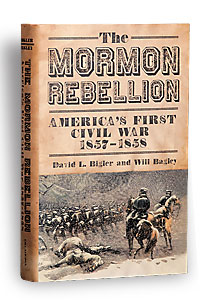 By David L. Bigler and Will Bagley (University of Oklahoma Press)
The authors shine a new light on the Utah War, stating the rebellion was not the result of President James Buchanan’s blunder to replace Brigham Young as governor; the Mormon leaders had already wanted an independent nation.

“GET YOUR HISTORY FIX QUICK” BOOKS 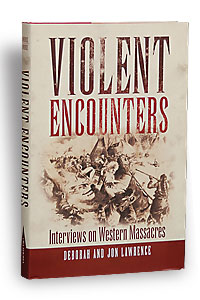 By Deborah and Jon Lawrence (University of Oklahoma Press)
Both history novices and enthusiasts will appreciate these interviews with Western historians speaking out on topics ranging from the Mountain Meadows Massacre to the Sioux Wars.

OUTLAW TALES
Series released by Globe Pequot Press
This state-by-state series offering the true stories of robbers, rustlers and bandits is so popular that some state books printed their third and second editions in 2011 (Montana, Nevada, Texas, Utah and Washington); the Arizona and New Mexico tales are hitting the presses again in 2012.

SPEAKING ILL OF THE DEAD
Series released by Globe Pequot Press
These short biographies of notorious bad guys and other anti-heroes finally covered Colorado in 2011 and will offer up colorful jerks from California, New Mexico, Texas and Arizona in 2012.

THE BRONCO BILL GANG
By Karen Holliday Tanner & John D. Tanner Jr. (University of Oklahoma Press)
The first book to narrate the short and bloody career of Bronco Bill Walters and his gang is even better for the fact that the authors took great pains to offer anecdotal theories that combat some of the too-strange-to-be-true history.

ASSAULT ON THE DEADWOOD STAGE: ROAD AGENTS AND SHOTGUN MESSENGERS
By Robert K. DeArment (University of Oklahoma Press)
The good guys (shotgun messengers) and the bad guys (road agents) on Deadwood’s stagecoaches finally get their stories told, culminating with Buffalo Bill’s rendition of a shotgun robbery in his Wild West show.

THE GOLDEN WEST: FIFTY YEARS OF BISON BOOKS
Edited by Alicia Christensen (Bison Books)
The press that gave the masses Mari Sandoz’s Old Jules, Jack Schaefer’s Shane and Agnes Morley Cleaveland’s No Life for a Lady put together an incredible collection of its best stories about Nebraska and the Great Plains. 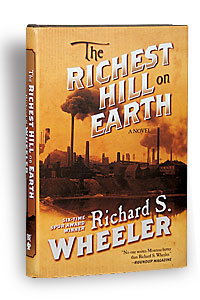 THE RICHEST HILL ON EARTH

By Richard S. Wheeler (Forge Books)
Of course the latest book by the multiple Spur-winning author would receive the Kirkus star; Wheeler excels once again with his 1892 tale of a New York editor digging for yarns at a Montana gold camp.

DOC: A NOVEL
By Mary Doria Russell (Random House)
This book has taken fans by the storm, and although historians may have issue with some of the plot points, who cares? Russell captures Doc’s voice and spirit so authentically in this riveting read.

THE DAUGHTER’S WALK
By Jane Kirkpatrick (WaterBrook Press/Random House)
We loved Linda L. Hunt’s nonfiction Bold Spirit; now we get historical imagination at its best with Kirkpatrick’s re-creation of Helga Estby and her daughter’s 3,500-mile walk from Spokane, Washington, to New York City in 1896, as they try to save their family farm. 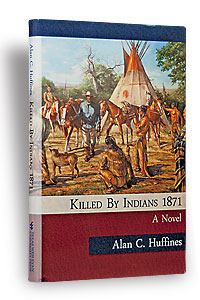 By Alan C. Huffines (Texas Wesleyan University Press)
Fans of John Wayne’s The Searchers will appreciate reading this novel sharing the true story of Britt Johnson, a former black slave who tries to reclaim his family after a band of Kiowa takes them in 1864 Texas. 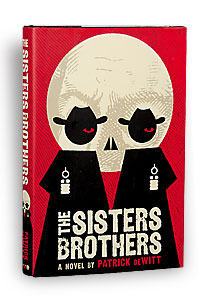 By Patrick deWitt (Harper Collins)
This is the first Western to ever make the short list for the Man Booker Prize; in this offbeat novel set in 1851, you’ll be hard pressed to pick which brother is your favorite, the reluctant assassin or his savage brother? 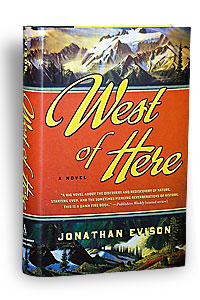 By Jonathan Evison (Algonquin Books)
You’ll be thrilled by the ups and downs of this five-generation saga that begins with the arrival of 1889 idea man Ethan Thornburgh in Washington Territory; the book bounces back and forth from 1890 to its 2006 characters, many of whom are great-great-grandsons of the pioneers.

A MOMENT IN THE SUN
By John Sayles (McSweeney’s)
The Yukon gold rush was popular this past year; Sayles’s epic saga follows a Montana native who finds his fate intertwined with a wealthy scion, two Buffalo Soldiers, a Filipino insurgent and more, just as America takes a leap toward becoming a superpower.

PAYBACK AT MORNING PEAK
By Gene Hackman (Pocket Books/Simon & Schuster)
The Academy award-winning actor has penned historical novels before, but this was his first solo project; his satisfying revenge tale follows the man-in-the-making Jubal as he chases down the ruthless men who murdered his parents and sister. 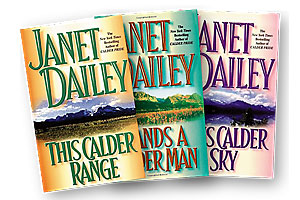 Series by Janet Dailey (Simon & Schuster)
“The Calder Saga” series, about a hardscrabble Montana ranch family, has been a fan favorite since the series started in 1999. Last year, Dailey’s first three novels, This Calder Range; Stands a Calder Man; and This Calder Sky, and others in the series finally got eBook editions for all you Kindle and Nook lovers. The latest release in the saga is To Santa with Love. 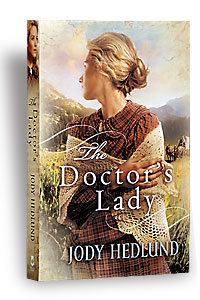 By Jody Hedlund (Bethany House)
The dangerous, and fascinating, journey recounted here is loosely based on the missionary couple, Marcus and Narcissa Whitman, who ventured to Oregon in 1836 to work among the Cayuse and Nez Perce.

BOHEMIAN GIRL
By Terese Svoboda (Bison Books)
If you liked True Grit’s heroine Mattie Ross, you’ll find an even grittier 12-year-old Harriet, a white girl sold into slavery in 19th-century Nebraska, who escapes her Pawnee captor and tries to find her father in a brave, chaotic quest. 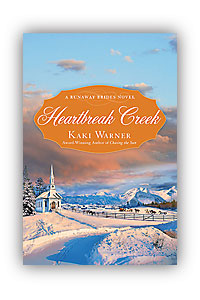 By Kaki Warner (Berkley)
The first in a new historical series about four mail-order brides making their way to Colorado comes from the author who wrote the “Blood Rose” trilogy; trouble ensues when the man’s first wife (thought to have been killed by Indians) returns.

THE SPIDER’S WEB
By Margaret Coel (Berkley)
The 15th novel in Coel’s “Wind River Reservation” series, The Spider’s Web, pulls in its readers when, in the midst of the ancient sacred Sun Dance ceremony, a murder focuses all eyes on an outsider. 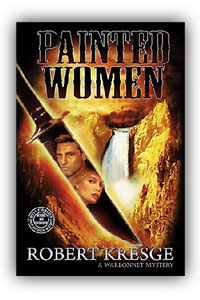 By Robert Kresge (ABQ Press)
In book two of the “Warbonnet” series, Monday Malone’s foster brother Tom is framed for murder in 1871 Laramie, with Kate Shaw trying to clear his name, from afar, as she is away painting with the Hayden expedition to Yellowstone.

By Ann Parker (Poisoned Pen Press)
If you’ve been following 1880s Leadville saloonkeeper Inez Stannert, this latest book adds in a new twist: her absent husband reappears, and she is forced to solicit his help while trying to make sense of a medical murder mystery.

NOT A RUSTLER
By John Nesbitt (Thorndike Press/Gale)
This Wyoming range mystery by the three-time Spur winner offers up a cowboy who finds himself suspected of picking off both small and large cattle ranchers, all while he is trying to save his own life from the real gunman.

THE ASSASSINATION OF GOVERNOR BOGGS
By Rod Miller (Cedar Fort)
Miller’s mystery is all the more fun because the reader decides who pulled the trigger; based on true events, his tale evolves from the 1842 near-assassination of the Missouri governor to his death years later, with the family suspecting Mormon gunman Porter Rockwell.