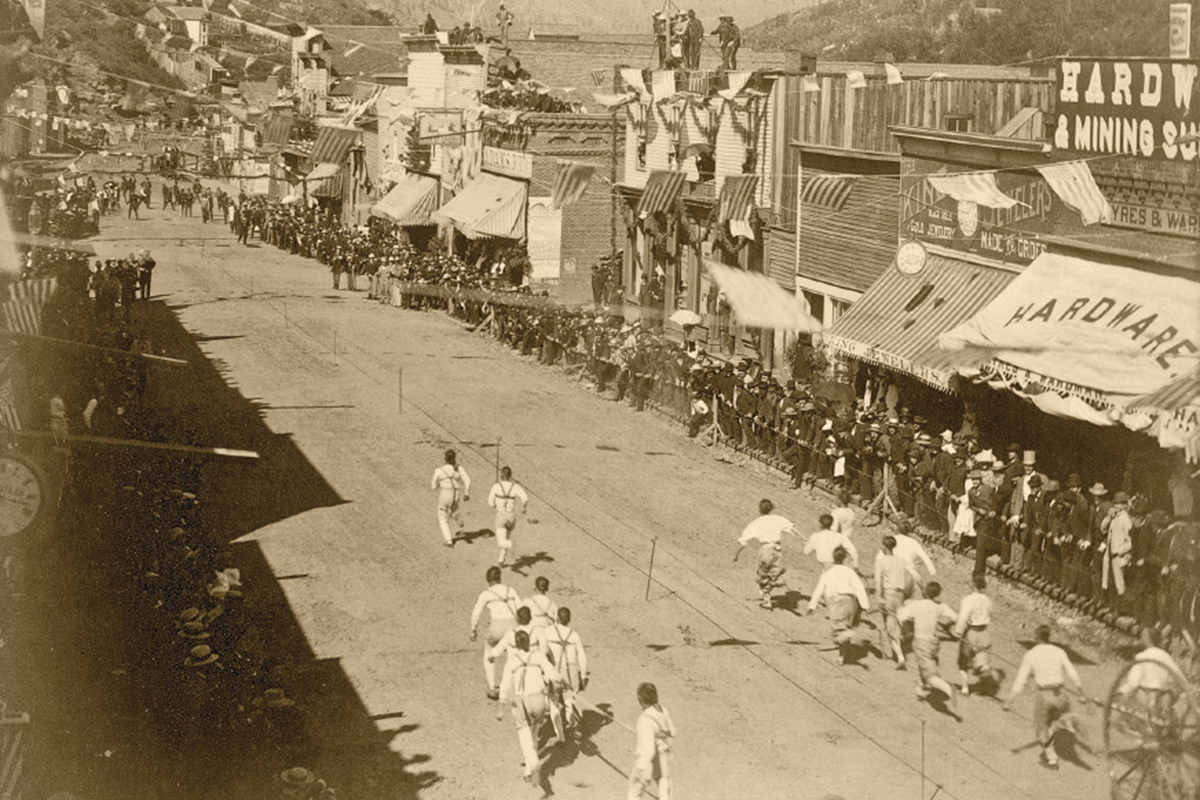 The discovery of gold in a tree-lined gulch brought Deadwood to life in 1876. The Black Hills boomtown was guaranteed immortality when Wild Bill Hickok, one of the West’s great shootists, met his end there at the hand of back-shooter “Broken Nose” Jack McCall.

Was Hickock holding aces and eights, the dead man’s hand, when the deed was done? We’ll quote from the great Western film, The Man Who Shot Liberty Valance: “When the legend becomes fact, print the legend.”

Deadwood’s Wild West past thrives during Wild Bill Days in June. The event takes over the town with lots food and dancing to live music by popular country acts.

“We stop vehicle traffic and put a stage in the middle of Main Street, so our historic buildings become an amphitheater for two days,” says Amanda Kille, Deadwood Chamber of Commerce & Visitors Bureau’s marketing and sponsorship director. “It’s great fun.”

A prospecting club teaches gold panning and how to use a rocker box. On Saturday afternoon, actors from the Deadwood Alive troop put on the play Trial of Jack McCall on the outdoor stage, the only time the venerable show is free to the public.

The performance is great entertainment as it retells what happened the day Hickock was assassinated at Nuttal & Mann’s Number 10 Saloon. The free weekend party swells the town of 1,200 with 10,000 visitors.

An estimated two million visit every year, and the number has been rising since the May 2019 release of HBO’s Deadwood: The Movie.

The Days of ’76 bash in July kicks off with two narrated parades, one on Friday night and another Saturday morning. The events feature the same horse-drawn stagecoaches, wagons and carriages that were used in the first celebration, in 1924.

When those conveyances aren’t on the street, visitors can see them at the Days of ’76 Museum, where they’re part of a 7,000-square-foot exhibit on early transportation in the Black Hills. Also see displays of 100 long arms and 20 handguns that helped settle the West.

Held at the same time, the Days of ’76 Rodeo attracts cowboys from around the West. It has been named PRCA rodeo of the year 18 times.

Visit the 1892 Adams House, a Queen Anne-style home described as the “grandest house west of the Mississippi.” Down the street, stop at Adams Museum to see an impressive collection of Indian artifacts, including war clubs and headdresses, and numerous images and drawings of Hickok, including some of his personal belongings.

“We have a steam-powered saddleback locomotive,” says Darrel Nelson, exhibits director for Deadwood History. “It’s the first locomotive to come to the Black Hills, and people are surprised to see it right here inside our building.”

A new entry, the Brothel Museum, opens sometime this summer. Outlaw Square opened in the fall of 2019, and Kille says 14 weeks of summer programming are being planned, including a movie night and concert series. History will dominate Thursdays with speakers and educational programs.

See downtown from a stagecoach or on foot. At Broken Boot Gold Mine, walk by candlelight into shafts as a guide describes life underground between 1878 and 1904.

The Bullock Hotel is a mainstay, built in 1894 by legendary lawman Seth Bullock and renovated to recapture its frontier feel. Bullock is said to roam the halls at night, which might explain the occasional knock or whisper.

A mile north of Deadwood, visit Tatanka: The Story of the Bison, featuring 14 bronze sculptures of Indian horseback riders chasing bison. The site, owned by actor Kevin Costner, also has a hands-on interpretive center focusing on the Northern Plains Indians.

Leo W. Banks is an award-winning writer based in Tucson. His newest mystery novel is titled
Champage Cowboys.