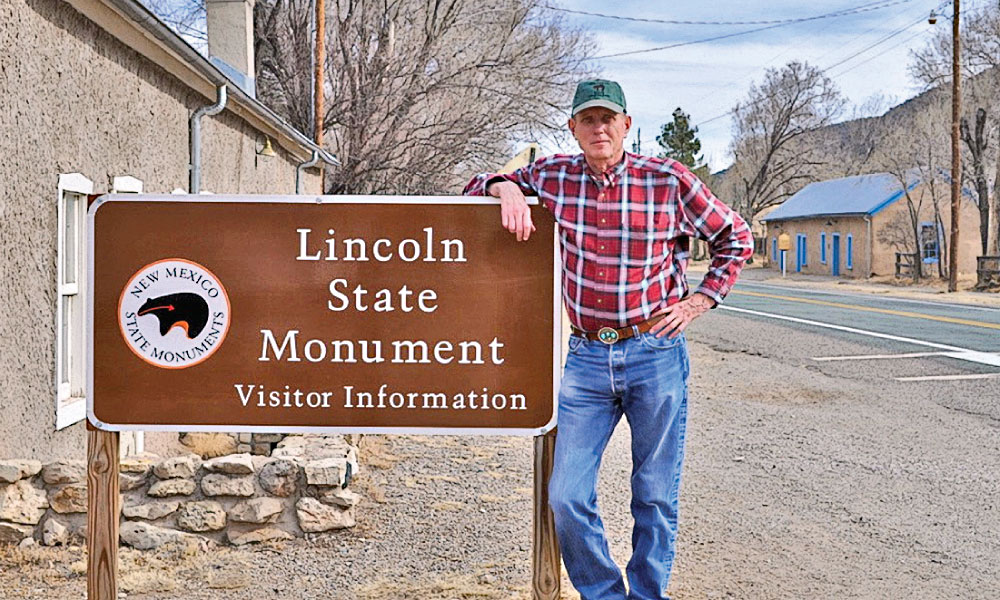 Growing up in Portales, the perfect small town—with a regional university—was great. We even had Billy the Kid’s hideout.

I got the history bug from my grandfather, who homesteaded in Lincoln County. I am still amazed how he lived, as a dryland farmer, with a well that didn’t produce water.

The U.S. Marine Corps taught me to accomplish my mission and take care of my Marines.

Infantry life today compared to the 1800s is still all about locating, closing with and destroying the enemy, by fire and maneuver, in rain, hail, sleet, snow, heat and dirt.

The Civilian Conservation Corps was an underappreciated builder of the American West.

Tres Ritos was a valley filled with so much history. The detailed history of the region has yet to be written, especially the definitive biography of Albert Bacon Fall.

The Cattle Queen of New Mexico, Susan McSween Barber, was perhaps one of the most well-known participants of the Lincoln County War. She is also one of the greatest enigmas—the stories she could have told and didn’t.

The greatest cultural resource in New Mexico today is the 1874 Lincoln County Courthouse. The debate continues on what actually happened within its walls.

The Convento’s storied history includes being a saloon, the first county courthouse, the site of the first legal hanging in Lincoln, a church, a convent for nuns, a storage building and a museum.

Attending services at Lincoln’s 1887 San Juan Mission Church gives a sense of peace, especially with its blue walls to ward off evil spirits.

The first structure built in the center of the plaza, in la Placita del Rio Bonito, was the Torreón. Partially reconstructed, it was once four stories tall and surrounded by a 10-foot rock fence.

The Lincoln County War deserves a place in history because it was the stereotypical range war in the Old West, with no good guys and no bad guys—everyone was just trying to stay alive.

The most interesting comment from a Lincoln visitor: one insisted the Murphy-Dolan Store (the courthouse in 1881) had been moved from the north side of the road to the south side.

The strangest question I’ve been asked: Where was the outhouse that Billy the Kid was taken to the day he escaped?

Hard to imagine Smokey Bear, the forest fire mascot, has had so much impact on society. Every day, I look out my front window and see the spot where the real-life bear was found.

A classic Old West book I love is The Lincoln County War: A Documentary History by Frederick Nolan. I use it every day.

The latest on my bookshelf? Paul Seydor’s The Authentic Life and Contentious Afterlife of Pat Garrett and Billy the Kid.

Don’t get me started on the reopened murder investigation and attempted pardon of Billy the Kid in the early 2000s.

A New Mexico native who served as a U.S. Marine for 21 years, including during Operation Desert Storm, Gary Cozzens has worked as the park manager of the Lincoln State Monument since 2013. He previously served nearly 20 years as the director of career and technical education for seven school districts in south central New Mexico. A New Mexico history buff, he is the author of The Nogal Mesa: A History of Kivas and Ranchers in Lincoln County, Tres Ritos and Capitan, New Mexico.