No School Left Behind 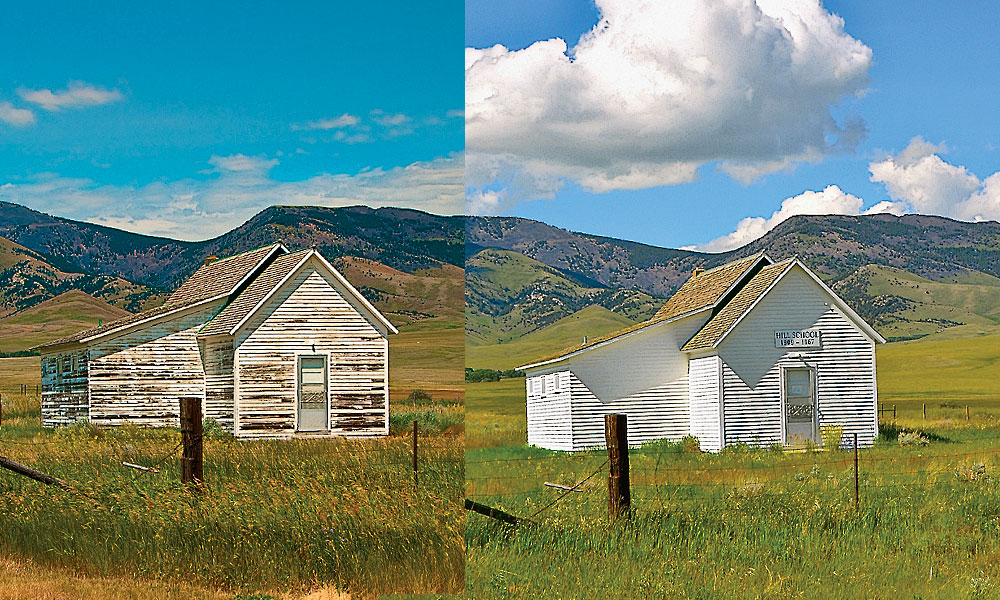 When Charlotte Caldwell looked out from her ranch in Shields Valley a dozen years ago, she observed, less than “a mile as the crow flies,” an old one-room schoolhouse “in dire need.” Of all the ramshackle buildings she had seen throughout Montana, she could do something about this one.

She and her husband, Jeffrey Schutz, focused on the exterior of the circa 1910 Sumner School. The couple scraped and painted, replaced windows and cleaned up the land. Another neighbor repaired the roof. An important piece of Montana history had been saved for another day.

This “awakening” inspired Caldwell to write, photograph and publish Visions and Voices: Montana’s One-Room Schoolhouses. Her book represented the State of Montana at the 2014 National Book Festival in Washington, D.C.

While researching her book, Caldwell learned that Montana once had 2,793 rural one-room schoolhouses throughout its 56 counties—a testament to the importance of education for late 1800s pioneering ranchers and farmers. Each building had once been the “community center” of their area, she says, doubling as a post office, a dance hall, a gathering place, maybe a church on Sundays.

Most were abandoned after WWI, while some were forgotten by their educational communities. Not all county school superintendents and museums knew about the schoolhouses. In those cases, Caldwell interviewed old-timers to learn what these schoolhouses had meant to the community. “These people either had gone to one of these schools or taught there, or knew someone who did,” she says.

Her 2012 book shined such a spotlight on the importance of saving this heritage  that, the following year, the National Trust for Historic Preservation listed the rural schoolhouses of Montana as one of America’s 11 Most Endangered Historic Places to save.

Caldwell is certainly doing her part as a savior. All of the proceeds from her book provide grants to the Preserve Montana Fund for the stabilization of the state’s rural schoolhouses. “In the last three years, we’ve helped 15 schools with grants totaling $66,210,” says Gena Ashmore, of the Montana History Foundation and grants manager for the project.

Schools compete for the $500 to $5,000 grants, and the local community must put up a 25 percent match. “In Lewistown, an elderly gentlemen asked for $750 to paint the Cottonwood School that operated from 1895 to 1995,” Ashmore says. “A $3,000 grant repaired the school where our former governor, Tim Babcock, went through the eighth grade.”

The preservation-minded folks behind these projects remind Caldwell of the kind people she met as she photographed schoolhouses throughout Montana. “My fascination came with the people’s  stories of homesteading days and the last frontier,” she says. “These schoolhouses really tell the story of the American spirit.”