A Tale of Kit Carson’s “Nephew” 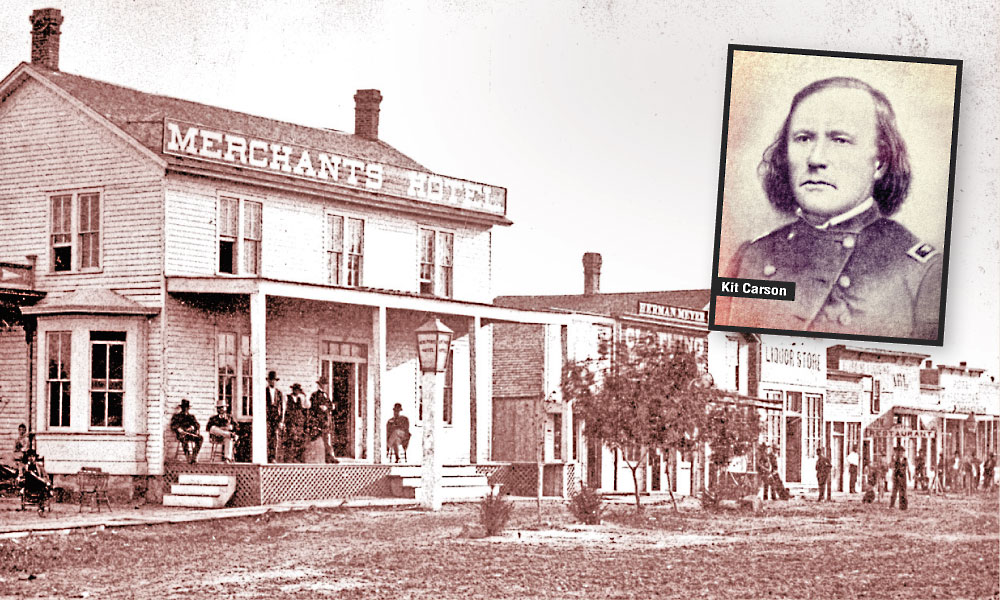 The tale of Tom Carson fits the bill of Old West fabrications that have been recorded as fact.

Storytellers claimed Tom was the nephew of legendary mountain man Kit Carson—who could not comment on the relationship, as Tom showed up three years after Kit died. In June 1871, the Kansas cowtown of Abilene hired Tom as a lawman who reported to James Butler “Wild Bill” Hickok, the marshal in charge of patrolling the town’s brothels. Within a week, Tom got in trouble—for leveling a shotgun at a citizen.

Tom wore the badge after notorious gunfighter John Wesley Hardin hit town that spring after a Texas cattle drive. The two had some dustups. The first occurred in a saloon where Tom drew down on one of Hardin’s friends; Hardin pulled a gun on Tom, who wisely retreated.

When Hardin suddenly left Abilene after killing a man (the legendary “shot a man in his sleep” story), Tom and another officer went after him. Hardin ambushed them. Fortunately for the lawmen, the gunman didn’t fire; he sent them back to Abilene.

In August, Tom headed 66 miles south to Newton. He arrived a few days after five men were killed during the Gunfight at Hide Park. Tom was hired as marshal, making the town’s Texas cowboys unhappy because of Tom’s perceived bias toward folks from the Lone Star State.

On September 23, Tom and another lawman disarmed a drunken Texas cowboy, who later grabbed a derringer and killed Tom’s companion. Tom wasn’t there when his fellow officer was shot.

With order in Newton restored, Tom returned to Abilene and was rehired as lawman on November 4. Roughly two weeks later, he shot bartender John Man in the hip—in an unprovoked attack. Town officials fired Tom and fellow officer Brocky Jack Norton on November 27.

In late January 1872, Tom shot and wounded Norton during a dispute. Tom was jailed, but he and three others escaped on February 18. Tom became a lawman again, and he was killed in the line of duty.

That’s the legend. Here’s what we know:

No evidence supports Tom being related to Kit Carson, Johnny Carson, Carson Daly or the Nevada town of Carson City. We don’t even know why the story of his tie to Kit got started—maybe Tom spread the rumor to get free drinks.

Tom was a policeman under Hickok in Abilene. But Tom never had tough interactions with Hardin, says Hardin biographers Norman Wayne Brown and Chuck Parsons.

Tom did go to Newton in August, but as a temporary constable, not as marshal. He did shoot bartender John Man. And he and three hard cases did escape jail. After that, though, Tom disappeared. Nothing confirms he became a lawman again, nor that he valiantly gave his life on the job.

Bottom line, Tom led a busy nine months in Kansas. The rest of his story seems to be legends and lies.