The Mystery of the Great Medicine Gun 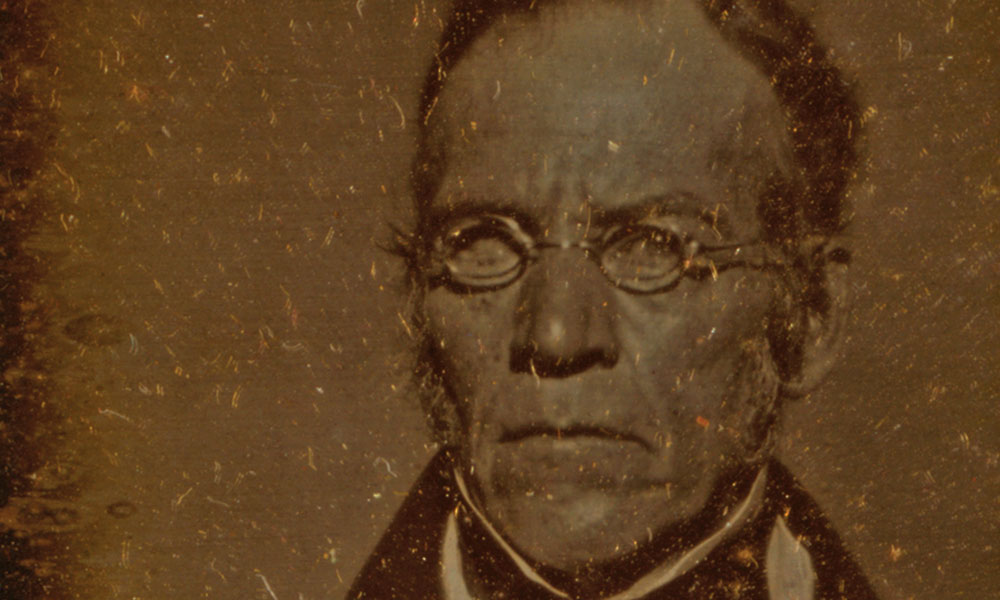 Did Isaiah Lukens construct the air gun nicknamed “Great Medicine” that the 1803-’06 Corps of Discovery brought to impress the Indians on their journey West, or was he too young to have made the unusual rifle while still apprenticing at his father’s clock factory in Horsham? Or, was the air gun with Meriwether Lewis and William Clark actually a European-made Bartolomeo Girardoni repeater-style?

Lukens was born August 4, 1779, to Seneca and Sarah Lukens in Horsham Township, Pennsylvania. Isaiah apprenticed with his father to also become a clockmaker in their small Quaker community.

As an apprentice, young Lukens invented and adapted devices, from clocks to windmills to air-powered guns. He was soon considered one of the common-wealth’s most ingenious craftsmen, perfecting a valve for air guns that resolved the problem of decreased pressurized air after each shot. His passion for hunting with air guns—and making them—is one of the great debates in American gun-making history.

In the 1950s, historians began investigating the mystery of Lewis and Clark’s air rifle. The noiseless gun impressed the Indians the explorers met on their journey. In 1804, William Clark wrote, “We showed them many curiosities and the air gun which they were much astonished at.”

In 1977, gun historian Henry Stewart Sr., found a record of Lukens’ 1847 estate sale, which included a mention of an air gun used by Lewis and Clark’s expedition. It disappeared into history but Lukens was known for building air guns with apprentice Jacob Kunz.

Then in 2002, intrepid firearm historian Michael Carrick, using primary documents, asserted that Lukens did not open a shop in Philadelphia until 1814, and could not have been the gunmaker who sold the gun to Lewis, and the gun that went West was a Girardoni repeater-style air rifle.

Dr. Robert D. Beeman, a Lewis and Clark Trail Heritage Foundation member, documents that Meriwether Lewis was in the Philadelphia area from May 9 to June 9, 1803, gathering supplies for the upcoming expedition.

He believes that Lewis “could hardly have avoided the opportunity to obtain an air rifle from Lukens’ shop.” Beeman even wonders if Lukens’ apprentice, Joseph Kunz, and friend Coleman Sellers, all in their early twenties, were “America’s first air gun nuts” preoccupied with the 19th-century “cool” technology and if the return of the Lewis air gun to Lukens’ shop after the expedition supports the theory that the shop was the initial source.

So was it a Lukens original or a Girardoni-style gun of power and grace that amazed Indians who nicknamed it “Great Medicine” for its smokeless firepower? We may never know, but his name should be remembered with other intrepid American gun inventors Samuel Colt, Eliphalet Remington and Christian Sharps.