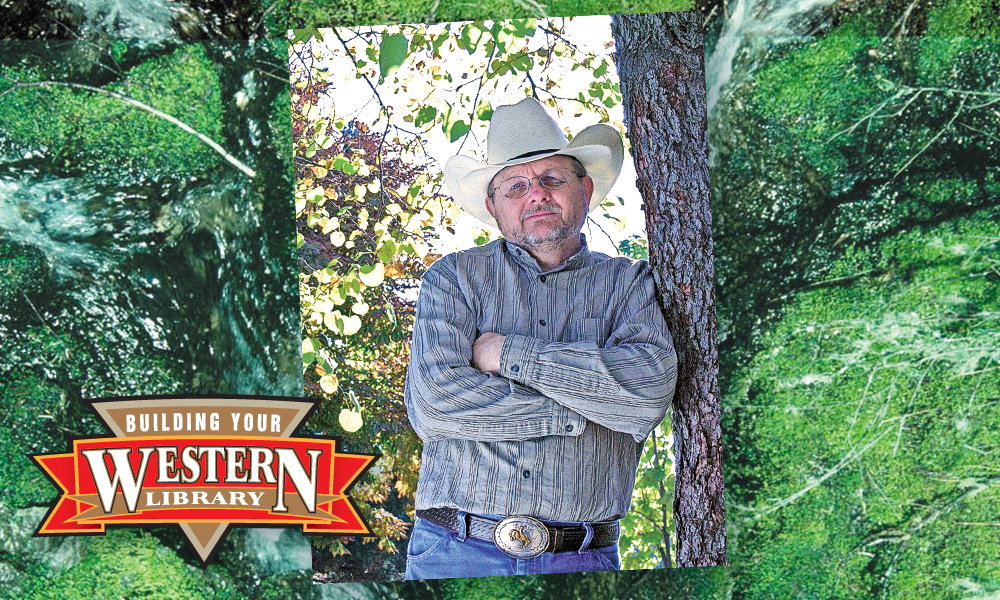 Reading, writing and riding might be Rod Miller’s life mantra. A fourth-generation Utah native, the former college and PRCA cowboy grew up in Goshen. His father was a working cowboy and ranch manager, and Rod spent many hours on horseback helping to manage the family’s horses and cattle. When not working, he was reading, seldom without a book in his hand. Miller’s favorite authors include John Steinbeck, Wallace Stegner, Cormac McCarthy, John McPhee, Charles Badger Clark and Wendell Berry.

Miller won his third Spur Award from the WWA in 2015. This time he was named Best Western Juvenile Fiction author for Rawhide Robinson Rides the Range. He has also earned Spurs for Western poetry and short fiction. When Miller is not at work on his latest novel, poem or non-fiction book, he is writing advertising and producing commercials, a vocation he has practiced since 1974. In 2015, Miller will debut three books: The Lost Frontier: Momentous Moments in the Old West You May Have Missed (TwoDot), The Death of Delgado and Other Stories (Pen-L Publishing) and Rawhide Robinson Rides the Tabby Trail (Five Star).

If you love good writing, Miller insists you put these five on your list to read:

1. The Meadow (James Galvin, Henry Holt): This book is best described as snapshots capturing a century in a remote, remarkable place—then shuffled, and viewed at random. Galvin, primarily a poet, wields exquisite language to make you feel the pains and pleasures of people whose attempts to tame wild country exemplify all of Western settlement.

2. Rising from the Plains (John McPhee, Farrar, Straus and Giroux): One in a series of books chronicling the geology of North America, this book focuses on Wyoming, where plains rise to mountains. But it is also a history of a remote ranch and a ranch kid who became a geologist. McPhee is an outstanding writer, no matter his subject.

3. The Good Old Boys (Elmer Kelton, Doubleday): Kelton never wrote a novel that’s not worth reading. This one is among his very best. The author said its opening line—“For the last five or six days Hewey Calloway had realized he needed a bath.”—is the best he ever wrote. The book only gets better from there.

4. Sun and Saddle Leather (Charles Badger Clark, Chapman & Grimes): Few versifiers, ever, have packed as much poetic punch into a pen as did Badger Clark. His words sing, his imagery radiates, his stories resonate, and his parables endure. Once South Dakota’s poet laureate, this writer’s extraordinary tale-telling and mastery of literary technique set him apart among cowboy poets.

5. Western Words (Ramon Adams, University of Oklahoma): For me, language is at the heart of what makes the American West unique. Adams captures and chronicles cowboy lingo, and anyone who wants to write “Western” would do well to consult him. Even casual readers will enjoy this dictionary, if approaching it as a collection of short stories. 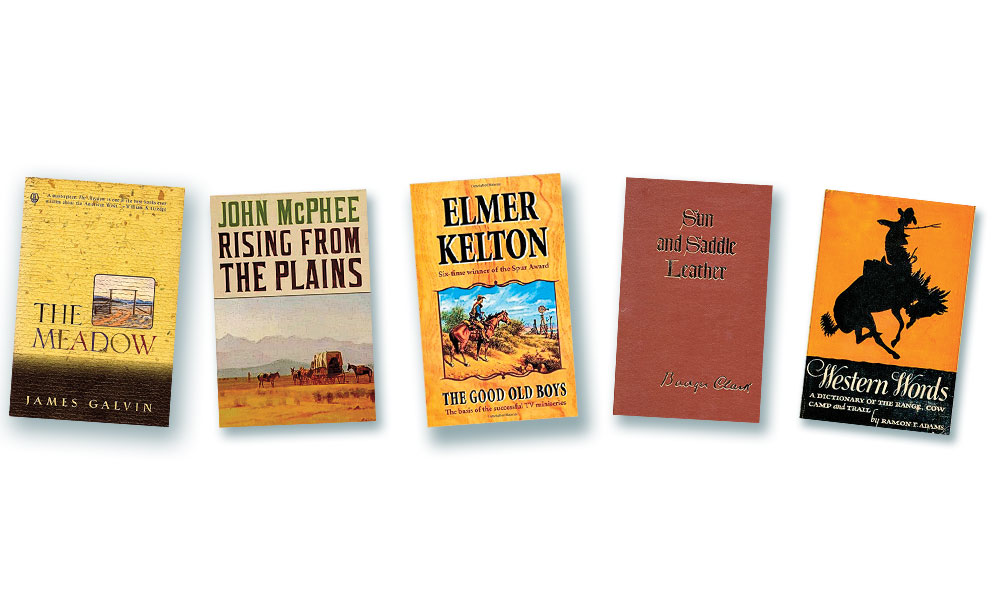