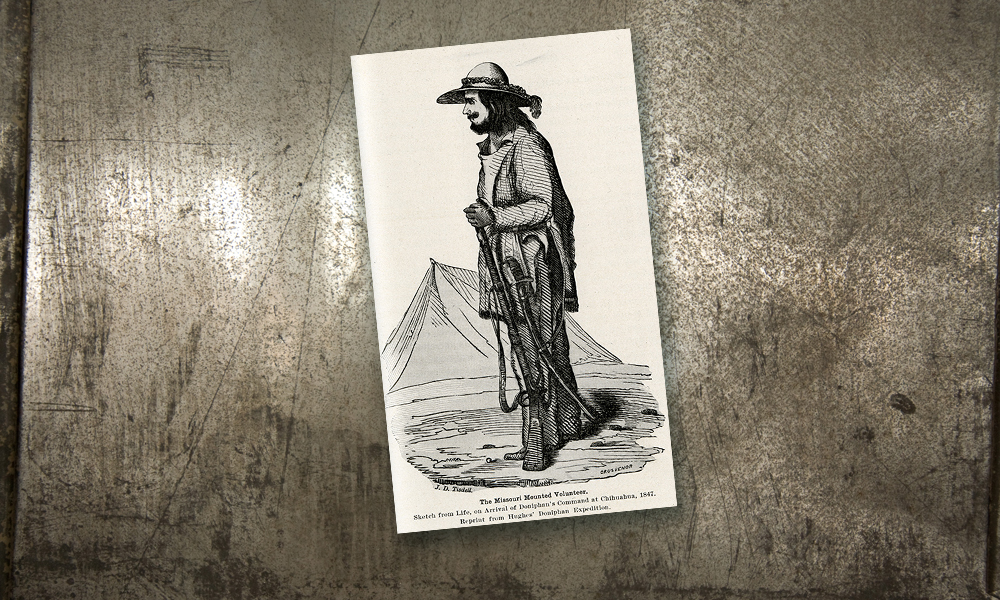 During time of war Americans have always displayed a fondness for volunteer regiments. Teddy Roosevelt’s storied Rough Riders comes to mind but perhaps the most heralded of them all was Colonel Alexander Doniphan’s First Missouri Mounted Volunteers during the War with Mexico. Those backwoods boys were mostly unruly, unshaven, unwashed, unchurched; couldn’t march; didn’t wear uniforms; didn’t stand on ceremony and were totally undisciplined. But were as full of fight as a gunny sack full of wildcats.

When the Missouri Volunteers entered Santa Fe without bloodshed some of the wealthier locals at first fled the city fearing the worst because of the wild tales they’d been led to believe. But they quickly returned when they learned but the Americans in general, treated them well and unlike what they expected, the conquering army didn’t seize their supplies but paid for them with hard cash.

By the time their one-year enlistment was up and they headed back to Missouri these formidable frontier warriors through sheer exuberance and reckless courage had marched some 3,600 miles, won several skirmishes and two major battles against vastly superior forces, captured two provinces and had a rollicking good time.

The members of the Regular Army looked at them with disgust and disdain; General John Wool was aghast, saying of their uniforms, “some dressed like Mexicans and some like Comanches.”

It was not unusual to see their commander, Colonel Doniphan, kneeling on a blanket rolling dice with his men.

The ragtag volunteers mixed well socially with the locals who noted their ubiquitous use of a phrase which they uttered on all occasions be they angry or happy, fighting or frolicking, happy, or mad as hell. To the Mexicans they became known as the “Los Goddammies.”