Hope In a Bottle 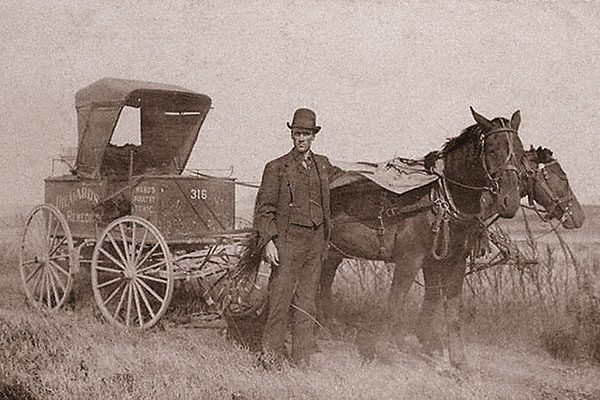 “Step right up and git yur bottle of Dr. Jim’s Miracle Tonic. It’s only 50 cents, folks, and will change your life forever!”

Suddenly, a stooped over, ancient fossil on crutches shuffles forward and approaches the suited man in top hat standing on the back of his wagon. The barker leans down and hands the geezer (his accomplice) a brown corked bottle of tonic. The old goat uncorks the bottle with his teeth (if he has any!) and takes a long swig. The crowd is so silent that you could hear a pin drop. Twenty seconds later, for two blocks, you could hear the screech of “Yipeee!” The old man throws away both crutches and, with beard blowing in the wind and an ear-to-ear smile, starts to dance a jig right there in the dusty street. Within seconds, the crowd presses forward, screaming, “Hey, gimme some of that stuff!”

Who knows how many times this scene replayed in the Old West, as the barker moved from town to town, selling people hope in a bottle. As often as not, hope turned to anger when the remedy failed, and the barker became a hunted villain.

Known as “Miracle Tonic,” “Snake Oil” and a hundred other names, such mysterious elixirs were peddled on the frontier as a panacea for just about every medical ailment and disease.

Most elixirs were purported to be able to cure or treat multiple conditions, often ranging from backaches to impotence or even warts to cancer. Somewhat ironically, the original use for the preparation called “Snake Oil” was solely to treat inflammation of the joints and muscles by application to the overlying skin. “Snake Oil” liniment was derived from ingredients that included snake fat. This substance is rich in eicosapentaenoic acid (EPA), thought to be the active anti-inflammatory ingredient. Chinese workers, including those who helped to build the Transcontinental Railroad, brought this medicinal with them to the Old West. When used with varying results by frontier workers, the substance was often ridiculed and deemed ineffective by medicine peddlers who had their own remedies to hawk to gullible buyers.

Eventually, “Snake Oil” became a derogatory term synonymous with an assortment of mixtures that, although medically ineffective, were designed to give the consumer the perception of some temporary benefit. For drinkable preparations, relief was delivered by the addition of alcohol or caffeine, or even laudanum (opium) or cocaine.

In its original 1880’s form, Coca Cola was sold as a patent medicine, containing cocaine derived from the coca leaf and caffeine in the form of kola nuts.

Some of the more potent, alcohol-based products contained up to 45 percent pure ethanol, or as much as 90 proof vodka! Consumed as a medicine, these products were often the unwitting mainstay for all sorts of folks, even those self-righteous temperance activists.

The popularity of these patent medicines was hilariously illustrated in Bleed, Blister and Purge, by Volney Steele, MD, who cited a late 19th-century edition of the Sears & Roebuck Catalogue. Sears carried its own brand of cure for alcoholism called the Sears’ “White Star Secret Liquor Cure.” This amazing substance contained enough narcotic to knock out a man, thus keeping him from going to the local tavern. In case the poor alcoholic became addicted to the “Liquor Cure,” elsewhere in the catalogue, Sears offered a “Cure for the Opium and Morphine Habit,” containing none other than a hefty dose of alcohol. What a win-win for Sears.

Probably Hollywood’s funniest and, perhaps, most accurate depiction of the archetypical “Snake Oil” huckster was played by W.C. Fields (Cuthbert J. Twillie) who starred with Mae West (Flower Belle Lee) in the 1940 Western My Little Chickadee. This time, Hollywood receives a medical A+. Check it out to see Fields “fall off the wagon!”