It Happened in Globe 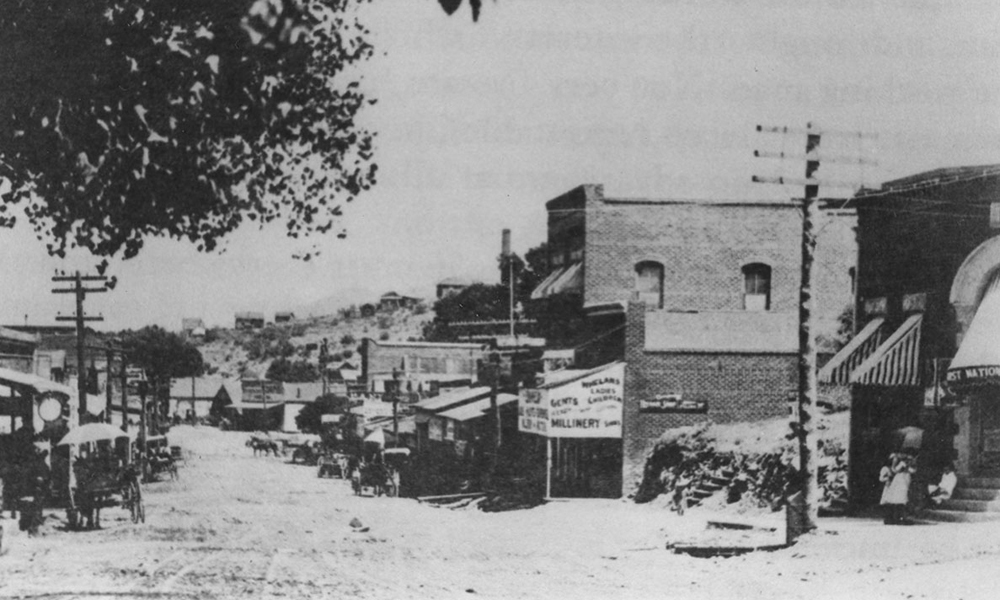 Globe was one of the Old West’s richest mining camps. It also produced some famous Arizona people including its first governor, George W. P. Smith and its first woman governor, Rose Perica Mofford. It also was possessed with some of Arizona’s most colorful characters.

Andre Maurel was mighty proud of his peach orchard.  He sold the peaches at the market and was understandably miffed when pranksters pilfered them off his trees.  The pranksters in this case were the miners who passed his orchard each morning on their way to work.

He warned them to leave his orchard alone but they just laughed, so he decided to take matters in his own hands.  He went down to the local drug store and bought some croton oil, a strong purgative, along with a needle and a syringe.

The resourceful Frenchman then methodically injected every peach on the tree nearest the road, which happened to be the miner’s favorite one to pluck.  Andre smiled mirthfully the next day as the miners once again helped themselves to his peaches.

It is a historical fact that every one of those miners spent all night and the next day, and the next, camped out in an outdoor privy forcing the company to shut down operations for three days.  Not even the miner’s union had been able to accomplish that!

Andre Maurel goes down (or should go down) in history as the only man to single-handedly shut down a mine for three days and live to tell about it!

Speaking of Globe, the citizens of that mining community completed their new Central School before realizing it was located near a popular bawdy house.  The law in Globe required that a parlor house couldn’t exist within 400 feet of a school so the good citizens petitioned the sheriff to close the house.  Another group of concerned citizens rose to the occasion to defend the house, claiming it was there first.

The obliging sheriff borrowed a cowboy’s rope and measured the distance between the two structures and found the four hundred foot limit extended three feet into the parlor of the bawdy house.  The sheriff settled the issue with the wisdom of a frontier Solomon when he declared the madam had to confine all activities to the back rooms—which were within the legal limit.