Mama, take this badge off of me

I can’t use it anymore

It’s getting’ dark, too dark for me to see

1978, Bob Dylan told a reporter from Rolling Stone magazine, “I’m sure of my dream self. I live in my dreams. I don’t really live in the actual world.”

On October 13, 2016, almost 55 years to the day and month when Dylan went into Columbia Recording Studios’ Studio A in New York City to record his self-titled debut album Bob Dylan, the Permanent Secretary of the Swedish Academy Sara Danius announced that the 2016 Nobel Prize in Literature had been awarded to the Duluth, Minnesota, native “for having created new poetic expressions within the great American song tradition.” She also said, “He can be read and should be read, and is a great poet in the English tradition.”

The 13 songs on Dylan’s debut record, folk, gospel, blues and country, were a harbinger of his career as an American songwriter, poet and “voice of a generation.” Greatly inspired by Oklahoma singer-songwriter Woody Guthrie, Dylan found song-writing inspiration in the lyricism of English, Scottish and Appalachian troubadours and poets, Southern bluesmen and bluegrass pickers, folk and country champions of the underdog, the oppressed, the laborer and the lonely, the living and the dying, the lovers and the heartbroken. His lyricism inspired his listeners and his peers, with songwriters across many genres recording his music as well as writing their own contributions to the American catalog of folk music.

Ten years after Columbia released Dylan’s first album, MGM released Sam Peckinpah’s Western film Pat Garrett & Billy the Kid, starring Dylan’s songwriter peer Kris Kristofferson, actor James Coburn and interestingly enough, the iconic Dylan in the role of Billy the Kid’s mysterious sidekick, “Alias” (left).  According to the screenwriter Rudy Wurlitzer, as recounted by authors’ Philippe Margotin and Jean-Michel Guesdon in Bob Dylan: All the Songs: The Story Behind Every Track, “He [Dylan] said that he had always related to Billy the Kid as if he was some kind of reincarnation; it was clear that he was obsessed with the Billy the Kid myth … I called the producer [Gordon Carroll] … and then I wrote the part for Bob off the cuff in New York.” While Dylan’s first acting role is not memorable, according to Kristofferson, “you see [Dylan] on screen and all eyes are on him.” Dylan’s iconic Western outlaw image was perpetuated through his soundtrack for Pat Garrett & Billy the Kid, including the country-rock hit, “Knockin’ On Heaven’s Door,” which has been covered over 50 times since 1973.

Now, today, as America’s own “Nobel Outlaw,” Dylan, whose rebellious voice should be considered a soundtrack for the nation—if not the world—the past 55 years, has seemingly transformed himself into the spiritual reincarnation of his hero Woody Guthrie: the ever-wandering troubadour, fated to follow his own never-ending wandering Western trail. As Dylan wrote in 1963, “I’ll let you be in my dreams if I can be in yours.”

“Lily, Rosemary and the Jack of Hearts”

“If You Ever Go to Houston”

“The Hills of Mexico” (Traditional)

“In Search of Little Sadie” (Traditional)

“Lily of the West” (Traditional) 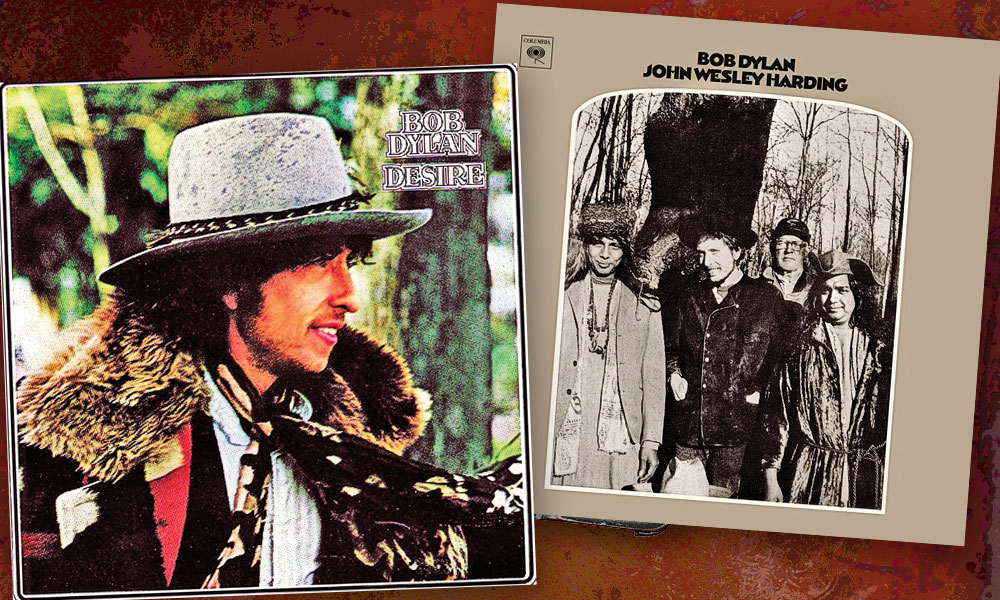