What History Has Taught Me: Rex Allen Jr., Country Singer 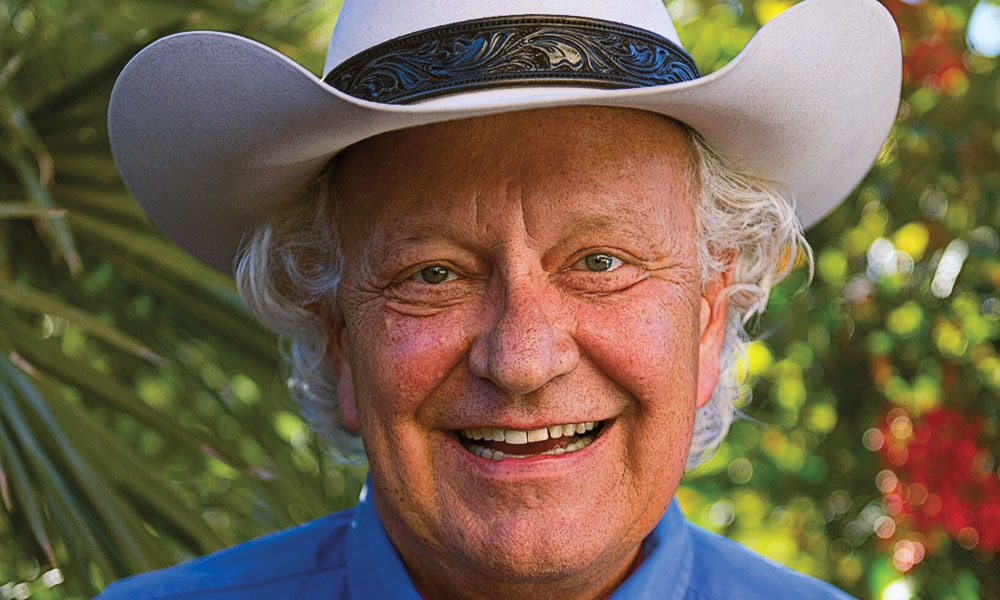 Rex Allen Jr., son of the “last singing cowboy,” is retiring this year; his “Sunrise to Sunset” tour will conclude this October, during Rex Allen Days in Willcox, Arizona. Born in 1947, he started his performing career at Rex Allen Days at the age of five; he continued to sing with his father, Rex Allen Sr., during the summers. Over the course of his 60-plus-year career, he has charted more than 50 songs and appeared on TNN’s The Statler Brothers Show and the spin-off, Yesteryear.  “Last of the Silver Screen Cowboys,” “Can You Hear Those Pioneers?,”  “Lonely Street,” Arizona’s state song, “Arizona,” and “Where are the Heroes” are among his most popular songs.

The most important lesson my father ever taught me was that there are singers and entertainers. What you want to be is a singer-entertainer. Singers are only as popular as their latest record; entertainers will always have work!

My favorite songwriter and mentor was Hank Williams Sr. He wrote everything from Rock to Western music. He was a great man and a once-in-a-lifetime songwriter.

My father taught me that everyone has something to give you, if you will only close your mouth and listen.

Remember “Meet Charlie” at the start of 2000’s Me, Myself & Irene? I followed in my father’s footsteps, as a film narrator; he voiced 1973’s Charlotte’s Web and other films.

The winner of a race horse between Trigger, KoKo or Silver would be KoKo, of course. There was only one KoKo. There were many Triggers and several Silvers!  I would know—I rode many of them!

I am a Singing Cowboy because of my heritage. Western music has always been a large part of my life. The harmonies developed by Sons of the Pioneers are unique and have been copied by everyone from the Eagles to Alabama.

In my collection, you will find Western art, family heritage memorabilia, 1940s pin-up art and more than 500 Singing Cowboy films.

On the road, I listen to Marty Robbins’s Gunfighter Ballads and Trail Songs. It is still the best Western album of all time.

My favorite portrayals of the early West are the stories of the real Wyatt Earp my Grandfather Clark told me when I was five or six. He was there when Wyatt was in Tombstone, Arizona Territory. That’s the reason my first son is named Wyatt Rex Allen.

The most influential person I ever met was Bob Nolan.

My favorite prairie troubadours: Sons of the Pioneers, The Rainsmen and High Pockets Bussy and the Frontiersmen. The best Country music singer of all time is Vern Gosdin.

When I recorded the “Battle Hymn of the Republic” on my Faith of a Man CD, I found out that it had never been copyrighted. I fixed that. Now whenever someone plays the song, I get paid.

Western music reflects its origins by change. Artists singing Classic Western songs have roots from all over the world, but we cannot forget great Western songs are being written today. Acceptance is the hardest thing for the Western music family. They must have the guts to accept new Western music. It is different than what the pioneers did, but that doesn’t make it not Western music.

My favorite performance throughout my career was singing “Arizona,” the state song I wrote, on the Great Wall of China in 2006.

My favorite recording collaboration was with my Dad, when we did The Singing Cowboys album before he died.

When I sing at my last show in Willcox, it could be a long show! I have had more than 50 charted records, plus new songs. Should I sing all of them?