On the Hunt for Buffalo Bill 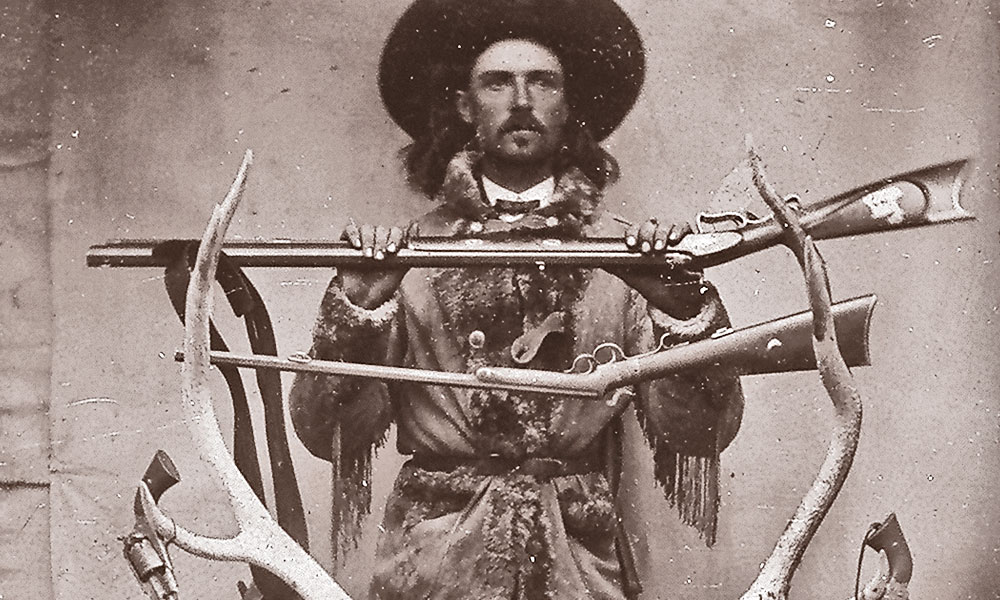 The flowing locks and broad brimmed hat as William F. Cody cantered up on his horse made him “[look] like a picture of a cavalier of olden times” when the 4th Earl of Dunraven first met the scout.

A picture of that picturesque character earned the top bid at Cowan’s Auctions on November 18, 2016. By the time he struck this eye-catching pose, Cody was already known by his moniker, “Buffalo Bill,” for his success in hunting buffalo to feed Kansas Pacific Railway workers.

The earliest known photograph of Cody as a frontiersman surfaced from his family around 1984. Cradling the rifle he named Lucretia Borgia, the scout sat next to Dunraven, with Lts. Francis Michler and Walter Scribner Schuyler standing behind them, in a circa 1871 photo taken in Nebraska at Fort McPherson or at the nearby civilian settlement Cottonwood Springs, says Paul Fees, the former curator of the Buffalo Bill Museum at the Buffalo Bill Center of the West in Cody, Wyoming.

The auction tintype was taken in front of the same studio backdrop. Even more, the tines from the elk antler shown prominently in this tintype are seen behind the backs of the two soldiers standing in the other image.

Yet the frontiersman was not identified as Cody until Fees shared his research with Joseph G. Rosa, who became the first to properly label this auction tintype in his 1989 book, Buffalo Bill and His Wild West.

Inspired by an elk head the fort had presented to Gen. Philip Sheridan, Dunraven caught a train to see if Cody could help him bag an elk too; he got one on his second day of the hunt. When another party of Sheridan’s friends arrived, also wanting Buffalo Bill as their guide, the scout had to leave Dunraven in the hands of the capable John “Texas Jack” Omohundro. “The Earl seemed to be somewhat offended at this,” Cody recalled, “and I don’t think he has ever forgiven me for ‘going back on him.’”

A hunting party Cody guided that winter, which included George A. Custer and Sheridan himself, was one for the history books. On his 22nd birthday, Russia’s Grand Duke Alexis slayed his first buffalo, which he ably brought down by borrowing Cody’s reliable Lucretia Borgia trapdoor needle gun for the kill.

Sometimes we must settle for descriptions of America’s iconic pioneers. But this family treasure has given the public a chance to see Buffalo Bill in his earliest working years, as a scout, before he would bring the Wild West onto the world stage as a beloved showman.

More photographs that glorify the big and little game caught on the frontier were on display at the American history auction; collectors who sold their artifacts earned nearly $640,000.