The Wickedest Cattletown in Kansas 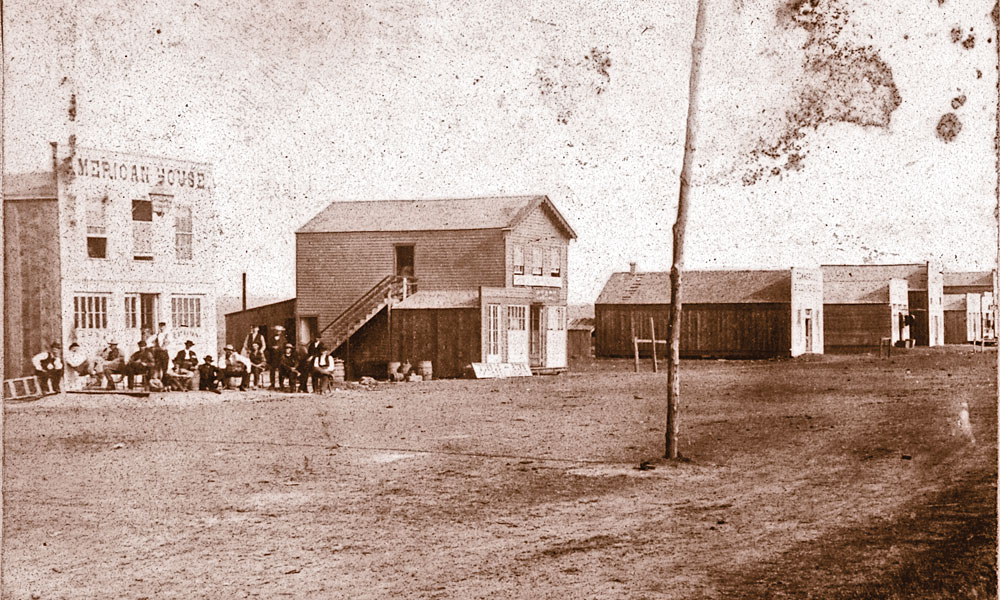 Somebody called Ellsworth the “Wickedest Cattletown in Kansas,” and the place had its moments. But its time was brief—and it almost didn’t get to that level of notoriety.

The town was platted in February 1867, just a few miles away from Fort Harker (previously Fort Ellsworth), but a small settlement was already in place. The location, in the center of the state, was no accident. The Santa Fe and Smoky Hill trails went through the area, and by July of that year, so did the Kansas Pacific Railway. But the next year saw growing pains.

The Smoky Hill River flooded the place in June. American Indian raids and a cholera outbreak caused many to flee; some accounts state only 50 residents remained of the estimated 1,000 who’d been there just months before.

But Arthur Larkin, one of the town fathers, wasn’t about to let his town die. He and others moved the town site to higher ground. In the fall of 1867, he built the Larkin House hotel and later opened a general store. Other buildings followed, and Ellsworth put down roots.

But stability didn’t mean peace. Outlaws Charlie Johnson and “Craig” ran roughshod over the locals before vigilantes lynched them in October 1867. Ellsworth County elected its first lawman in 1868—E.W. Kingsbury beat out some guy named James Butler “Wild Bill” Hickok for the sheriff’s job. Even that didn’t quell the violence. Town Marshal Will Semans was killed in September 1869, while trying to arrest a rowdy at a dance hall.

Still, Ellsworth’s golden years were ahead. By 1871, local officials and the Kansas Pacific Railway put up pens and invited Texas ranchers to bring their herds to Ellsworth—an invitation that was quickly accepted. To sweeten the deal, Ellsworth businessmen bought Abilene’s Drovers Cottage and moved it lock, stock and barrel to their town in 1872, providing room for 175 guests and 100 horses.

In 1873, just six years after being laid out, Ellsworth had its peak year. Approximately 220,000 head of cattle came through on the way to the slaughterhouses. The boom brought a lot of money to the area—much of it via saloons, gambling houses and brothels.

The streets got more dangerous, as shown by the accidental shooting death of Sheriff Chauncey B. Whitney, by Texas cowboy and gambler Billy Thompson, on August 15. Texans and locals were at odds over the next couple of years, engaged in a weird relationship that was mutually, financially beneficial, yet dangerously mistrustful and sometimes violent.

But things quieted down by 1875. Rural settlement around Ellsworth blocked the cattle trails, and then the Kansas Pacific shut down the cattle pens. Dodge City became the new “Queen of the Cowtowns.” And Ellsworth became a peaceful little country town—not so wicked anymore.