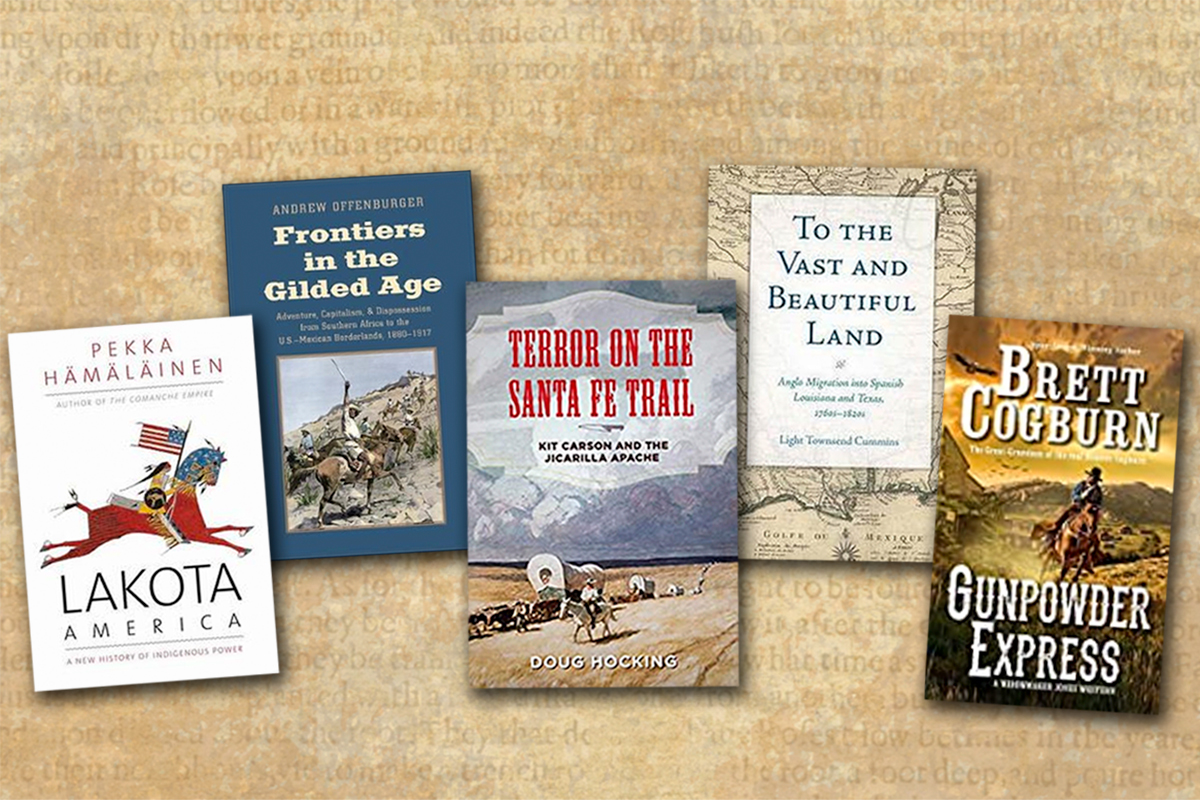 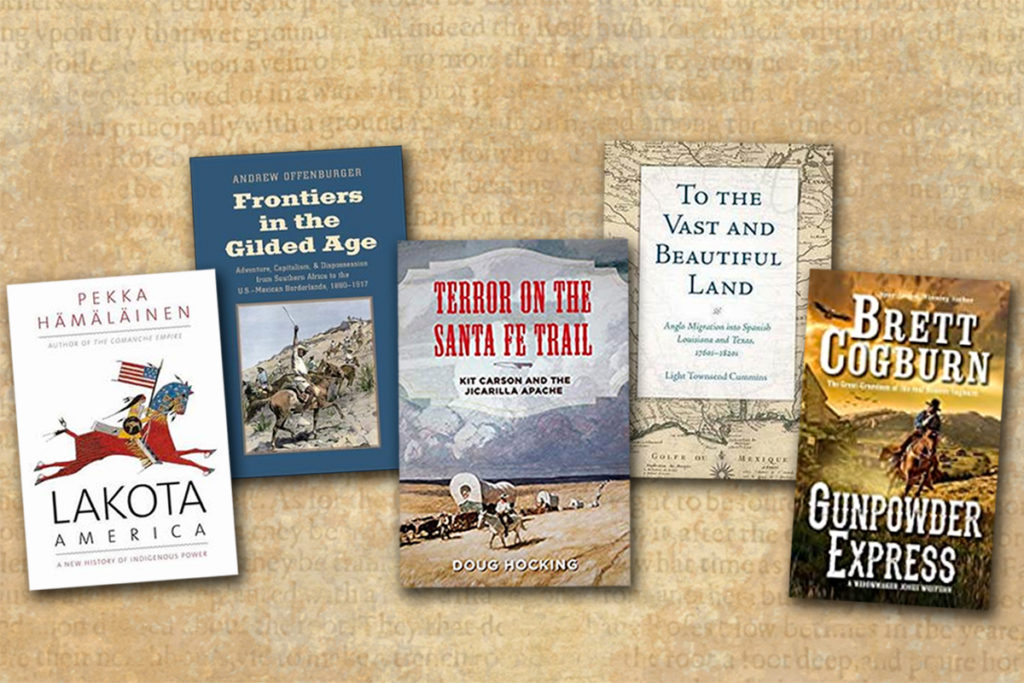 For scholars and students of Western American history, the decades of the 1840s and 1850s are typically covered with lessons on the Oregon Territory, Texas, the Mexican War, the Gold Rush and the growing Constitutional crisis over slavery and states’ rights.

At the conclusion of the James K. Polk presidency in March 1849, thousands of former Mexican citizens and scores of Native tribes with long-established networks of trade, cultural homelands, alliances and enmities were now living under the laws of the American federal government in Texas, the Oregon Territory and the vast former northern territories of Mexico, ceded by the Treaty of Guadalupe Hidalgo, including New Mexico. Settlers, bonanza seekers, missionaries and federal bureaucrats were traveling across the country and settling in the region from the Olympic Peninsula to the north and to the Rio Grande in the south.

And, right alongside the new American settlers was the U.S. Army building dozens of new camps and posts along key trails and near communities to protect and enforce the laws and will—through military force—of the United States government and the fast-growing Anglo-American Western citizenry.

Greatly overlooked by scholars and educators is one of the first conflicts between the new government and indigenous residents in the United States’ new Western lands—the 1848 to 1855 war with the Jicarilla Apaches in the New Mexico Territory. Doug Hocking’s Terror on the Santa Fe Trail: Kit Carson and the Jicarilla Apache (TwoDot, $29.95) quickly fills a gap in the historiography of the Southwest and should be required reading for students of the trail’s history and the Territory of New Mexico’s first decade. Hocking writes in his introduction: “[T]oday the Jicarilla Apache
are nearly forgotten, their great victory at Cieneguilla overlooked, occurring before the Civil War when New Mexico was still a far-off land. These were the warriors who were once the Terror of the Santa Fe Trail, foe, friend and fighting comrades of Kit Carson.”

Hocking’s Terror on the Santa Fe Trail has created an important scholarly resource on the Santa Fe Trail, Kit Carson, the Jicarilla tribe and Army and civilian rule in the first decade of New Mexico Territory history. The well-illustrated volume includes a useful historiography, bibliographical sources, detailed endnotes, an informative glossary and two appendices—“Posts and Forts of the Jicarilla Country” and “Treaties with the Jicarilla”—that are invaluable for students, researchers and educators. Detractors and apologists of Kit Carson would equally benefit from reading Hocking’s thoughtful history of this oft-overlooked chapter in the Apache Wars and Carson’s decisive and multiple roles in securing peace for the Jicarilla people—even if he was not able to live to see them secure their own reservation.

Anglo Migrants to the Borderlands

To the Vast and Beautiful Land—Anglo Migration into Spanish Louisiana and Texas, 1760s–1820s (Texas A&M University Press, $45)—by Professor Emeritus of History at Austin College in Sherman, Texas, Light Townsend Cummins—presents 11 of his essays written over a 30-year period spanning the 20th and 21st centuries, and explaining the immigration of English-speaking people into Spain’s Louisiana/Texas borderlands. Cummins, who served as State Historian of Texas from 2009 to 2012, adds this erudite, heavily footnoted volume to his catalog of a dozen authored or edited books. This book is sure to become an important reference work for anyone writing about the settlement of the Louisiana/Texas borderland.

In Frontiers in the Gilded Age: Adventure, Capitalism, and Dispossession from Southern Africa to the U.S.-Mexican Borderlands, 1880–1917 (Yale University Press, $45), author Andrew Offenburger has ably interwoven the frontier “conquest” during the Gilded Age on two continents: primarily South Africa and the Yaqui territory. A British missionary, a Boer exile and an American adventurer-capitalist entered lands with little respect for the culture and lives of the natives. Their goals were to steal the Indian and native African land and make themselves rich. African natives were dispossessed and often en-slaved. Their role in killing and tearing Yaqui families apart to exile them to Yucatan, highlights their (the missionary harvested Mexican souls, without deference for the people) collaboration with the Mexican government.

While S. C. Gwynne’s 2010 title Empire of the Summer Moon: Quanah Parker and the Rise and Fall of the Comanches, the Most Powerful Indian Tribe in American History received considerable notice, it was Pekka Hämäläinen’s Comanche Empire, released by Yale University Press the previous year, which deserved laurels for its solid scholarship. A decade later, Lakota America: A New History of Indigenous Power (Yale University Press, $35) is Hämäläinen’s latest foray into American Indian history and culture. Hämäläinen surpasses most of the legions of authors who have delved into the people popularly known as the Sioux, and his work will appeal to serious readers, who will find this a must addition to their libraries.

Brett Cogburn’s Gunpowder Express, (Pinnacle, $7.99) is an intriguing combination of history and fiction that takes place during the late 1860s in the Arizona Territory. Widowmaker Jones tries to protect a gold shipment traveling from the Vulture mine at Vulture City to the train station in Phoenix. The adventure takes the reader across a trail that the author calls the “Gunpowder Express,” where there are several attempts to have the shipment taken away. Cogburn has a unique way of developing bad guys while intertwining history with fiction that will keep you reading. I found the book entertaining and full of action. I recommend it as an outstanding read.