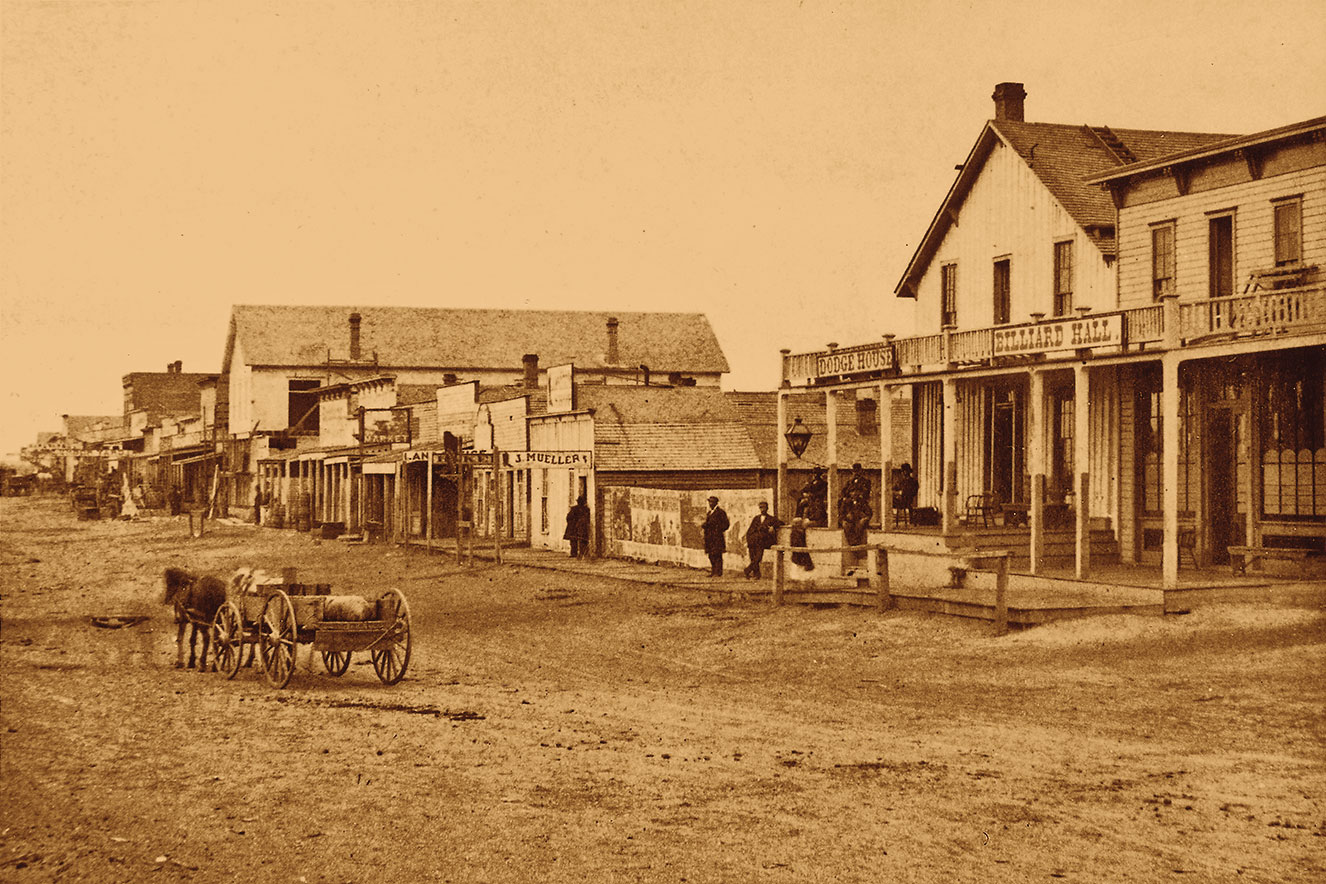 It’s true that cowboys mainly ate beans, biscuits and beef along the trail, but after months of the same old grub, they longed for the end of the trail and a decent meal. Kansas cow towns are the best known because of the Chisholm Trail, but Colorado, Missouri, New Mexico, Wyoming, Montana, Texas and Nebraska had stockyard cities as well.

Those towns saw cowboys and thousands of cattle explode into town come late summer from the 1860s to the 1900s. When these trail-worn men reached the end-of-trail towns, a mighty celebration took place. They wanted women, clean clothes, hot baths, stiff drinks and delicious meals that didn’t consist of beans. Since the towns were doing well with cattle money and other business, restaurants and hotels served almost anything. Imagine a cowboy sitting down to supper at the Douglas Avenue House in Wichita, Kansas, and looking at its 1872 menu that offered mock turtle soup, baked ham with champagne sauce, chicken pie, stewed tomatoes, cabbage and fresh vegetables. Their dessert options included strawberry, peach or lemon pie, marble cake, silver cake, gold cake or ice cream.

Omaha, Nebraska, served as a stockyard city from the early 1870s to well into the early 1900s. In 1891 Restaurant Francais opened and served decadent French meals. The French owners offered cream of asparagus soup with hors d’oeuvres of sausage, butter, olives and sardines to start. Entrees included veal with rice and petite peas or filet mignon with madeira sauce. In between servings, cowboys could order an omelet with rum, toasted bread or quail on toast. If they had room, they could finish their meal with fruit, Roquefort cheese, mince or apple pie, coffee, fine champagne, Bordeaux wine or cigars.

You don’t have to knock off the trail dirt to enjoy a fancy meal like the cowboys did, but I’m sure the owners and patrons alike would appreciate it if you cleaned up. Step back in time in Fort Worth, Texas, when you dine at the Stockyards Hotel that’s been in business since 1904. You can also visit the Plaza Hotel in Las Vegas, New Mexico, which has been open since 1882.