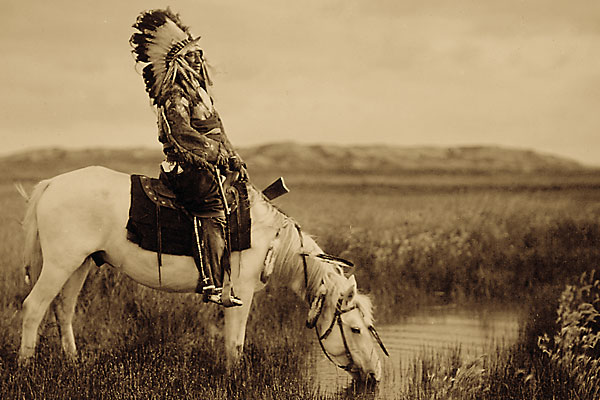 It occurs naturally, everywhere in the West.

It has a special affinity for the state of Nevada where it commonly exists in groundwater in amounts higher than in other parts of the country. Man’s mining activities can elevate its water concentration to lethal levels.

This unhealthy substance is arsenic, a one-time medicine that is one of history’s most successful methods of murder and the occasional source of unintentional poisoning for a few thirsty, careless or just unlucky travelers in the Old West.

Long before the Environmental Protection Agency (EPA) and the Food and Drug Administration, many travelers in the Old West faced the danger of drinking water from shallow surface pools in the desert. Often those pioneers miscalculated their water supply and consumption rate. Low on water, they may have followed a mislabeled map or accidentally stumbled upon an “oasis” or “water hole” in the desert.

Sometimes the travelers’ guide understood that in certain places, a water hole could be “poisoned” and should be avoided. A beckoning pool may be spring fed; but late in the summer, when production was naturally decreased, surface water tended to evaporate, leaving higher concentrations of both harmless and deadly minerals dissolved in the water left behind.

The veteran frontiersman knew to look around a prospective pool for an absence of vegetation or the scattered bleached bones of some unfortunate animals or humans who had been too thirsty to have avoided taking a chance.

Arsenic was frequently the con-taminant that poisoned water holes in the Old West. Depending upon arsenic concentration and how much one drank, water from such an oasis could often lead to severe, painful illness with lingering debilitating effects and sometimes (for the very thirsty and very unlucky) an agonizing and rapid death.

One can perform some interesting calculations using modern EPA water data, estimating the concentrating effects of surface evaporation and then assuming that similar man-made and natural arsenic contamination existed in the Old West.

If an unfortunate frontier traveler consumed water from an evaporating pond in the vicinity of some mining operations, he could ingest a lethal dose of elemental arsenic (about 80 mg or 0.0028 ounces) after consuming as little as one liter of contaminated water (about 34 ounces).

In less contaminated areas, unaffected by mining, the lethal water consumption would have been much higher or around 17 liters (about 4.5 gallons), obviously impossible to drink at one time. The chronic daily ingestion of one or two liters of less contaminated water, however, could still have led to severe illness, often with eventual incomplete recovery. Along with an increased risk for cancer, the poisoned survivor may have ended up with damage to his liver, kidneys, gastrointestinal tract and nervous system, sometimes unable ever to walk again.

Dr. William Buchan noted in his 1786 treatise Domestic Medicine: “When a person has taken arsenic, he soon perceives a burning heat, and a violent pricking pain in his stomach and bowels, with an intolerable thirst, and an inclination to vomit. The tongue and throat feel rough and dry;
and, if proper means be not soon administered, the patient is seized with great anxiety, hiccupping, faintings, and coldness of the extremities. To these succeed black vomits, fetid stools, with mortification of the stomach and intestines, which are the immediate forerunners of death.”

The frontier doc had only limited effective remedies to offer his arsenic poisoned patient besides the universal recommendation to induce vomiting, followed by drinking large quantities of fresh milk, along with “gruel and flax-seed tea” or even “rust from old iron,” as recommended by 1867’s Gunn’s New Family Physician.

Today’s doc can more effectively ensure recovery by pumping the stomach, preventing major organ collapse and injecting the drug dimercaprol followed by oral penicillamine (not the antibiotic) or succimer (all chelating agents) to facilitate the excretion of arsenic in the urine before it inflicts too much damage.

Interestingly, in our “age of bottled water,” thirsty desert travelers are still at risk. Instead of consuming arsenic, they may gulp down bisphenol-A (BPA) as a gift from certain plastic bottles. Some experts say that BPA may cause disruption of normal hormone functions and may be a co-factor in the development of breast cancer. Goodness, gracious, where can we hide?