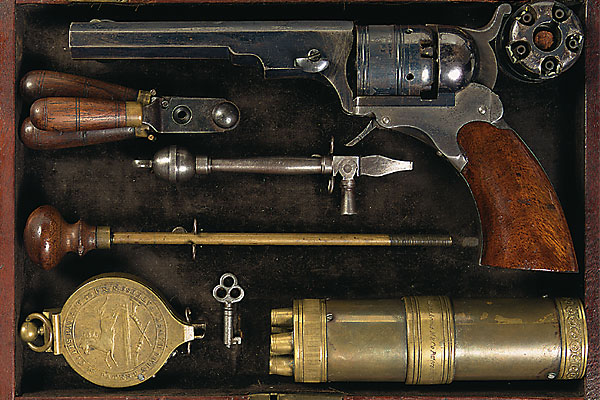 “I want no man who hesitates,” Frank Stewart told his Panhandle stockmen when they had realized that they weren’t just rounding up some stolen steer near Fort Sumner—they were going after Billy the Kid and his gang.

Yet Frank Stewart and Lincoln County Sheriff Pat Garrett had a little fun along the way. While resting in Puerto de Luna, New Mexico, Garrett reported how Francisco Aragon entertained the men with his boasts that he, alone, would fight the desperadoes and turn them over to Garrett. The sheriff decided to play along with bold Aragon and, the next morning,  he watched him try to recruit volunteers. Aragon was not ready by 10 a.m., nor 2 p.m., and finally declined to join in the fight. “It was with difficulty I prevented Stewart from roping and dragging him by the horn of his saddle,” reported Garrett in his book, The Authentic Life of Billy the Kid.

Eventually, the posse would make its way to Stinking Springs, where they surrounded an abandoned house and convinced the Kid, Billy Wilson, Tom Pickett and Dave Rudabaugh to surrender on December 23, 1880, by tempting their stomachs with meat roasting over a campfire (Charley Bowdre was shot and killed earlier). Stewart, Garrett and the rest of the men led the prisoners to Las Vegas. On the way, at Fort Sumner, the Kid had made a present of his favorite mare to Stewart because “he expected his business would be so confining for the next few months that he would hardly find time for horseback exercise,” Garrett reported.

The Las Vegas Gazette confirmed the gift of the mare and also reported that W. Scott Moore, the owner of the Adobe Hotel in Las Vegas, made a New Year’s present of a Colt Frontier six-shooter to Stewart. In return, Stewart gave Moore’s wife Billy the Kid’s mare, which she renamed “Kid Stewart Moore,” reported The Las Vegas Gazette on January 7, 1881. (Billy the Kid would dispute this gift, stating he actually sold his mare to his attorney, Edgar Cayplese.)

That frontier six-shooter sold for an $80,000 bid by Rock Island Auction during its December 2-4, 2006, collectible firearms auction. Other historic firearms were included in the auction that hammered in at around $8 million.

Samuel Colt personally presented this Double Cased Pair of Colt Revolvers to Civil War Gen. R.B. Marcy (see top of the barrel at right) in a mass ceremony held around November 1, 1861, during which Colt presented about 60 revolvers. This set contains a .36 caliber Colt Model 1862 Police Percussion revolver (serial no. 6511) and a .36 caliber 1861 Navy Percussion revolver (serial no. 1803). The lot included army maps from when Marcy explored wagon roads out west: a desktop-sized map of the “Country Upon Upper Red River” explored in 1852 and a wall-sized map of the country between Arkansas and New Mexico that was explored from 1849-52; $200,000.

The Wild West showman and famed buffalo hunter was presented with a 1907 Savage semi-automatic pistol in .32 caliber (serial no. 33177), on August 22, 1911. In an advertisement (left), he is quoted: “It is the first automatic I ever owned or fired. I had turned them down without trial and stuck to an old Army revolver. Today I took the old revolver and the Savage automatic out and fired each fifty times making, to my surprise, a much better score with the automatic than I could with my old pet gun.” The lot included a circa 1890s cabinet card of Cody in a Prince Edward jacket (far left), as well as a letter of authenticity from firearms expert R.L. Wilson, correspondence with the Buffalo Bill Historical Center in Cody, Wyoming, concerning placement of the pistol in the museum, and a copy of the Savage ledger showing the pistol was shipped to Cody; $110,000.

Collectors found a treat with this specimen that is rarely offered for sale. A Factory Cased Colt No. 2 Belt Model Paterson revolver (serial no. 611) with accessories was the top lot at auction, hammering in at $260,000. The five-shot, .34 caliber cylinder is decorated with a roll-engraved centaur scene. A card pasted to the bottom of the mahogany case is engraved, William Wallace Pecy/Bristol RI,” and has handwritten messages, “Given to Will 1876/by his mother” and “Return to Will/RHP/1900.”