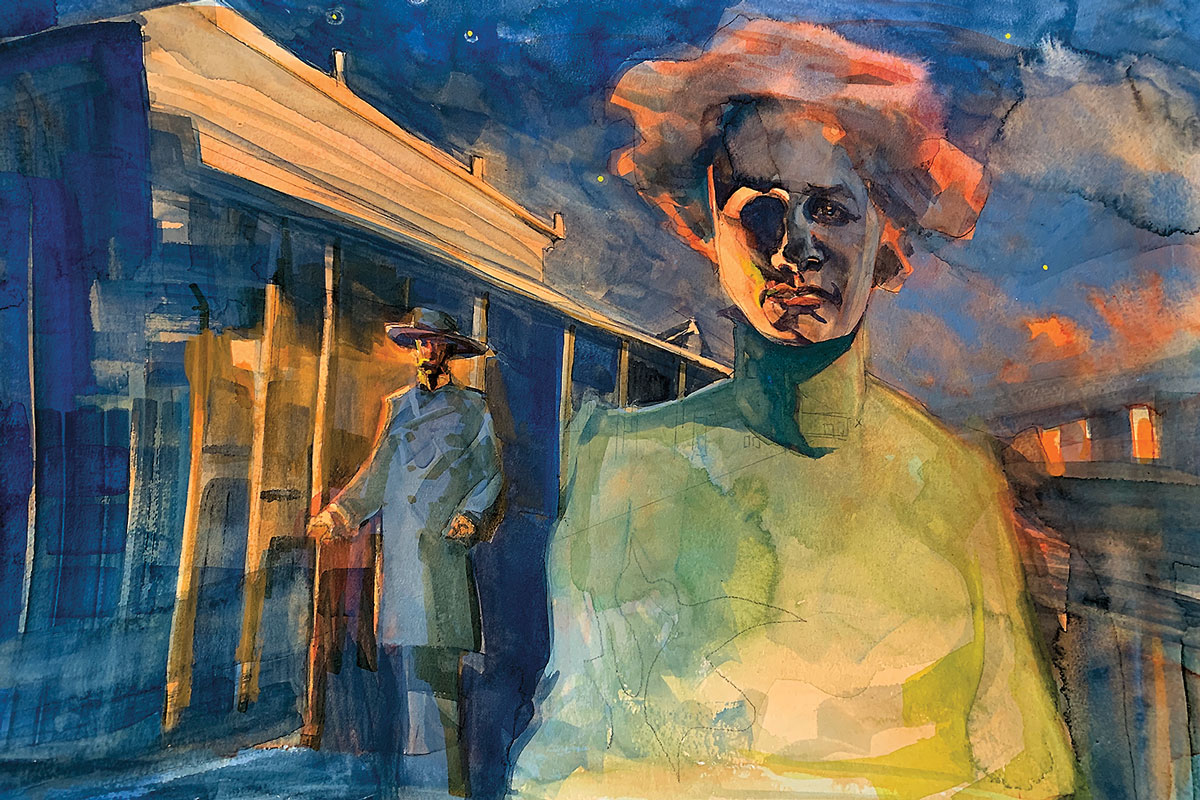 Around 3 p.m., October 26, 1881. Guns exploded in an empty lot on Fremont Street in Tombstone, Arizona Territory. Most bystanders ducked for cover, although a few watched the proceedings. That may have included a person staring out a side window at Fly’s Boarding House, the building that bracketed the south side of the lot.

Mary Katherine Haroney was also known as Kate Elder, and she’s gone down in history as “Big Nose” Kate. She was Doc Holliday’s paramour, and they were staying at Fly’s. She had seen tensions build through the day. She overheard Cowboy Ike Clanton—armed with a rifle—come to the boardinghouse and ask Molly Fly if Doc was around. Molly lied and said no. Kate awoke Doc and told him that Ike was on the prowl. Doc armed himself and went out, returning only after the fight.

Kate said she saw the shootout, peering out a window as the guns went off. Outside of a couple of details, her account of the incident was remarkably accurate. But in telling the tale, she said it occurred in the late morning (when it was mid-afternoon). And she said Ike Clanton ran before the guns went off (he left after the first few shots).

But that’s understandable—when you take into account that Kate (then going by her married name of Cummings) was recounting the fight 58 years afterwards in a letter to a niece. And that’s raised questions. Why did Kate wait so long to recall the street fight? There’s no evidence she said anything about it in the years before. And Kate was 89 years old! Were her memories that accurate—or had she gotten the story from another source? Those questions have led at least some people (including historians) to doubt that Kate actually witnessed the shootout.

She might have had an opportunity to give eyewitness testimony soon after the event. The Spicer Hearing included several accounts of the fight—but not Kate’s. Why she was not called is a mystery. And she left town during the hearing, which indicates she knew she wouldn’t take the witness stand, or didn’t want to.

So the debate continues: did Kate witness the street fight or not? We may never know for sure.

But her recollections include a remarkable point, post-fight. Doc came back to their room and sat on the bed and began weeping. “That was awful—awful!” If that happened, Doc wasn’t the cold-blooded killer portrayed in many books.

Kate died just a few months after writing the letter. She didn’t leave much behind—except a letter that may or may not have given an eyewitness account of the Gunfight near the O.K. Corral.