What History Has Taught Me: Silas Hite 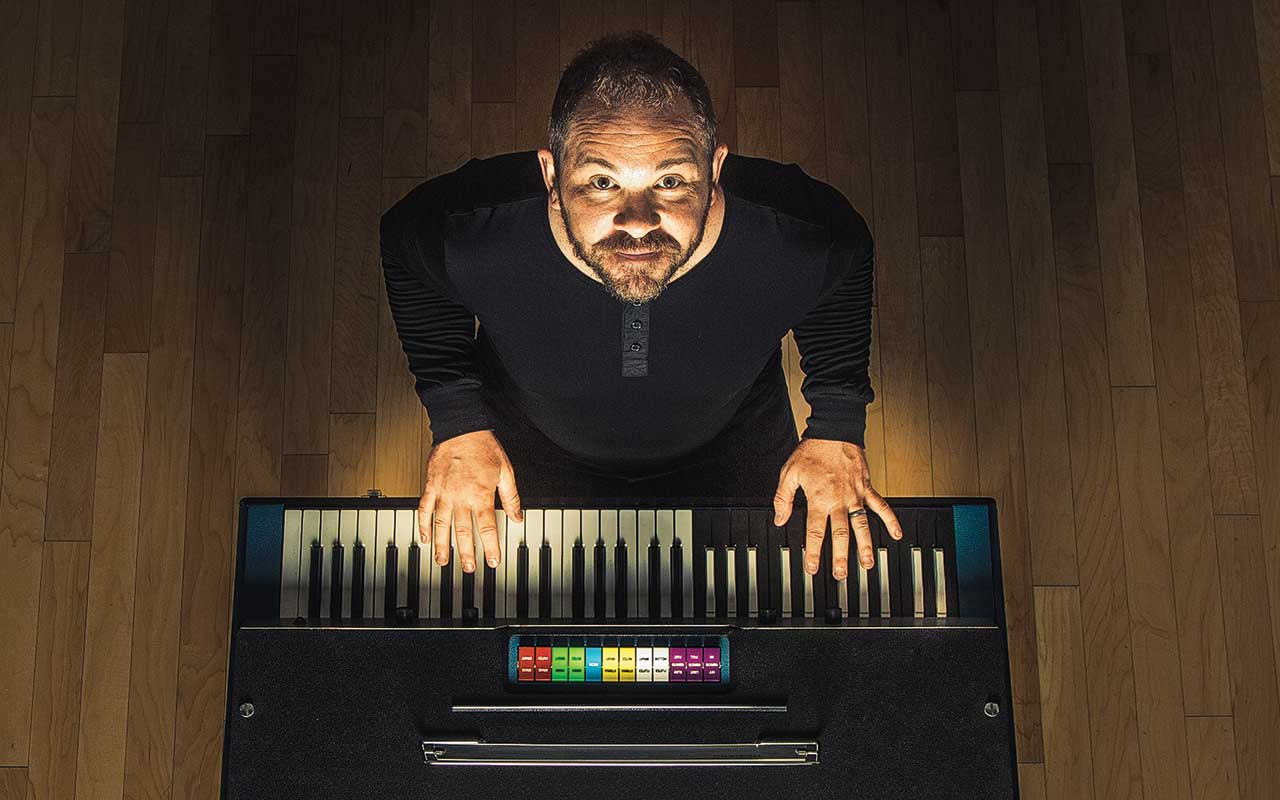 Silas Hite is an Emmy-winning film/TV composer who was raised in the tiny mountain town of Crown King, Arizona. He began his career working with his uncle, noted composer Mark Mothersbaugh (Devo), before becoming a freelance composer. His music plays in television shows around the world, from kids’ shows like Shaggy & Scooby‑Doo Get A Clue! to adult shows such as Duck Dynasty and Chef’s Table. Hite has also scored hundreds of commercials for clients like Apple, McDonalds and Chevy. He also releases albums of Americana music under the name The Satin Cowboy & The Seven Deadly Sins. You can see and hear his work at SilasHite.com.

Growing up in a mining camp at the end of a dirt road felt like the Wild West. A one-room school, a swinging door saloon, gold mines, Indian forts, mountain lions, etc. My dad worked for the mine, so sometimes I’d get to go underground with a headlamp and boots. It was cold, wet and dark. Always a scary yet exciting experience! When I was young, I’d visit my mom while she was cooking at the boardinghouse where the miners lived. It was an odd place for a kid to hang out, but most of them missed their families, so they were really nice to me. I even remember getting Christmas presents from some of them.

A teacher who was a great influence was Mel Zelnick, a retired drummer who had played with Benny Goodman and was a fantastic teacher. Once a week my parents, bless their hearts, would drive me forty-five minutes down a dirt road to his house to take a lesson after school. Then we’d turn around and drive all the way home in the dark, under the stars.

My mom and dad are the best people on the planet. I am so lucky to have parents as intelligent, funny and fun as they are!

Summertime in the Bradshaw Mountains is a hot and dangerous affair. Every year the threat of the town of Crown King being erased by forest fires looms large in my mind. I just pray that visitors understand the danger and are respectful and careful.

Attending the Orme School after growing up in Crown King helped bridge the gap between Crown King and my future life in the city. I made lifelong friends from all over the world, learned about other cultures and received a great education. We lived on campus, away from our families, so that made us very close. I still hang out with my Orme friends; they’re family to me.

Storytelling is my job! When I score films or TV shows, I help the director tell their story through music. I have to combine the perfect instrumentation, mood and pacing to communicate the story being told on-screen.

When your uncles are the founders of Devo you see how to live a life full of art and music on your own terms. When I got older, they taught me how to be a composer. I am deeply grateful for their influence on my life.

Hollywood is an odd place. It’s a bit of an alternate universe, in both good and bad ways. That said, I do enjoy living in L.A. It’s a place that’s constantly creating new art, music and ideas. It’s exciting to be a part of that.

Influences on my band The Satin Cowboy & The Seven Deadly Sins are John Prine, Tom Petty, Dylan, old country songs, bluegrass and the Southwestern landscapes that have seeped into my consciousness. I think you can hear all of that in the new album, Amigos.

The most unique instrument I own and play is a pump organ from the 1880s. It was built before instruments were electric, so you pump the bellows with your feet to make sound. It groans, squeaks and sounds like it’s haunted!

One type of film I’d still like to score is a Western, of course! That would be a dream come true.

What history has taught me is that humanity is at its finest when we remember that we are capable of incredible acts of compassion, dignity and selflessness.