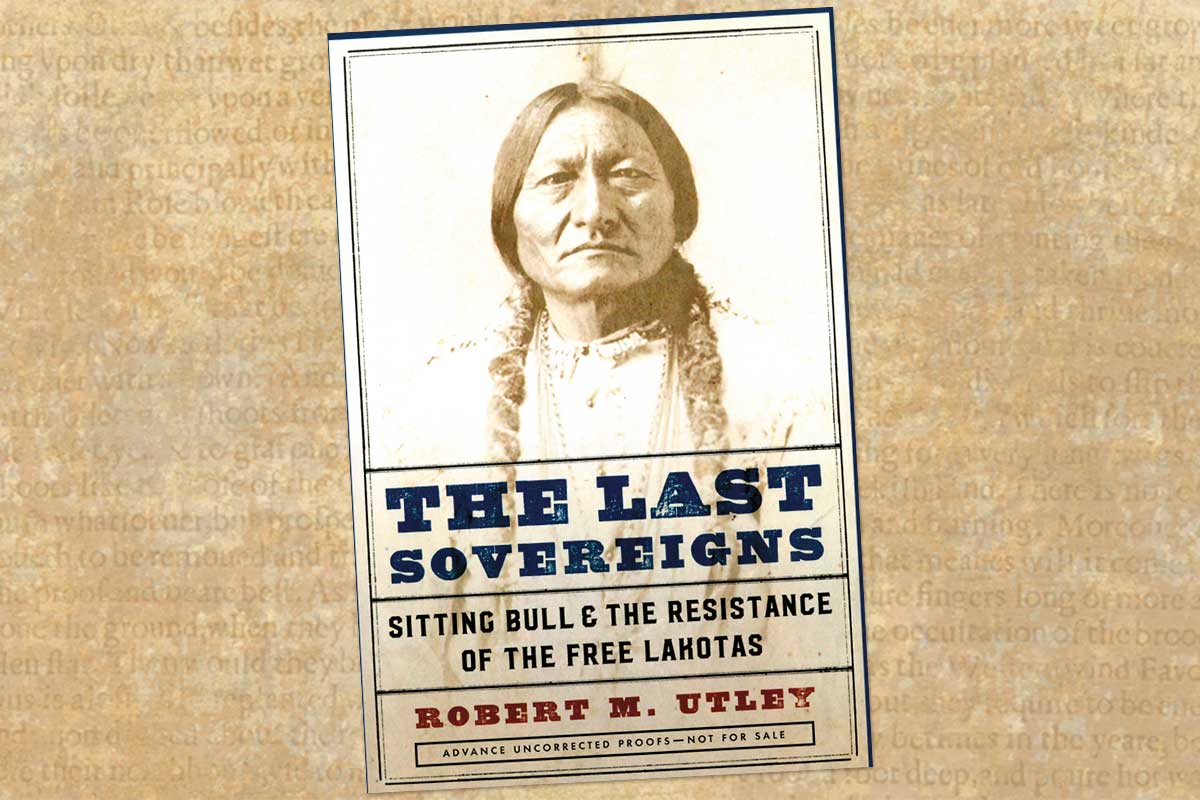 After nine years in Iowa City, Iowa, our family packed up in early August and pointed the cars West to Prescott Valley, Arizona. Driving 1,500 miles on crowded interstates and nearly empty two-lane highways across the southern plains allowed plenty of time for thoughtful reflection on the current status of Western publishing. What I concluded was actually always in front of me, prodding me forward, the vast and inspiring Western horizon, filled with all its beauty, complexities, history, stories and people.

And who wouldn’t come to this conclusion when in the same year two of America’s greatest writers of the 20th century, nonagenarians Robert M. Utley and Max Evans would publish their seminal books, The Last Sovereigns: Sitting Bull and the Resistance of the Free Lakotas and The King of Taos, respectively?

New and Classic Favorites of 2020

Bob Utley’s The Last Sovereigns is the Western historian’s crowning achievement and should be at the top of everyone’s history reading list in 2020. As Utley poignantly writes in his preface, “The story of the last free Lakotas gives us a new appreciation of Native resistance in the waning years of Indigenous free life. The drama of these four years is at times heroic and thrilling, at other times heartbreaking and brutal. As the fortunes of these last free Lakotas change, we follow Sitting Bull to the climax of both his life and the free life of the Lakotas.” Thanks to the University of Nebraska Press’s Bison Books imprint, Utley’s The Last Sovereigns joins reissues of Utley’s Billy the Kid, Frontier Regulars, Frontiersmen in Blue, After Lewis and Clark, and Custer and the Great Controversy.

Speaking of nonagenarians, in last year’s November book review section I reviewed 95-year-old Frank H. Newell’s first novel, The Lantern, an early 20th-century Western set in his native Nebraska. At press time in 2020 we are awaiting the follow-up from the Green Valley, Arizona, resident. Newell, who spent his career in editing and publishing, is also the sponsor of the Frank H. Newell Creative Writing Prize at his alma mater, Willamette University.

The University of North Texas Press continues to be a leader in Western history publishing with new titles from regular True West contributor and columnist John Langellier, Scouting with the Buffalo Soldiers: Lieutenant Powhatan Clarke, Frederic Remington, and the Tenth U.S. Cavalry in the Southwest, Doug Dukes’ Firearms of the Texas Rangers: From the Frontier Era to the Modern Age, and the greatly anticipated The Earps Invade Southern California: Bootlegging Los Angeles, Santa Monica and the Old Soldiers’ Home by Don Chaput and Dr. David D. De Haas.

Screenwriter and author Lee Martin has had a busy 2020, publishing classic Westerns Dead Man’s Walk, Fury at Sweetwater Pass, The Maverick Gun, Revenge at Rawhide and Fast Ride to Boot Hill. Her Darringer Brothers’ series (seven volumes to date) is also back in print with all titles from Vaca Mountain Press available in multiple formats through Amazon.com.

In “retirement,” South Dakota author Bill Markley has kept himself busy writing Western history for TwoDot publishing, including three in his “Lawmen of the Legendary West” series—Billy the Kid and Jesse James, Wyatt Earp and Bat Masterson, and Geronimo and Sitting Bull—which will hit the bookstores in May 2021.

A unique new perspective on Western American-Indian relations has just been published by Outskirts Press: Dinosaurs and Indians: Paleontology Resource Dispossession From Sioux Lands by Lawrence W. Bradley. Most scholars and students of the U.S. Indian Wars and Native land dispossession have not considered the role 19th-century Eastern scientists and academics played in the nation’s acquisition of traditional Indian lands, but Bradley’s detailed research opens an entirely new perspective on Manifest Destiny.

Labrador Publishing has recently published Texas law-enforcement veteran John Layne’s follow-up second novel Red River Reunion, a Texas-ranger Western that takes place in 1877. Layne knows the lay of the land, the history, the people—and the law and order—he writes about. His first novel, Gunslingers: A Story of the Old West, should be next up on your reading list!

For many years, the South Dakota Historical Society Press has been a small but exemplary publisher of Western biography. The Pierre-based press’s most recent addition to its catalog, Richard W. Etulain’s Abraham Lincoln: A Western Legacy, should be on everyone’s list to read in 2020. In this insightfully written biography, Etulain succinctly provides an insight to the nation-building motivations and goals of the 16th president, who unfortunately was not able to see his vision for his beloved nation fulfilled because of an assassin’s bullet.

Speaking of Richard Etulain, he has had a busy year, as the University of Oklahoma Press just published Thunder in the West: The Life and Legends of Billy the Kid and Billy the Kid: A Reader’s Guide. Anyone who follows the Kid will want these two selections in their library.

If the articles in this issue on Zapata and the Mexican Revolution piqued your interest in the subject, then I also recommend the University of Oklahoma’s recently published Epic Mexico: A History from Earliest Times by Terry Rugeley, a retired professor of Mexican and Latin American history.

Canadian author Annette Gray’s second narrative history, Journey of the Heart: A True Story of a Southern Belle in the “Wild West” (Graytwest Books), was first published in 2001, but was recently reissued. Gray’s biography of Missouri-born Mamie Bernard Aguirre, who came to the Southwest with her husband on the Santa Fe Trail, is a dramatic story of the trials and tribulations of a woman’s life in the mid- to late-19th-century West.

Multi-genre author Gary L. Pullman is back with On the Track of Vengeance, the fourth volume in his “An Adventure in the Old West” series (Campbell & Rogers). The series follows the adventures of bounty hunter Bane Messenger, who, in this latest series entry, has been deputized into the U.S. marshals service to chase down a gang of railroad saboteurs.

Western fiction remains a hot genre for Wolfpack Publishing, FiveStar and Pinnacle. A new title that just hit my desk is by True West’s Johnny D. Boggs. This, his latest Old West trail-driving novel, A Thousand Texas Longhorns (Pinnacle), will be on sale October 27, 2020.

Bantam continues to publish new and reissued Louis L’Amour titles from the “L’Amour Lost Treasures” series. The latest Western reissues in 2020 include Comstock Lode, Passin’ Through, The Ferguson Rifle and The Lonesome Gods, all of which contain informative bonus materials.