Maurice Kildare and the 1883 Bisbee Massacre 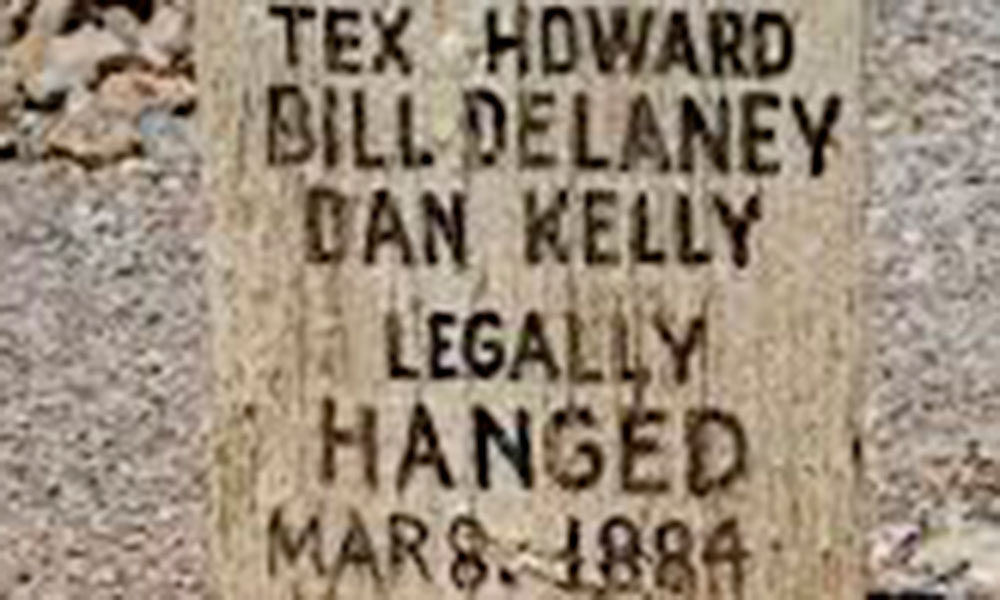 Several years ago, I read an article written by Maurice Kildare about the Bisbee Massacre in which he stated that the men hanged for it were not the culprits.  However, he appeared to be virtually alone among writers with this viewpoint. Who was this Maurice Kildare?

I’ve never heard any serious historian question the outlaw’s guilt and if there was any credible evidence I’m sure they would have jumped on it.  In reality, Maurice Kildare’s real name was Gladwell Richardson but he mostly wrote novels using several pen names. He never let the truth get in the way of a good story. That’s what he was good at….writing fiction.

I first wrote in detail about the “Bisbee Massacre” in my book “Arizona” published by Doubleday in 1977 and have lectured on it a number of times and had never heard serious historians question the guilt of Red Sample, Bill Delaney, Tex Howard, Dan Dowd and Dan Kelly, along with their alleged leader John Heath. During the botched up robbery four citizens were killed including a pregnant woman, Annie Roberts.

After reading Maurice Kildare’s article I did some more digging on the massacre which occurred during a robbery of the Goldwater-Castaneda store on December 8th, 1883 and the legal hanging of the five outlaws along with the lynching of Heath. I’ve also talked with other historians and there seems to be no doubt they were the culprits. All six were members of a notorious outlaw gang in Clifton, Arizona. After the robbery the gang split up. Two headed north, two went south and a third headed east. Lawmen quickly picked up their trails. Howard and Sample headed back to Clifton. Dowd and Delaney for Mexico and Kelly to New Mexico. Sheriff’s deputy Billy Daniels followed close behind and captured Dowd in Sonora. Delaney had gotten in some mischief and was arrested by Mexican officers.

Kelly was recognized and captured while sitting in a barber’s chair in Deming, New Mexico.

Physical evidence including an expensive gold watch and chain linked the men to the crime. Tex Howard had taken the watch then hoping to gain the favors of a soiled dove in Clifton gave it to her and told her of the robbery. The lady shared the information with her boyfriend and he in turn shared it with a lawman.

Heath demanded and got a separate trial and was given a life sentence at the Yuma Territorial Prison. On February 22nd, 1884 a mob of angry citizens stormed the jail, ignored the five condemned men took Heath out and hanged him from a telegraph pole on Toughnut Street.

A few days later, on March 8th the rest were legally hanged in the largest mass hanging in Arizona history.

Was Gladwell Richardson, aka Maurice Kildare just trying to pull some legs attached to tenderfeet?