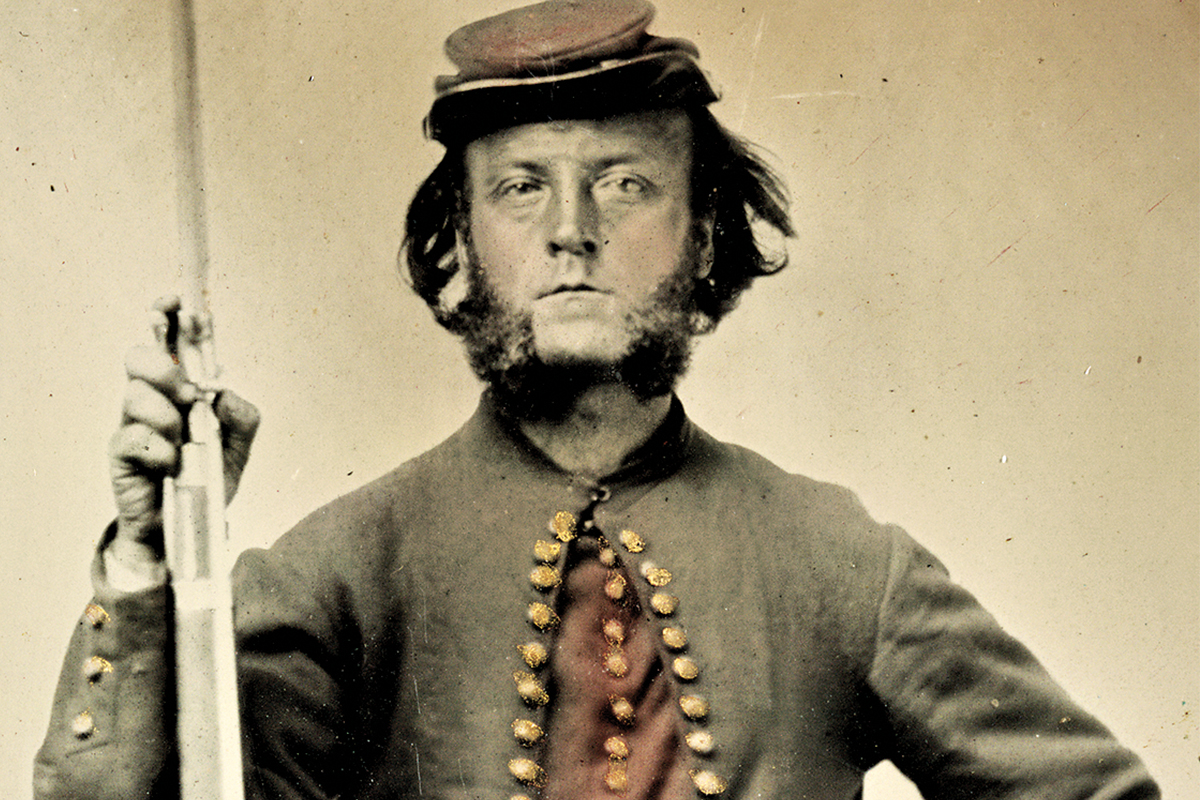 The young men of a divided nation answered the call of war 160 years ago, and their youthful visages before going to battle still haunt us today.

At 4:30 a.m., on April 12, 1861, Confederate Gen. P.G.T. Beauregard ordered his batteries at Fort Johnson to begin their bombardment of the Union-held Fort Sumter in Charleston Harbor. Thirty-four hours later, at 2:30 p.m., on April 13,  the fort’s commander, Maj. Robert Anderson, officially surrendered Fort Sumter to Beauregard and the Confederacy. America’s greatest conflict to date had begun. No sooner had the smoke cleared on the shot heard round the world from Fort Sumter than the call to arms rang across the divided Republic, and young men—North and South—answered its deadly ring.

At the time the War Between the States began, the divided nation’s two armies enlisted numbers were similar, about 200,000 each. By the time Gen. Robert E. Lee surrendered, five Aprils later, 2.1 million soldiers and sailors had worn the Union blue and 880,000 had donned the Confederate gray. Half a million of the soldiers who fought in the war were foreign-born, including over 200,000 German and 150,000 Irish-born men. In 1860, four million Black Americans were still enslaved, but by the end of the conflict, 180,000 African American soldiers served in 166 Union Army regiments. The majority who fought on both sides were volunteers.

The average age of a Yankee soldier was almost 26, while statistics do not exist for the Southern rebels. Recent statistics have raised the casualty total from the long-accepted 620,000 killed to 850,000 Union and Confederate soldiers who perished in the war. Two out of three who died in service of the North or South expired from disease rather than battle.

Today, 160 years later, most of the names of the men and their loved ones in the photographs may have been forgotten, but their personal sacrifice, Blue or Gray, North or South, white or black, has not. We honor their courage, one and all. Yet, in honoring them, we remember Stephen Crane’s reflective words from The Red Badge of Courage:

“So it came to pass that as he trudged from the place of blood and wrath his soul changed. He came from hot plowshares to prospects of clover tranquility, and it was as if hot plowshares were not. Scars faded as flowers.”

“He had, of course, dreamed of battles all his life—of vague and bloody conflicts that had thrilled him with their sweep and fire.” —Stephen Crane, The Red Badge of Courage