Fighting Earps, Rattlesnakes and the Birds and the Bees 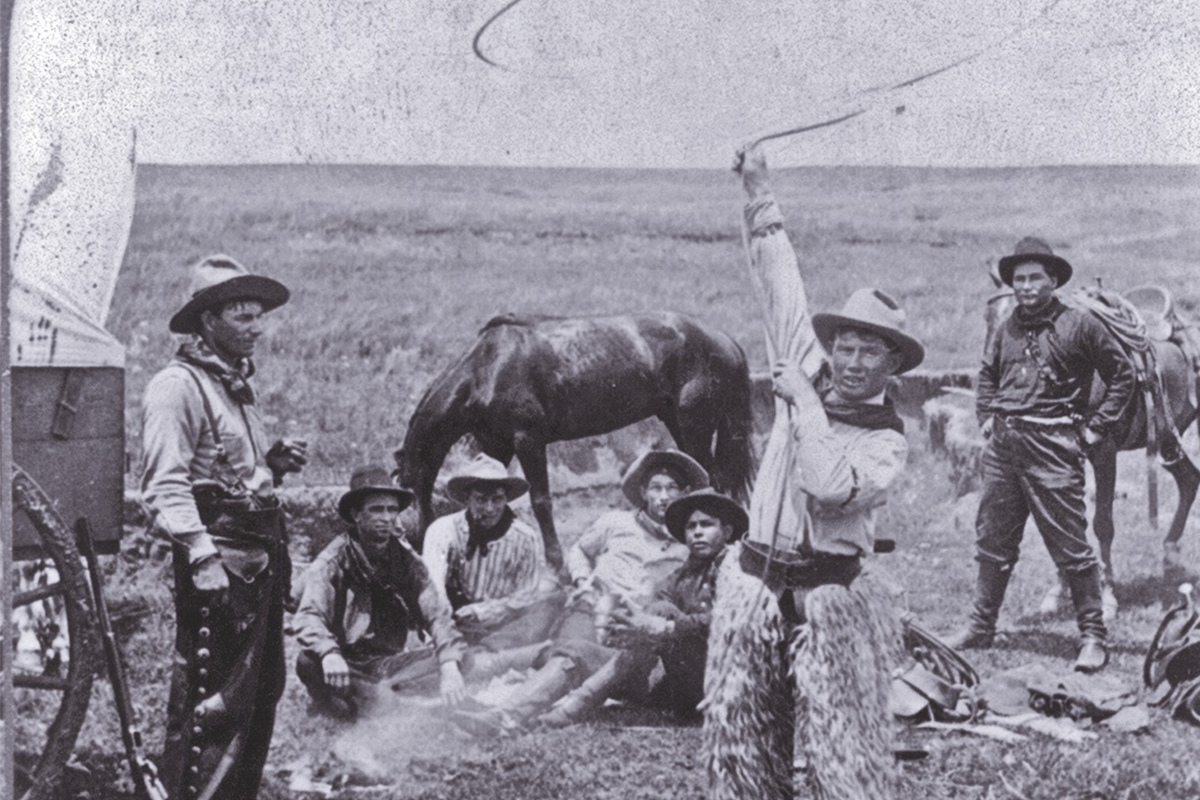 Did any of the “Fighting Earps” have children?

Nicholas Earp and his first wife, Abigail Storm, had two children; one was a son they named Newton. Abigail died when Newton was only two. Newton’s sister Mariah Ann passed two months after his mother at the tender age of 10 months. Nicholas’ second wife, Virginia “Ginny,” bore him eight children, including five boys: James, Virgil, Wyatt, Morgan and Warren. Of Nicholas and Ginny’s five boys, only Virgil fathered a child, a girl. Newton fathered two boys, Virgil, and Wyatt, naming them after two of his younger half-brothers. All the Earp brothers, including Newton, were close.

In the second True Grit movie, there is a scene where they are bedding down for the night. It appears Rooster puts a rope on the ground around Mattie’s bed. Why?

There was an old superstition that a rattlesnake wouldn’t cross over a rope, so cowboys used to string one around their bedrolls to keep the snakes away. I had a chance to witness a test of whether or not a snake would be thwarted by a rope. It wasn’t.

How did Old West figures take care of their guns?

It depended on how much they might need their revolver in a life or death situation. Men like Wild Bill Hickok, Billy the Kid or Jesse James might clean and oil their pistol every day because their lives might depend on it at any given moment. Black powder was dirty, and you didn’t want a malfunction at a critical moment. A cowhand, who had different and more infrequent gun needs, might clean it once a month or so.

My friends and I were having a discussion about parents having sex in those one-room cabins on the frontier. I said, “Let’s Ask the Marshall.” They said, “He won’t answer that one.” So, we made a bet. I said you would.

Brenda, you win! There are many ways to answer your question. I could simply say, “They did it quietly,” or “They waited until the kids fell asleep.” Living in such cramped quarters, modesty was difficult if not impossible. Kids figured out at a young age how babies were made and where they came from. Oftentimes, the older children assisted their mother in giving birth. Add in the fact that kids grew up around livestock and saw animals in the act of mating and giving birth.

In reality, couples just “did what comes naturally.” Then someone came along in the 20th century and invented “privacy” along with homes featuring separate bedrooms.

How were elections run in the Wild West?

For the first 50 years of American elections, most voting wasn’t done in private, and voters didn’t even make their choice on a paper ballot. Instead, those with the right to vote (only white men at the time) went to the local courthouse and publicly cast their vote out loud.

Campaigning and carousing were allowed at the polling place, and candidates often provided whiskey to prospective voters—which might explain why turnout rates were around 85 percent.

The first paper ballots began appearing in the early 19th century, but they weren’t standardized or even printed by government elections officials. By the mid-19th century, state Republican or Democratic party officials would distribute preprinted fliers to voters listing only their party’s candidates for office. They were called “tickets” because the small rectangles of paper resembled 19th-century train tickets.

Irregularities at the polls were common. In the Pima County sheriff election of 1880, Republican Bob Paul was running against Democrat Charlie Shibell. Paul had a good reputation as a tough lawman while Shibell was more of an administrator. Cowboys Ike Clanton and Johnny Ringo managed to get themselves named election officials. With only 50 eligible voters in the San Simon District, Shibell received 123 votes and Paul only got one. Paul lost the election, but an investigation later declared him the winner.