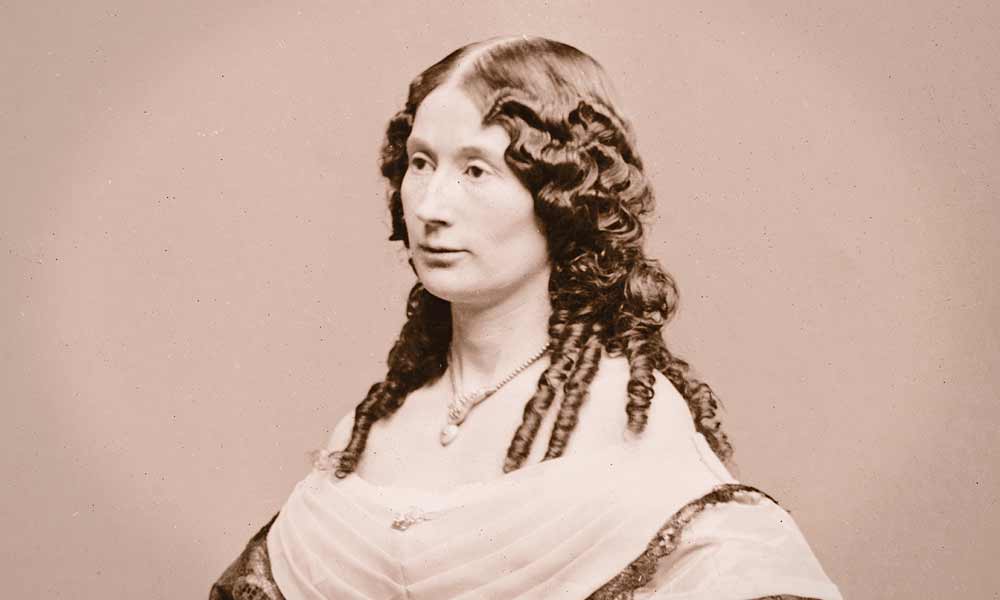 Long before anyone ever mentioned Monica Lewinsky’s blue frock, everyone was talking about Laura Keene’s dress stained with President Abraham Lincoln’s blood.

More than 150 years have passed since Lincoln was killed at Ford’s Theatre in Washington, D.C. On April 14, 1865, Keene, the star of Our American Cousin, watched as John Wilkes Booth delivered his fatal shot.

Dressed in a striking, maroon-colored gown, the beautiful, dark-haired actress hurried out from the wings to center stage. She paused before the footlights to entreat the audience to be calm, saying,  “For God’s sake, have presence of mind and keep your places, and all will be well.”

As patrons bolted, Keene entered the President’s box. He looked “as if he had only fallen,” Keene biographer Vernanne Bryan reported. “But upon closer scrutiny,” Keene added, “the picture became distorted…under his great head, seeping slowly across the floor in a crimson pool, came his life’s blood.”

With Mrs. Mary Lincoln sobbing uncontrollably, Keene asked the doctor if she could hold the President until he could be moved. She lifted the President’s head onto her lap and bathed it with water, Keene wrote in her memoirs.

In all the chaos, everyone thought the President had been shot in his chest. His head wound was revealed through the mark of blood stained on Keene’s dress.

One of the greatest women ever connected with the American stage, Keene would be more closely identified with Lincoln’s assassination than anything she ever did in her profession.

Born in Winchester, England, in 1826, Keene entered theatrical life through the help of her retired actress aunt. She made her London debut on October 28, 1851.

One year later, she made her debut in New York City. By Christmas Eve 1853, her dream of running a theatre came true—the Charles Street Theatre in Baltimore, Maryland.

After producing 34 plays, she headed to California’s Gold Rush camps to tap into the need for quality entertainment. After her April 6, 1854, debut as an actress, the Metropolitan Theatre in San Francisco hired her to manage her own production company, with a $30,000 annual income.

In July 1854, she traveled to Australia to reap the benefits of that gold rush. John’s brother, Edwin, had convinced her to perform with him and another actor.

After an affair with Edwin and a return to San Francisco, Keene headed east. From November 1856 until that fatal day in 1865, she entertained East Coast crowds. Tom Taylor penned the last play President Lincoln watched, but Keene gave the play its name.

After the assassination, the cops arrested Keene, suspecting she helped John plan the shooting. Upon her release, she canceled future showings of Our American Cousin.

Until the day she died, on November 4, 1873, Keene protested others putting on the play she owned, including none other than Edwin, who produced Our American Cousin a mere seven months after his actor brother had assassinated President Lincoln.

Chris Enss is a New York Times bestselling author who has written more than 20 books about women in the Old West. Her latest book is Entertaining Women.