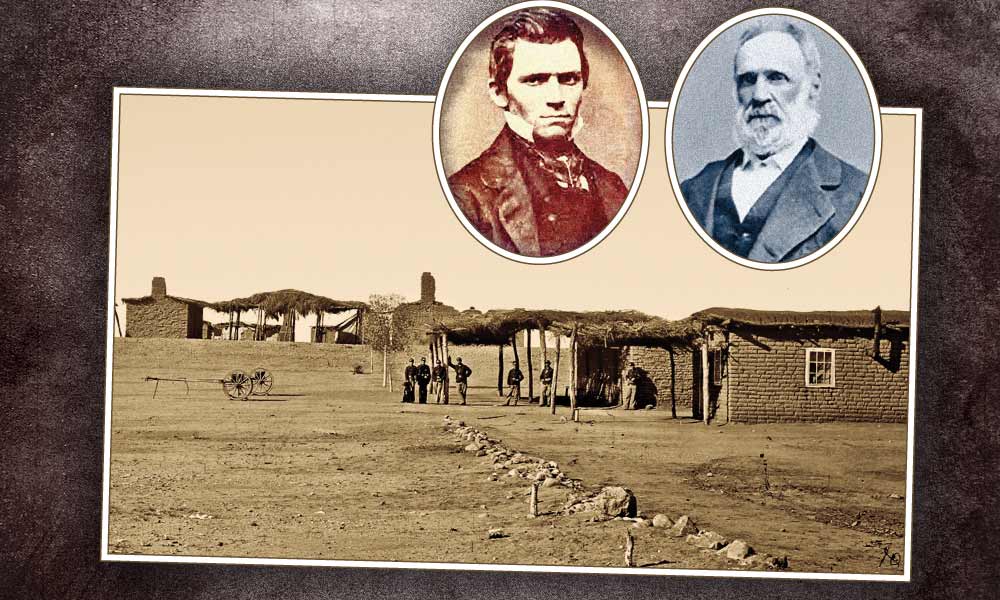 The Old West’s Indian Wars were brutal affairs, with innocent victims on all sides. Depredations were all too frequent. One was the Camp Grant Massacre of 1871.

For several years, the U.S. had been trying to either eradicate or pacify the Indian tribes of Arizona Territory, with limited success.  A breakthrough came in early 1871, when 1st Lt. Royal E. Whitman took command at Camp Grant, about 50 miles northeast of Tucson. He had a relatively kind disposition toward the Indians, and they knew it.

After he took charge, Apaches—mainly Aravaipa and Pinal—surrendered to Whitman in exchange for food and supplies. He set up a refuge near the camp, where some 500 Apaches settled.  To pay for their goods, they cut hay for the soldiers’ horses and harvested crops at nearby ranches.

The situation was peaceful, but tense. Settlers—whites, Mexicans and other Indian tribes—were suspicious. Constantly on guard, they feared the Camp Grant Apaches might rise up at any time. Tucson residents formed a committee of public safety and began stockpiling weapons and ammunition—just in case.

Indian attacks in the area didn’t lessen. Chip Colwell-Chanthaphonh, the author of Massacre at Camp Grant: Forgetting and Remembering Apache History, believes Chiricahua Apaches were responsible. But the region’s settlers blamed the Camp Grant Apaches, and they decided to end the problem, once and for all. William Oury, a former Texas Ranger and the mayor of Tucson, helped organize the plan.

An estimated six Americans, 48 Mexicans and 92 Tohono O’odhams attacked the Apache camp at dawn on Sunday, April 30.  Most of the Apache men were hunting in the mountains. The O’odham reportedly led the charge into the village, killing, raping and mutilating mainly women and children.

Just how many Apaches died that day is unknown—the estimate ranges from 20 to 150. Colwell-Chanthaphonh believes more than 100 died. He says about 30 captured children were either sold as slaves in Mexico or placed as servants in Tucson homes.

President U.S. Grant, feeling pressure from Eastern newspapers, pushed to have the perpetrators tried. In December 1871, more than 100 men faced a jury. But the killings were popular among Tucson citizens; the defendants were found not guilty after just 19 minutes of deliberation.

One participant, Sidney DeLong, was elected the mayor of Tucson. Over the years, many streets and institutions were named after men directly or indirectly involved in the massacre.

Oury summed up the point of view of the attackers, stating they had the “full satisfaction of a job well done.”

Fights between area Apaches and whites continued over the next several years.  Many people have forgotten the Camp Grant Massacre; the Apaches have not.