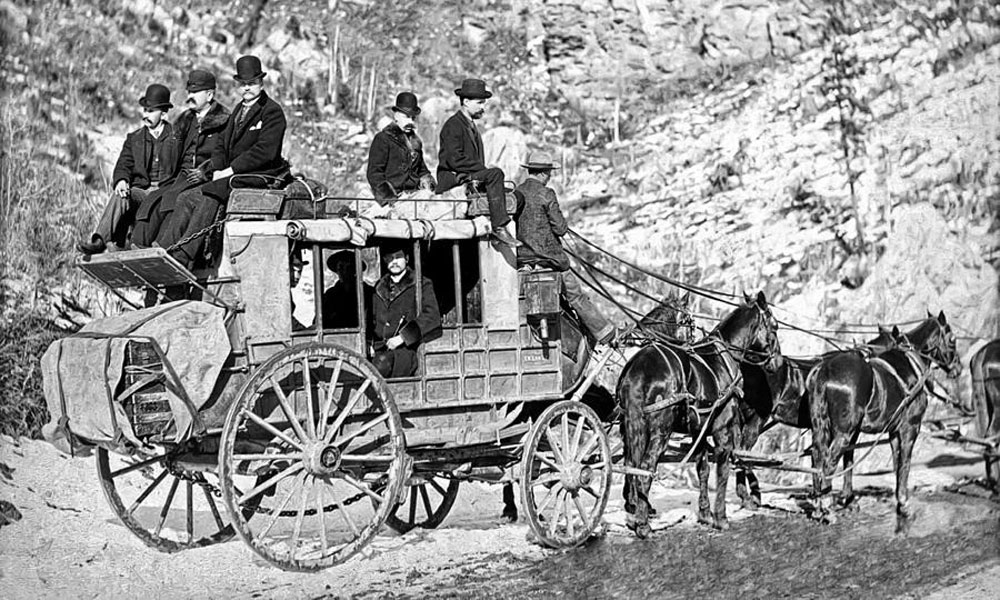 Author Bob DeArment, a prolific writer and expert on the Wild West, wrote a gripping story on Johnny Slaughter, the stagecoach driver killed on the Cheyenne-Deadwood run.

The road agents were the Sam Bass gang from Texas in August, 1877. Some of them had driven a herd up the trail and after selling them, blew most of their money on whiskey, women and gambling (the rest they spent foolishly). They decided take up robbing stagecoaches.

The stage driver was 25-year-old Johnny Slaughter, the popular son of Judge James Slaughter, marshal of Cheyenne. The Slaughter family was one of the earliest settlers in Cheyenne. He would become the first driver killed on the Cheyenne-Deadwood run.

As they were passing through Whiteside Canyon just 2 ½ miles outside of Deadwood several masked men appeared and one shouted “Halt.” The stage horses bolted and shotgun-wielding gang member Reddie McKimie, cut loose with a blast hitting Slaughter in the chest. Some of the pellets hit Walt Iler, a passenger sitting next to him. Both men tumbled off the stage and the startled horses took off down the road. The outlaws unnerved by the event, gave up and left.

It was said Reddie McKimie, an Army deserter who’d joined the gang in Deadwood, caused such repugnance from the Texans from the wanton murder he was banished from the gang afterwards. Author Rick Miller says later McMimie supposedly escaped from prisons in California and Utah, and was eventually sentenced to prison in Ohio in February of 1879, although that information was secondhand. Bob DeArment adds that after his release from prison in Ohio in 1890 he disappears from history.

Johnny’s body was taken back to Cheyenne for burial. The long funeral procession was the longest in Cheyenne up to that time.