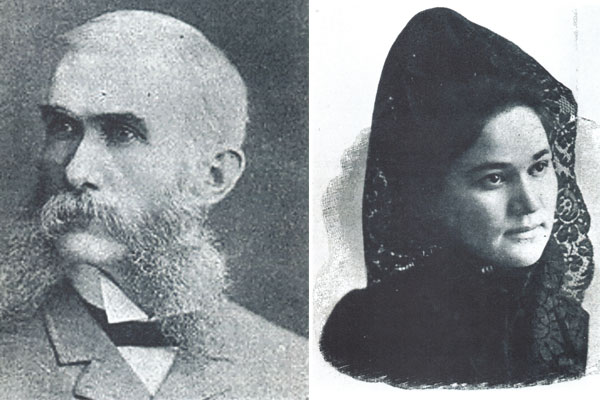 Back in the 1880s, a man from Missouri named James Addison Reavis, who was skilled in the art of forgery nearly succeeded in pulling off one of the largest land swindles in history.

Reavis invented a phony family lineage that began with a Don Nemecio Silva de Peralta de la Cordoba.  The fictitious Peralta was given the title of Baron de los Colorados by King Ferdinand VI in 1748, along with a huge grant of land.

The land he claimed was nearly twelve million acres, running through the heart of Arizona extended from today’s Sun City across to Silver City, New Mexico. It included rich mining properties and railroad right of ways.

He found a poor, sixteen-year-old orphan girl whom he christened, the “Third Baroness of Arizona”. Then he married her and claimed the title, “Baron of Arizona”.

The baron proceeded to alter records from Mexico City to Spain. Amassing a fortune collecting monies from his “tenants” he maintained homes in Arizona, St. Louis, Washington D.C., Madrid, and Chihuahua City.

The scam was working so well he wanted even more money so he decided to sue the U.S. Government. Bad move. Agents exposed his documents as fraudulent. He was tried and convicted but the world loves a con man who schemes big.  The baron was sentenced to only two years in the pen. The baroness went to her grave believing she was a real one.